I thought it would be fun to explore my favorite section of Previews: the collections. What you’ll find here, is that after the solicitations and Previews catalog has been released, I’ll showcase some of the collected highlights. If this list spurs both your interest and wallet in one of these books’ direction, remember that they are sometimes shipped a few months later than the release of the single issues they are solicited with. This might be a little longer for availability on Amazon. Also, for most retailers, they need any pull list preorders before the middle of the month, so if you want to guarantee availability, act fast!

Even though this series isn’t over yet, I think you would agree that it has been the most interesting event book out of Marvel in a very long time. If the end is anything like the beginning, then Hickman’s Marvel swan-song will deliver on that promise for world-shattering ramifications. For those holding off for the collection, an oversized hardcover will surely not disappoint, especially one released in November, just before the holiday season.

The Superior Foes of Spider-Man Omnibus

For my money, this was the best thing to come out of The Superior Spider-Man years, even though Spider-Man hardly shows up in these issues. Instead the protagonist is Boomerang, who joins up with other D-list villains to prove that they are the next Sinister Six (even if there is only five of them). With Spencer’s hilarious dialogue and Lieber’s visual gags, this series has gone on to become Marvel’s biggest cult classic since Nextwave. I would suggest if you are the slightest bit interested in this collection, pick it up now. Odds are it will be one of the omnibus to go out of print quickly. 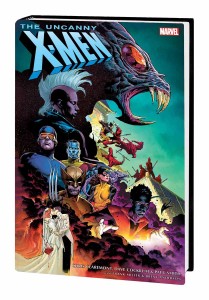 I wouldn’t normally recommend a third volume without the purchase of the first two, but man, this is an exception. The Brood Saga, The Magik mini-series, Frank Miller’ Wolverine series, God Loves Man Kills. It’s unreal how much classic X-Men is crammed into these 968 oversized pages. The beautiful Jerome Opena cover is the perfect bow on the package.

Silk Vol. 0: The Life and Times of Cindy Moon TPB

The character of Cindy Moon when she premiered during the Original Sin tie-ins of Amazing Spider-Man proved that there are exciting characters to be created out of an old franchise. If anything, Stacey Lee’s expressive art is reason alone to pick up this collection of seven issues. Hopefully high sales of this title will result in Marvel using this character more in the Spider-universe. 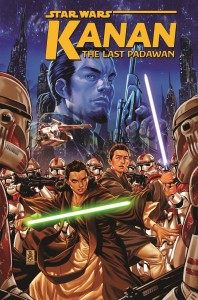 This is the only Star Wars comic I would recommend picking up in trade paperback form, due to the unlikely nature that it will be reprinted in a later hardcover. This is due to it being separate from Marvel’s main Star Wars books and the lower-profile creators attached. That isn’t to say that this isn’t a quality comic. Well-written and skillfully illustrated, it is for both fans of the Rebels series, and a justification for prequel apologist. Kanan is a fascinating character that is partially through Jedi training at a time that is foreign to most movie fans. It’s an excellent opportunity for readers to explore the series new expanded universe.

The Flash by Geoff Johns Book One TP

Once upon a time, Geoff Johns wasn’t nearly the powerhouse writer and exec at DC Comics. Johns’ run on The Flash was his first long running comic series featuring a legacy character from the publisher. On top of all it is one of the greater runs covering Wally West after Mark Waid left his landmark series. If you missed the three volumes of the omnibus, or want a more affordable option that is easier to carry around, this edition promises to be the first in multiple collections. This is the perfect example of a writer who loves their character. 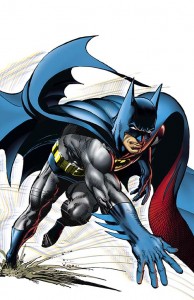 As big as The Caped Crusader is, this is only his second omnibus. If there was one run to focus on, this is definitely the era to do so. Adams is a great creator to focus a collection around, but from a narrative standpoint, this one will seem all over the place. What will be a negative is the inclusion of Batman Odyssey and his material from Black and White that shows that the artist isn’t quite what he once was. But 75 bucks is a small price to pay for his collaboration with Dennis O’Neil that is included in its entirety here. This is a case where the complete collection isn’t perfect, but there is plenty of perfection within.

DC has really stepped up its game when it comes to rereleasing legendary runs. This is the perfect example of a book that shows the 90s were an awesome time for mainstream superheroes, sparking a very long run of Tim Drake as The Boy Wonder. For writer Chuck Dixon, this will be the place to explore his evolution with the character that will span over a hundred issues.

This critically acclaimed mini-series is completely collected in one volume. In a time where Vertigo’s future looked debatable, this was a book the showed there was still life in the alternative subsidiary. The series follows three mafia wives who take up the family business after their husbands are arrested. Leave it to Ming Doyle to present a life of vice to look so appealing, especially given the 70’s landscape. It’s a great price for a fascinating story. 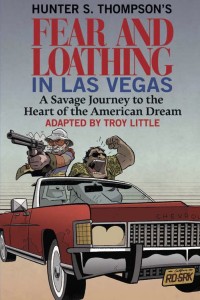 You may have read the book or have seen the movie, but this is one version that might be worth taking a look at. Eisner-nominated creator Troy Little has made a name for himself with his Powerpuff Girls run and creator-owned Chiaroscuro and Angora Napkin. This book, a passion project, will allow him to expand with the surrealist material. Given that Thompson included Ralph Steadman’s illustrations in his original articles for Rolling Stone and the later novel, it will be interesting to see what the next step in combining Thompson’s writing with illustrations will be. 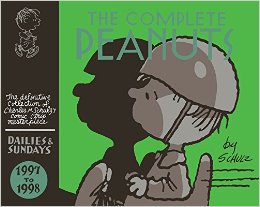 The bad news is that if you haven’t been collecting these editions from the beginning, this is the second to last book of a 25 volume series. Fantagraphics, like with everything they release, have proven that they deserve the honor of handling the Peanuts comic strips.  What makes this collection so special is that it will be released around the time of The Peanuts Movie in November, including an introduction written by producer Paul Feig.

Let me know what you guys are picking up! I’d love to know the taste of my audience so I can make the picks a little bit more specific next month. For now these are just my picks, and hopefully I took some books that could use an extra push and inspired a new audience for some of these excellent series. Thanks for reading my column and please check back occasionally for next month’s highlights and my thoughts on the comic industry!