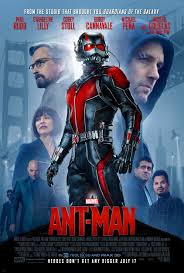 I’m a bit surprised at the relative ambivalence around Ant-Man’s “poor” performance in its opening weekend. Apparently, there are two ways of looking at things. While a good number of folks are celebrating the magnificent small achievement the flick is, a bunch of outlets — particularly in the movie biz — are having trouble managing their expectations. I’m here to take a stand for the first way of looking at things. Here are twelve things I loved about Ant-Man.

Ant-Man was a good time.