One of the more exciting traits of Marvel’s Star Wars comics is the possibility for creators to expand on those moments that happened in between the movies. In Lando #1 Charles Soule and Alex Maleev expand on one of the saga’s more mysterious supporting characters, though unfortunately, though personally I think it felt like a missed opportunity. 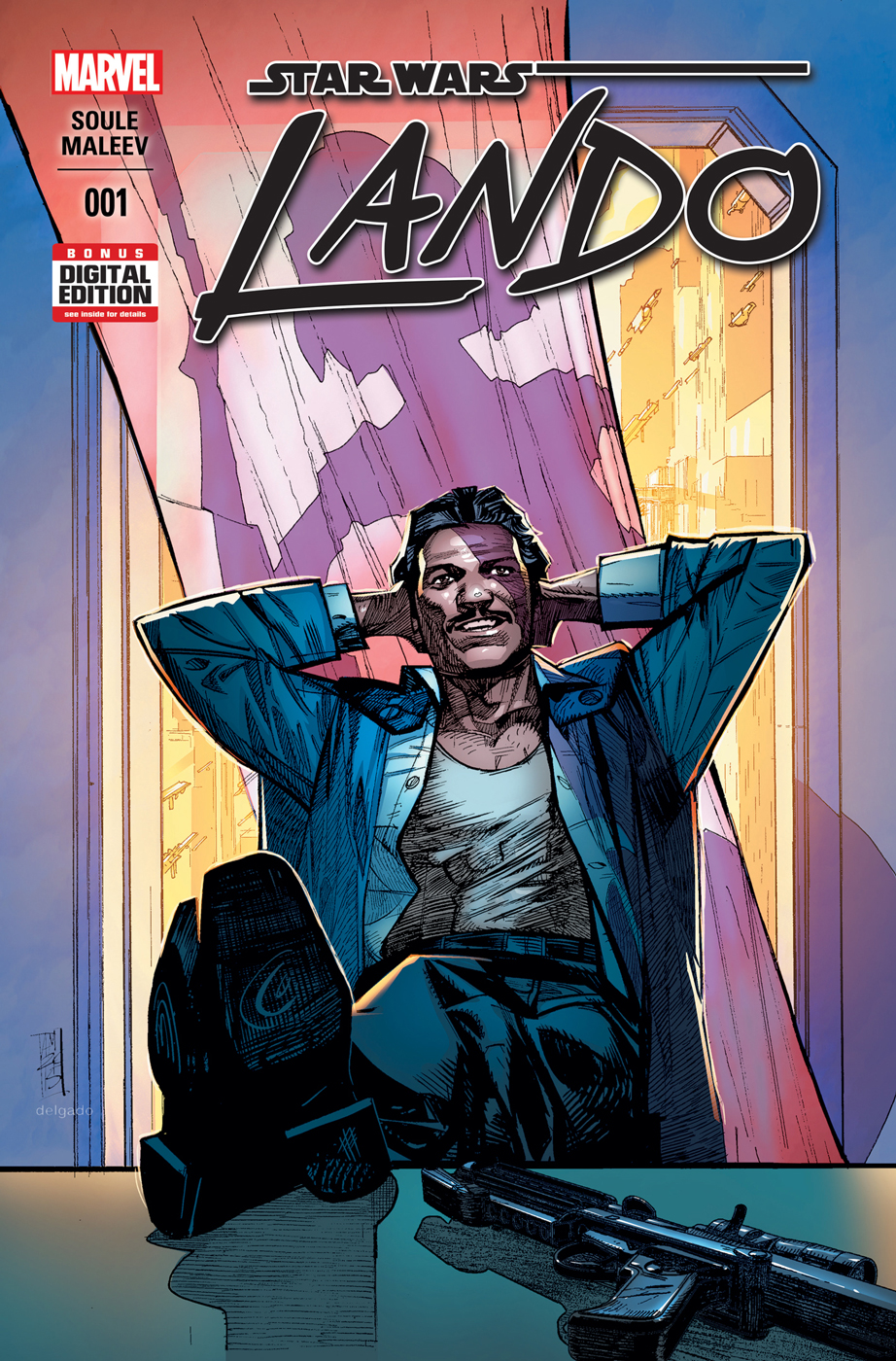 Lando’s comic book return focuses on he and his partner, Lobot, taking a job ripping off an imperial ship that will aid them in paying off several crime bosses they’ve borrowed money from. Unfortunately, it’s a great premise that failed to deliver, for me. I think that part of the issue stems from this story taking place before the movies, therefore I was never in fear of the stakes concerning Lando’s survival. Both Aaron’s Star Wars, as well as Gillen and Larroca’s Darth Vader, have to rely on the personality of the characters and how they react in situations we haven’t seen them in before. This book is predominately humorless for a character who is historically quite funny. Also,  when the book has the chance to be exciting, that event is glossed over by exchange of bland conversational scenes. Additionally, I think intimate and personal moments in comics aren’t a bad thing, but the dialogue needs to be more engaging than what is present here.

Though all is not lost for Lando. Maleev’s interiors are well done, but not given much of a chance to really stand out. There are also some fun creatures in this book that have that Star Wars feel. A comic series can survive a rocky start, but it becomes increasingly more difficult when it’s a mini-series like this. Here’s hoping it finds its legs and quick. As of now, it might be a safer bet to let a few more issues come out and then look into the trade.

Verdict: PASS…for now. I can’t believe I’m saying this, but this might be the Star Wars comic to pass on, even for die-hard fans. I hope that this is just a slow start to what is otherwise exciting story. For now, check it out for yourself or play it safe and check out the trade in a few months.