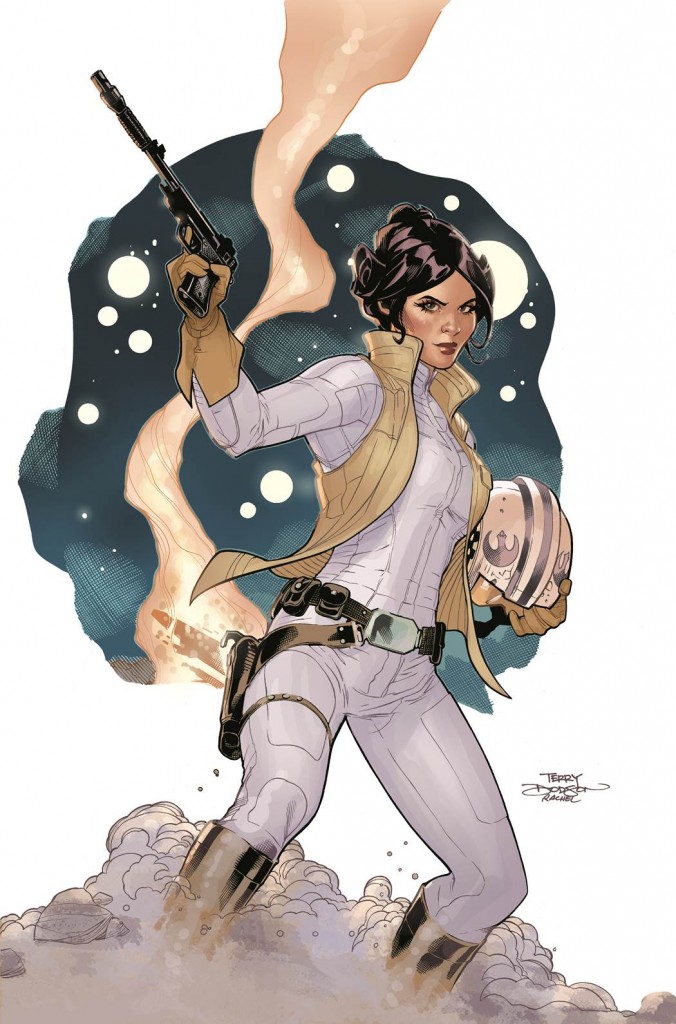 One of the biggest problems with the original Star Wars trilogy is the lack of women onscreen.  This vast, incredible story gives only the smallest glimpse at one of the most fascinating characters in science fiction: Princess Leia.

That is where the books and comics shine.  They have traditionally given readers more insight into the mind of Leia and her personal journey through the Galactic Civil War and the formation of the New Republic.  The newest addition to the comics takes place immediately after the ceremony at the end of A New Hope.

The Death Star’s destruction is the start of the Rebellion’s problems.  They have essentially painted a giant target on their backs, and the fact that the Empire knows they are still on Yavin.  With time ticking, the Rebellion must find a new base, and quickly.

Waid pays special attention to one major event brushed aside in the movies – the destruction of Alderaan.  This pivotal moment is not brought up in the other movies.  Leia appears unaffected in later scenes in A New Hope.  The death of Alderaan is important in displaying the cruel power the Empire holds, but the poor execution of its affect on Leia leaves much to be desired.  Luckily, this comic deals with the fact Leia is the last daughter of the House of Organa.

With that premise, Waid shows how others perceive the “ice princess” and her response to their assumptions.  It would be easy to make it a gushy story about feelings and emotions and the like, but Waid makes Leia’s response so iconically Leia that it is easy to picture her acting in that way.  She’s not one to sit around and feel sad for herself; she’s going to go out there and make  a difference.

In terms of storytelling, Waid and Dodson do an incredible job blending new and familiar characters together to expand on Leia’s story between A New Hope  and Empire Strikes Back.  Evaan, an X-Wing pilot from Alderaan, is especially interesting.  Her response to Leia’s leadership was initially off-putting, dripping with a “girls-hating-girls” vibe.  Stick with it, though.  I have a feeling these two are going to do some amazing things in the name of Alderaan.

Sadly, this is a mini series, which means our time with Leia is limited.  Hopefully, the success of these five issues will result in more Leia comics from Marvel.

I think y’all know what I’m going to say here.  Buy it!  It’s a great compliment to the Star Wars and Darth Vader comics from Marvel, and a great issue in itself.