Story and art by Naoishi Komi 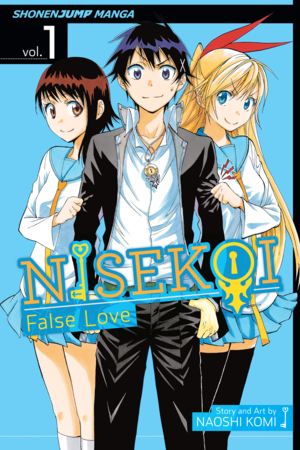 Nisekoi, oh Nisekoi, how do I love thee Nisekoi?  Let me count the ways.

Let’s be clear:  harem manga is weird.  One guy, several girls vying for his attention, and a story that throws him in unpredictable situations with each girl.  It’s like an episode of the Bachelor gone wrong.

Yet, there is something endearing about Nisekoi.  Raku Ichijo is the son of a yakuza boss.  All Raku wants in life is a chance to be a normal young man.  He dreams of higher education, and he has skill in the kitchen.  He considers the gang members to be parts of his extended family, but he knows his life is beyond the empire his father maintains.

Chitoge Kirisaki is the daughter of the head of an American gang.  She is smart, beautiful, and commanding.  She follows her father to Japan as he expands his business.  While the gang leaders have no problems with each other (in fact, they are old friends), their individual gangs cannot see past initial differences.  The father hatch a plan: If the children appear to be dating, the violence between the gangs may subside out of respect.

This wouldn’t be such a bad plan if Ichijo and Kirisaki didn’t hate each other.

The comedy of Nisekoi comes from how much Ichijo and Kirisaki despise one another.  They insult each other under their breath, hit each other, and generally try to stay apart.  Their relationship is a farce, and they resent that fact.  To make matters worse, Ichijo’s long time crush Kosaki might like him.

One of the main plot devices of Nisekoi is a locket that Ichijo wears around his neck.  This locket is a symbol of a promise he made ten years ago to a girl he knew, a promise to one day marry her.  Childish promises aside, it is a sweet gesture that he still feels obligated to find the girl.  In true manga fashion, the girl who holds the key to his locket may be a lot closer than he realizes…

Nisekoi is a fun, tasteful harem series that features clean artwork and nuanced character development.  All of the characters (well, I’m not sure about Tachibana!) have likable qualities, and Ichijo’s true love seems up in the air at any given moment.  Overall, it’s been a fun series to read in volumes.  Oh, and the anime series is pretty great, too!

Nisekoi is published in print and digital by VIZ Media. 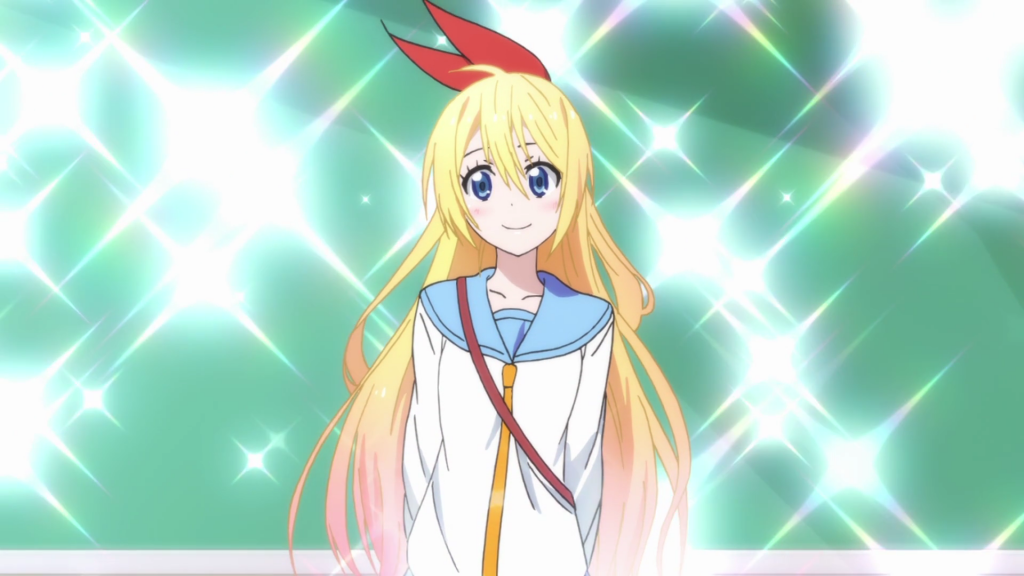