Raqiya from One Peace Books is an indie manga series that using biblical mythology to weave a tale of the end of days.  This series, told in five volumes, displays incredible artwork as well as a different kind of apocalyptic story.

The story begins with the death of Luna’s family.  A semi truck crashes into her family’s vehicle, leaving a young Luna alone in the world.  While in the morgue, Abraxas appears out of the charred flesh of her father, mother, and brother.

Luna, descendent of Norea…The Advent of Adam Kadmon is near.  The descendent of Norea will meet with Eleleth.  Alkon Hec, Selera, Creatrice, all will return to the eternal pleroma…Haketsu expands and covers all.  All revolves around that origin!  Deeply influenced is the true nature of outward appearance.  Ennoia will become Anima Mundi.  This is the beginning.  A contract with the 3 offerings.  And I, Abraxas, will become your servant.

Luna is a child, and she does not understand what this naked, blood-covered demon is offering her.  At the mention of a delay of seven years, Luna agrees to fulfill the prophecy.  In the meantime, her family is restored to her, and she lives as a normal woman.

As the seven years close, Luna is faced with her unwilling role in the coming end of days.  Word gets to the Catholic church, and centuries of religion is suddenly threatened by the presence of Luna.  What ensues is a bid for power with beliefs in the balance.

Raqiya takes some time getting used to.  As you may notice from the quote above, there are a lot of references that will not make sense to the average reader.  What helps is a quick glance at Wikipedia (or your trusted internet browser) to help you recognize the importance of the references to Luna’s predicament.

Most notable about Raqiya is Boichi’s artwork.  Each panel is filled with incredible detail that cannot be fully appreciated in one glance.  His work is full of symbolism, and it is rewarding to those to pay careful attention to the story.  On the flip side…there are a lot of panty shots.  A lot.  One look at the covers tell you how Luna is portrayed in this series.  She is primarily an object in the end of days, and she does not gain much agency in her own story.  Rather, she is an object to look at lustfully has circumstances around her dictate how her life ends up.  Raqiya has several sexual images, though not entirely explicit…and lots of blood. 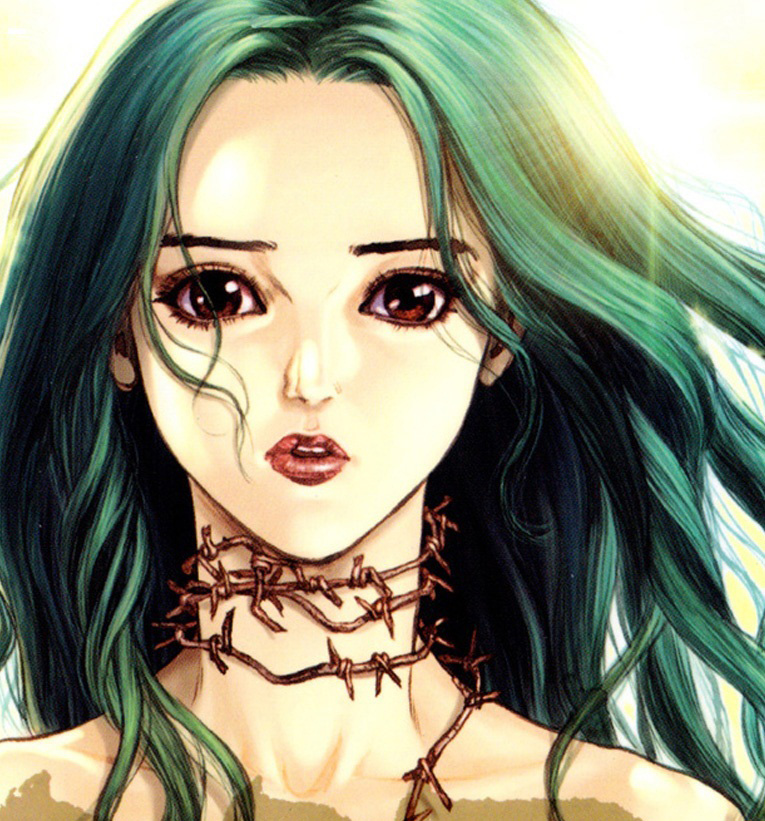 Raqiya is a relatively new series that hit English-speaking audiences in October, 2014.  The final three volumes of the series released from One Peace Books on February 17th, 2015.  It has high re-readibility value, especially for the incredible artwork and complex story told within the five volumes.