In Real Life: The Joker
By Stephanie Cooke 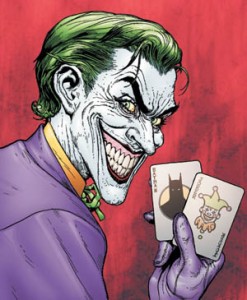 There are a lot of comic book characters in the world. Like a lot, a lot. Many of them are completely original creations from the minds of writers and artists but every now and again they’re based on real people or other characters that have come before them. Not all of them are shocking, but in this column, we will go through (with some regularity) some of those inspirations and dive into why they inspired the characters they did and who they were on their own.

The first character we’re going to talk about is one that is almost as iconic as Batman himself and that is The Joker.

There have been plenty of articles that cover this exact sort of thing, but as far as I’ve seen, they’ve mostly just been listicles. Maybe that’s just because I have the attention span of a goldfish, but it’s my truth and I’m sticking with it.

The History of The Joker

The Joker made his first appearance in comics waaaaaay back in 1940, on April 25 to be exact, in Batman #1. He’s been Batman’s criminal sidekick just as long as Robin has. Although Robin is decidedly a goodie-two shoes, unlike The Joker. He was created by Bob Kane, Bill Finger and Jerry Robinson, although given Kane’s track record for uncredited thievery, it’s entirely possible we can take him out of the equation as a legit creator, but we won’t argue about that here.

The Joker is a criminal genius, psychopath with a very dark sense of humour, which is always on display for us with that maniacal smile of his. He’s a chemist and an engineer and is always finding ways to make good ol’ Bats’ life a big pain in the butt. I won’t get into his origin here since he’s had several over the years but the most common one involves The Joker falling into a vat of chemical waste that drastically alter his appearance to the monster we know now.

He is Batman’s nemesis and largely considered to be his greatest adversary, which I kiiiiiind of disagree with, but that’s an article for another time.

The Joker has been portrayed by many different actors over the years including Jack Nicholson and the late Heath Ledger and voice actors Mark Hamill, Brent Spiner, Troy Baker and more.

Who Inspired The Joker 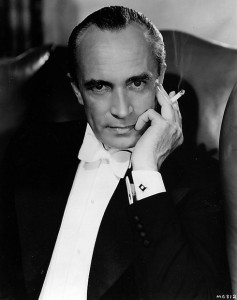 Ah-ha! This is the main reason why you all chose to read this article, even though so many of you know the answer (we’ll touch on some more lesser known inspirations later).

On January 22, 1893 (thus why this article has gone up on January 22…) in Berlin, Hans Walter Konrad Weidt was born and would go on to become a movie star. Better known as Conrad Veidt, he’s credited in over 100 movies from 1916-1943 including Casablanca, The Cabinet of Dr. Caligari, The Thief of Bagdad and a silent film from 1928 titled The Man Who Laughs.

Do you see where this is going?

The Man Who Laughs was an adaptation of a novel of the same name written by Victor Hugo that is often compared to The Hunchback of Notre-Dame. Veidt plated Gwynplaine and an actress named Mary Philbin starred alongside him as a blind woman named Dea. The plot of the film (as taken from IMDb) is this:

“When a proud noble refuses to kiss the hand of the despotic King James in 1690, he is cruelly executed and his son surgically disfigured.” 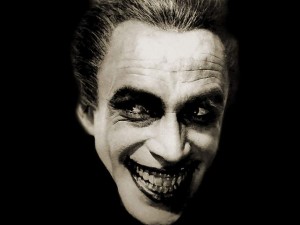 The son is Gwynplaine as, once again, played by Conrad Veidt.

If you look to the image, you can see the incredible resemblance that Gwynplaine and The Joker have. In order to achieve the effect for a real film (and not a drawing), Veidt used a set of dentures that were fitted with metal hooks meant to pull back the corners of his mouth (ummmm ouch). When the dentures were in place, Veidt could not speak… so it was probably a good thing that The Man Who Laughs was a silent film.

The fine fellows (fine is an arguable word to describe Bob Kane as he’s also a known thief of other people’s works but again, we’ll argue that another time) saw The Man Who Laughs or saw promotional images for it and The Joker has gone on to become more famous than the inspiration.

Watch the trailer for The Man Who Laughs: