The Hollywood Reporter are breaking news that Glee and Whiplash star Melissa Benoist has been cast in the lead role in the upcoming Supergirl TV show. 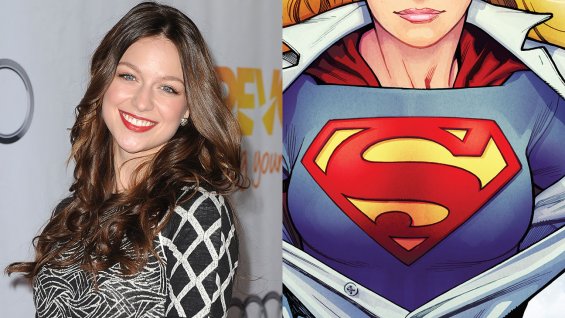 Benoist will portray Superman’s cousin Kara Zor-El, sent to earth at the age of 12 and forced to hide her abilities for more than a decade. A previously released synopsis said “Kara is forced to bust out her super moves in public during an unexpected disaster. Energized by her heroism for the first time in her life, she begins embracing her abilities in the name of helping the people of her city, earning herself a super moniker along the way.”

After the news broke, Melissa Benoist took to twitter to share her excitement at being handed the part:

I wish there was a superhero emoji

Supergirl has already received a full series commitment from CBS, with Arrow alumni Greg Berlanti acting as showrunner. No Ordinary Family’s Ali Adler is attached to write the pilot and act as Executive Producer alongside Andrew Kreisberg who currently works on The Flash.