A short time ago, Marvel held a press conference in Midtown Comics teasing the “announcement to end all announcements.” Marvel’s Editor-in-Chief Axel Alonso and Senior Vice President of Publishing Tom Brevoort came together to break the news.

Tom Brevoort elaborated, saying “Once you hit ‘Secret Wars’ #1, there’s no Marvel Universe, there’s no Ultimate Universe. It’s all Battleworld.” “None of these stories are What Ifs are alternate reality stories,” Alonso added. “And they will have legs. They will impart new things into the Marvel Universe going forward.” 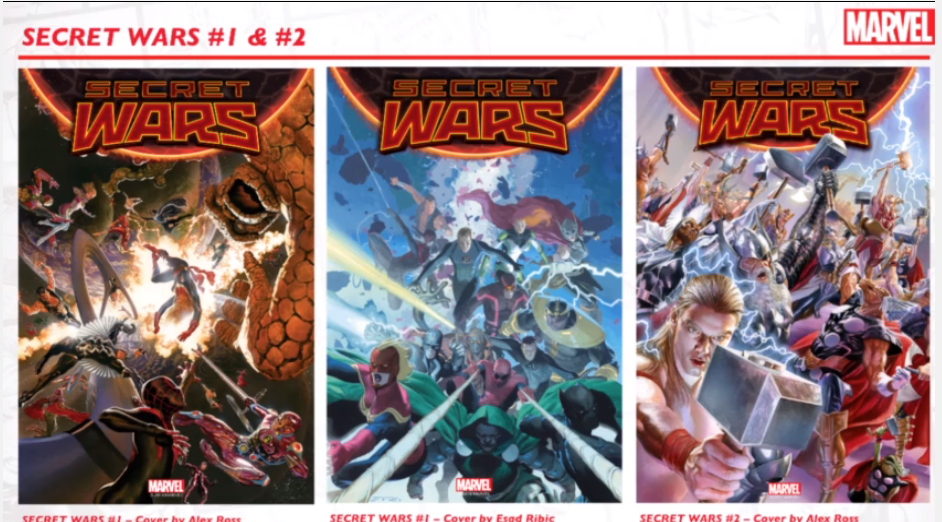 The current Avengers story line will lead into Secret Wars, with a series of ‘incursions,’ meaning one reality colliding with another. Brevoort recaps: “a series of intersections between universes. Situations where two parallel universes intersect at a given point.” Such intersections are called “incursions” — “two Earths go in, one comes out. Or none of them come out.” Currently, this has lead to Black Panther reforming the Illuminati, but the group is yet to find a solution to the incursions.

Talk also turned to the Secret Wars Free Comic Book Day issue, which Brevoort said will act as a “primer” for readers. “You’ll get caught up to speed where everything is in the Marvel Universe and the Ultimate Universe going into ‘Secret Wars.'” Also, the issue will include the Marvel/Attack on Titan crossover, previously only published in Japan. Secret Wars #2 will be what was described as “the fat one. It’s a gargantuan, oversized issue. It will give a full guided tour of the new Battleworld, and set up everything you need to know. Esad Ribic just turned in the last pages for it earlier today. Stunningly beautiful work by Esad.”

Axel Alonso rounded off the press conference, saying “This is putting an end cap to decades of stories, and starting a new era. When you see the scope of the stories, you’ll see what we’re willing to do. If we wanted to resurrect Gwen Stacy, this would be the place to do it, wouldn’t it? If you ever wondered what would happen if you take the ‘Age of Ultron’ universe and perch it next to the ‘Marvel Zombies’ universe, this would be the place to do it. Secret Wars will be a great jumping-on point for new fans.

Secret Wars, written by Jonathan Hickman with art from Esad Ribic will begin in May 2015

What are your thoughts on this announcement? let us know in the comments!