There are a lot of fantastic books on this list, but like any compilation of favorites there were some that were left off. Books like Magneto, Loki Agent of Asgard, Deadly Class, Sheltered, In Real Life, Forever Evil, Black Science, Nailbiter, Ghosted and Gotham Academy left deep impressions on me throughout the year. While titles like Annihilator and Wytches missed the list because I want to see a little more from them before making my final call.

This one really snuck up on me. I’ve never read any Love and Rockets, but that didn’t stop me from loving Jaime Hernandez ‘s slice of life tale. His protagonist Maggie is one of those special characters, someone who is perfectly ordinary and yet at the same time is completely fascinating. The story of The Love Bunglers weaves throughout most of her life and creates a tapestry of both joy and pain. There is a searing sadness to the events that befall Maggie’s little brother as a child, and the fact that we see the effect on him as an adult makes the story doubly effecting. The Love Bunglers is strikingly different than the other books on my list. There are no super powers, zombies or multiple dimensions. There are only great characters with a great story that will leave you thinking about this book for days. 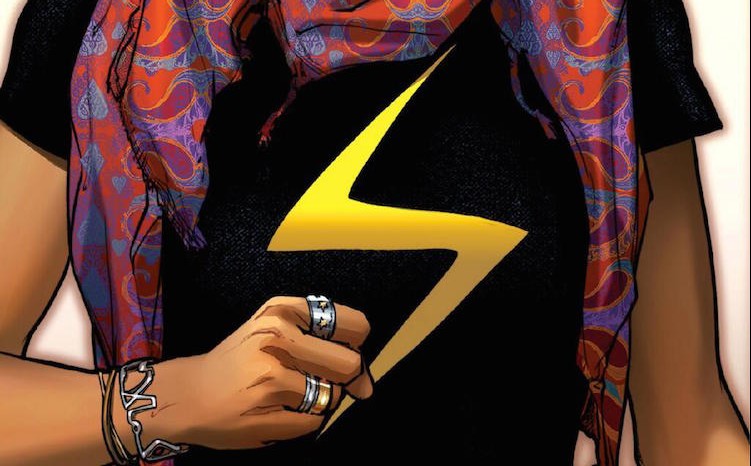 Perhaps you’ve heard of this? It only has Kamala Khan, the best new character in comics since Peter Parker got bit by that radioactive spider. G. Willow Wilson, Adrian Alphona and Jake Wyatt have created a book that is much more than a cultural statement. Its mix of slice of life, super heroics and good humor, make it one of the best books at Marvel. 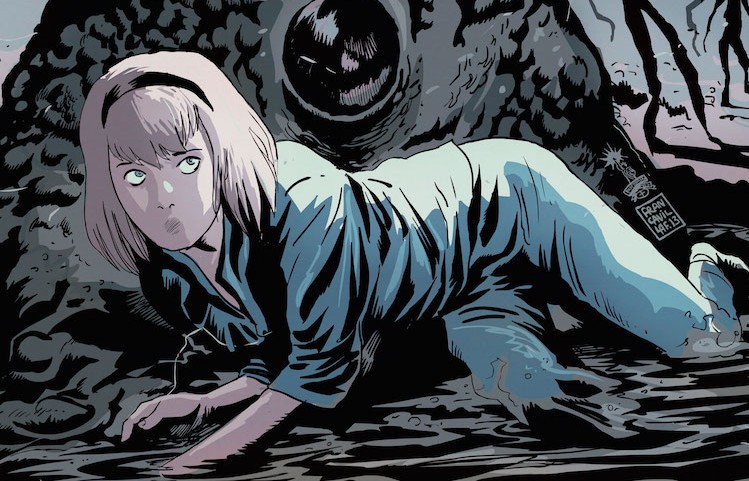 Afterlife with Archie might not come out often, but when it does it makes an impact. Issue six focuses on Sabrina, the cause of all this madness, who has been banished to limbo. Roberto Aguirre-Sacasa and Francesco Francavilla continue their wonderful horror comic by indulging their deepest Lovecraft fantasies. The result is so good that it made the grade as the only single issue on this top ten list.  I would recommend Afterlife with Archie to anyone as a highlight of the medium.

Lets talk about this. After 3 + years of amazing stories Scott Snyder and Greg Capullo continue to knock it out of the park with the biggest hero of the bunch. Each and every issue is a love letter to the Dark Knight and his giant supporting cast. In the year 2014 Snyder and Capullo endeavored to redefine on of the most well known origins in modern fiction and they did so astoundingly well. The team also began Batman’s first trip into the larger DC universe and in doing so injected a bit of lightning into the status quo of Snyder’s story. The other amazing thing about this book is that Greg Capullo continues to improve issue in and issue out. It seems there is no ceiling to his talent and no end to the inventive (and creepy) ways he can bring the Bat-Universe to life. The only reason it sits outside the top 5 is that Zero Year didn’t hit me the way Death of the Family did. However, if the series continues the flair its found with Endgame it will be hard to keep out of the top spot next year. 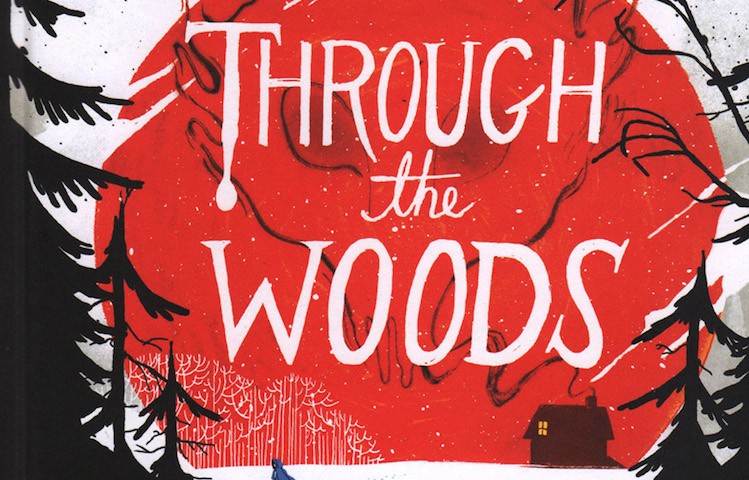 I love horror, and Emily Carroll is proving to be one of the most important new voices in the genre. No book this year has managed to lodge itself into my subconscious the way that Carroll’s has. When I’m not reading it I find myself constantly dissecting the way she has designed her stories. What makes them so scary? How do the writing and the art play off each other to deliver the most effective story possible? When I am reading it I’m transported to the times as a kid I would be spooked out of my mind. Carroll shows amazing restraint in her scares, knowing that at times its what you don’t see that can be the most terrifying. Every time I think about Through the Woods it rockets up another spot on my list. It’s a special book. 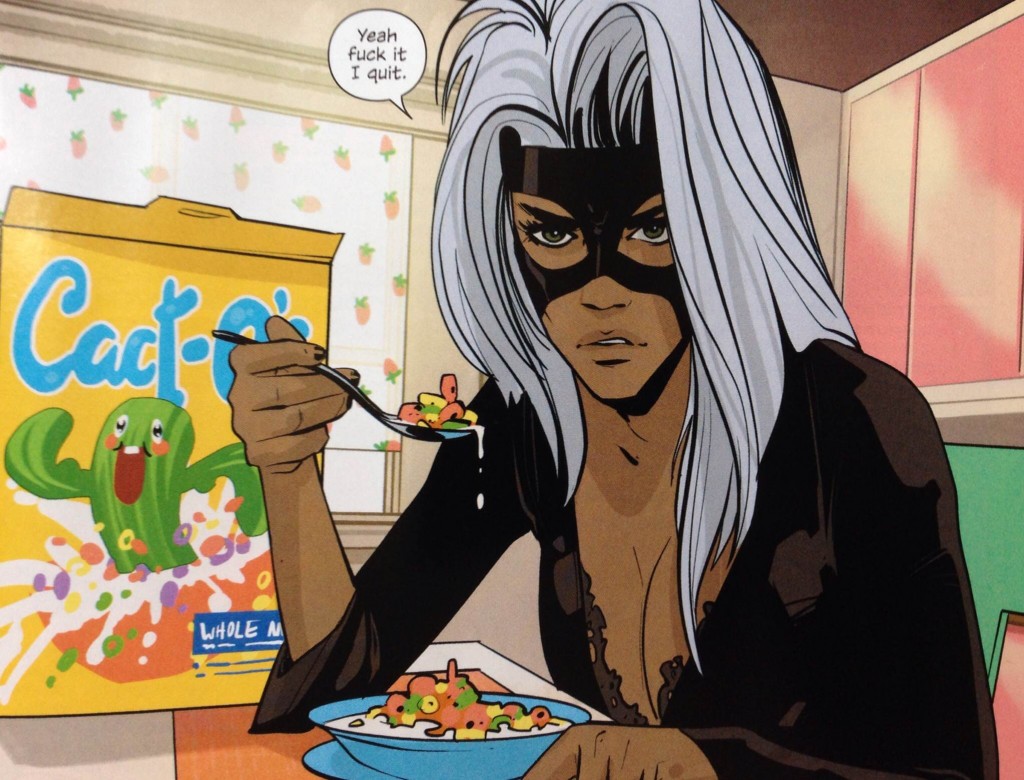 I’ve always been a huge fan of Saga, but it wasn’t until the most recent arc that I fell in love with it. The story of Alana and Marko has been a story of passion. Two people so in love that they forsake everything for their love and new family. But volume 4. begins to ask the question: “Now what?” The constant fear of capture is over, and now the couple must learn to start a life. Alana has a job she doesn’t like, Marko feels alone and no the cracks are starting to show in their relationship. This is fertile ground to play in and creators Brian K. Vaughn and Fiona Staples use it to grow their characters and universe to places it’s never been. This keeps Saga, even 3 years in, consistently one of the most surprising books on the stands.

Vaughn is great at engineering complicated plot threads, but its his characterizations that truly make the book stand out. Saga has weaved many new people into its world the last few years, and wether they have a tv for a head, are an anthropomorphized rodent or a ghost teenager with no legs,Vaughn makes you care about each and every one of them. As fantastic as the writing is the art by Fiona Staples might be that much better. Every detail, from the clothes of a certain race to the design of an entire planet are meticulously and perfectly rendered. Saga is one of the pinnacles of the comic book industry and it seems to only get better. 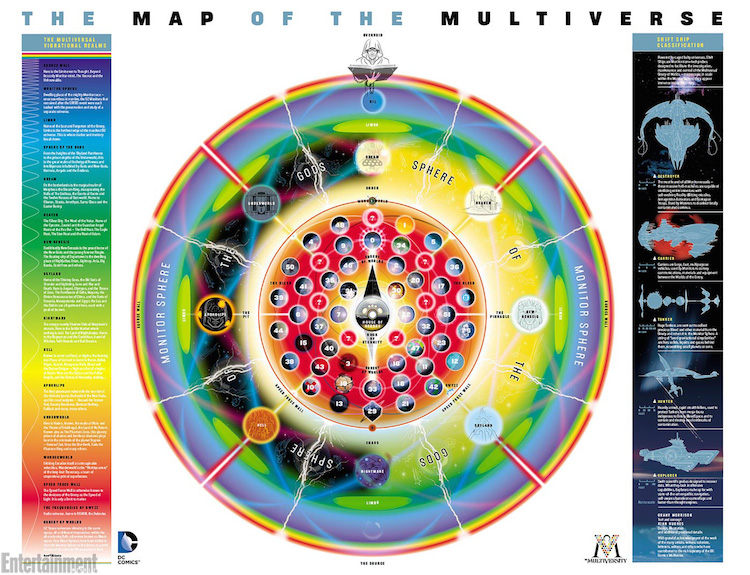 Grant Morrison is a mad man. His universe spanning world building mini series shouldn’t work. The DC New 52 is built on a principal of simplicity. It has taken the spindly web of decades of continuity and distilled them down to their sleekest forms. The Multiversity is exactly the opposite of everything it has been doing for the last three years. It has taken us to some of the oddest and most dangerous corners of the multiverse. It not only goes to universes that have long been ignored, but it creates entire new ones.

There are the pulp heroes of The Society of Superheroes, the fame seeking super hero spawn of Earth-me and the sweet all-ages high adventure of Thunderworld. These all have their own singular self contained stories that also add up to a larger over arching whole. It’s a bold and special piece of work that takes the New 52 into another level of complexity. It also doesn’t hurt that Morrison has paired his writing with a set of top of the industry artists. Cameron Stewart, Ben Oliver, Chris Sprouse, Ivan Reis are all at the top of their respective games and they take Morrison’s layered prose to new levels.

The series also contains one of the best single issues of a comic book that I’ve ever read. Morrison takes the classic Charlton characters and throws them into the mind bending mold of Watchmen to give us the genius of Pax Americana. This is a story of philosophy, time travel and of deconstructing the ultimate superhero deconstruction. It took me several reads to take all of it in, but thats okay because I had Frank Quitley’s art to stare at. His intricate line art is as complex as it is beautiful, but its his panel design that feels next level. Each page is a twisting labyrinth that challenges the very way you read a comic book. 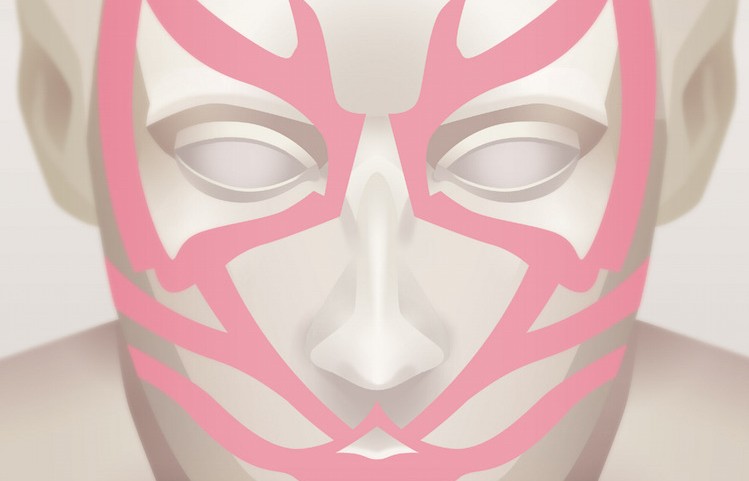 You know when you find that thing, that one story that excites you beyond all others? That’s Sex Criminals. Matt Fraction and Chip Zdarsky’s bizarre, funny, exciting tale of people who can stop time with their orgasms is a work of pure genius. Fraction is one of the most unique writer’s working and his partner in crime artist Zdadsky is one of the freshest and craziest voices in comics. It’s a book that feels like the perfect distillation of its creative team.

The series hasn’t shied away from using its crazy-pants premise to address real issues. It has taken time to highlight addiction, depression and intimacy issues, but one of Sex Criminals biggest accomplishments is simply dealing with what real long term relationships can look like. So, much fiction just deals with the first big burst that its refreshing to see something unafraid to look at things warts an all. 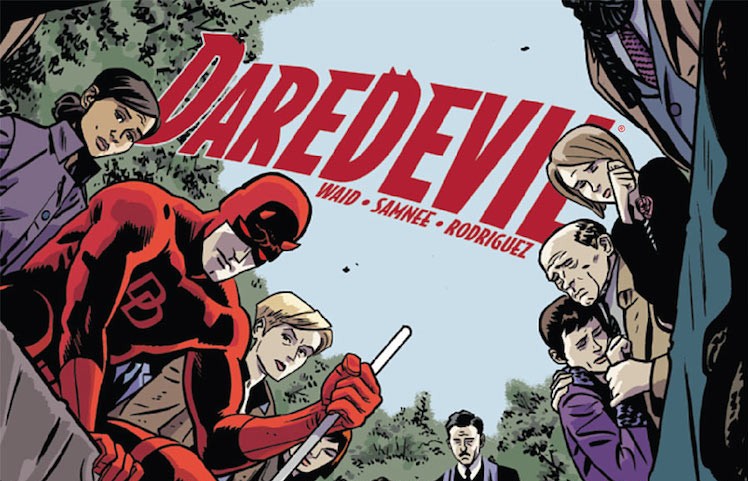 A lot of the books that excite me in a given year are things that subvert expectations and eschew normal comic book conventions. Different is great, but sometimes the best things come from the most traditional of places. Daredevil by Mark Waid and Chris Samnee is the best things superhero comics have to offer. The tale they have spun has reflected just how special a character The Man Without Fear really is. Waid uses the entire history of Matt Murdock to build an entirely new depiction of Daredevil. This year has seen the series reboot to number one and transfer the character across the country to San Francisco. Tearing the man out of his home city of New York could have resulted in the story losing a large part of its personality, but Waid made the transition seamlessly. His scripts tackled domestic abuse, surviving cancer, and what it means to be a parent along side stories of mind controlling purple men and over the hill former vigilantes. His mix of the perfectly Marvel and the seriously indie is the core of what makes this series so great.

His partner is crime is the incomparable Chris Samnee. Issue after issue his work has been the perfect compliment and enhancement to Waid’s writing. It’s timeless, classic, but never stale. His art floats from silly, to joyous, to trilling and finally to the intimate. Samnee’s faces are full of expressions that can convey the largest emotions to the most subtle. Look no further than the most recent arc with the Purple Man to see just how much diversity there can be in one set of issues. It has been announced that the team might be leaving the series soon, but while it lasts makes sure you are reading Daredevil. 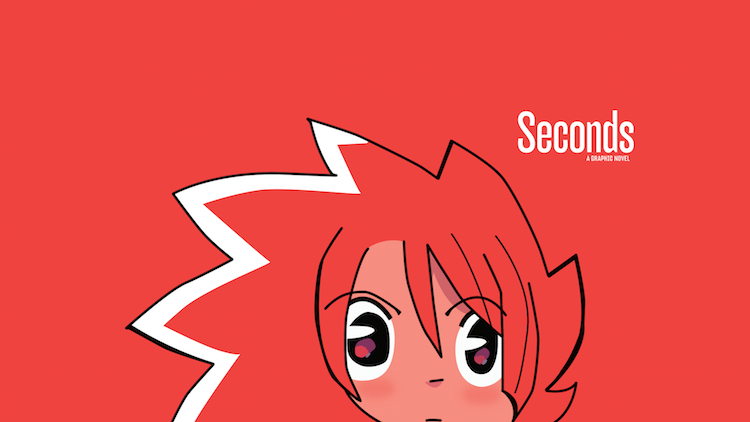 From the adolescent angst of Lost at Sea, to the confusing early 20’s of Scott Pilgrim and now with the terrifying milestone of 30 in Seconds writer/artist Bryan Lee O’Malley has proven that he is the right person to perfectly capture the awkwardness that exists at any era of life. I love Scott Pilgrim, but as I enter my thirty second year it’s Seconds, with its grey areas and complicated characters, that resonates with me more deeply.

So, much of life is about looking back, and wishing you could change things to be just the way you wanted them. Seconds is a story all about letting go of your past and taking the first step in controlling your own destiny. It disperses its life lessons with the perfect mix of slice of life and fantasy. It’s rare that comic book fiction makes the statement that life is a sum of your failures and your triumphs. They all shape you and they all are as vital as the next. This is all constructed using O’Malley’s signature cartooning style which has taken a leap forward with help of Nathan Fairbairn’s colors. It’s a triumph of the medium and the best thing I read all year.