2014 was an INSANLEY awesome year for new comics, so my approach to this “top 5” takes that into account; my list only includes stuff that debuted in 2014 with more than just one issue. That means I’m not including any of the usual favorites like Saga, Batman, Mind MGMT, After Life With Archie, Amelia Cole, Archer & Armstrong, Bandette, or Daredevil, nor recently launched books that I LOVED like Rumble, The October Faction, The Valiant, or Bitch Planet (but you should be reading all of those things).

So here we go, in alphabetical order: 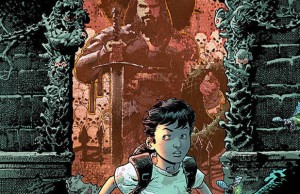 Stories like Flight of the Navigator, Goonies, The Last Starfighter, Labyrinth, and The Never Ending Story were a pivotal part of my upbringing, as I imagine they were for anyone reading this as well. Josh Williamson, Andrei Bressan, Adriano Lucas, and Pat Brosseau channel those feelings with Birthright; the tale that happens after a normal kid is thrust into extraordinary circumstances to fulfill their destiny, but with a twist. It’s only three issues in with a massive saga bubbling underneath the surface, but it’s a visually stunning and imaginative book that brings back all of the elements of those darker 1980s kids films we all hold so dear. The journey ahead feels long and harrowing, likely littered with betrayal and tragedy, and I’m all in. 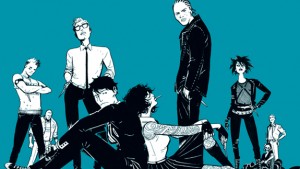 Holy crap, man. Rick Remender, Wes Craig, Lee Loughridge, and Rus Wooton deliver a brutal and honest look at youth culture through a late 80s-Reagan’s youth-punk rock lens, albeit with backstabbing (literally) and blood and guts. It’s a deeply personal series for Remember and that most definitely shines through in the emotion and attention to detail, hitting each character beat with precision (usually with a shiv or bullet hole to match). Craig/Loughridge/Wooton deliver one of the most consistently gorgeous comic books on the shelf, with draftsmanship, storytelling, and design all coalescing. This is the most invested I’ve been in all-new characters since Saga. Love love love. 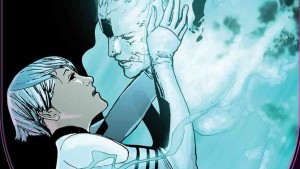 2014 was a great year for Valiant with the launch of some kick-ass new things, but my favorite has to be Jen Van Meter, Roberto de la Torre, David Baron, and Dave Lanphear’s horrifying, hilarious, tragic, and stunning Doctor Mirage mini-series. It’s an occult multidimensional mystery with a whole lot of heart, tons of demon-things, supernatural Nazi conspiracies, and some really cool storytelling techniques. This book is pure imagination and takes us to the furthest reaches of the Valiant Universe – to another realm, really – and is a prime example of how much more superhero comics have to offer than just capes and punching. 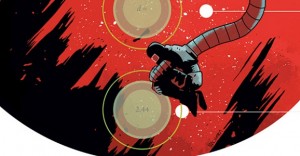 Michael Moreci, Vic Malhotra, Jordan Boyd, and Ryan Ferrier deliver a gripping mystery yarn wrapped inside immersive science-fiction. This is the kind of stuff with plenty of material to dive into beyond just the narrative itself, building the world effectively and completely. It’s smart sci-fi that combines the failed utopian dreams of something like Bioshock with the noirish elements of Scott’s Blade Runner. It’s pretty to look at, it’s weird, and it’s got plenty of layers to unearth. 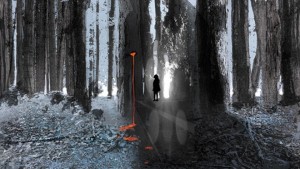 One of my favorite Batman stories of all time comes from the team of Wytches, so to say that my expectations were high is an understatement. Joyously, they deliver right in the opening pages of issue #1 (“Pledged is pledged”). But the real appeal of Wytches, to me, isn’t the creepy moments or even the shocking moments; it’s everything in between. Wytches explores that feeling of wanting to be able to protect the ones you love from external forces and, unfortunately, the futility of it. The Rooks family could be any of our families, and they react as such. These aren’t people equipped for the tragedies that befall them and they act accordingly. Seeing ourselves in them at those moments is the most horrifying thing of all.