Secret-keeping and Women in Superhero Shows
By Angela Fowler

Let me preface this by saying that, for the most part, I am enjoying The Flash immensely. I’ve loved the character ever since listening to the comedic retellings by Tom Katers in the podcast Tom vs. the Flash, and I’ve been reading up on the Silver Age comics. The character is a lot of fun, and the new television show captures that well.

I also like the supporting cast: affable father-figure Detective Joe West, the mysterious Dr. Wells, and the Flash’s Scooby gang, scientists Cisco and Caitlin. While a bit of their drama is heavy-handed, owing to the Arrow/CW teen melodrama aesthetic, they are for the most part funny (Cisco and Caitlin), supportive (Joe), and downright scary (Dr. Wells). 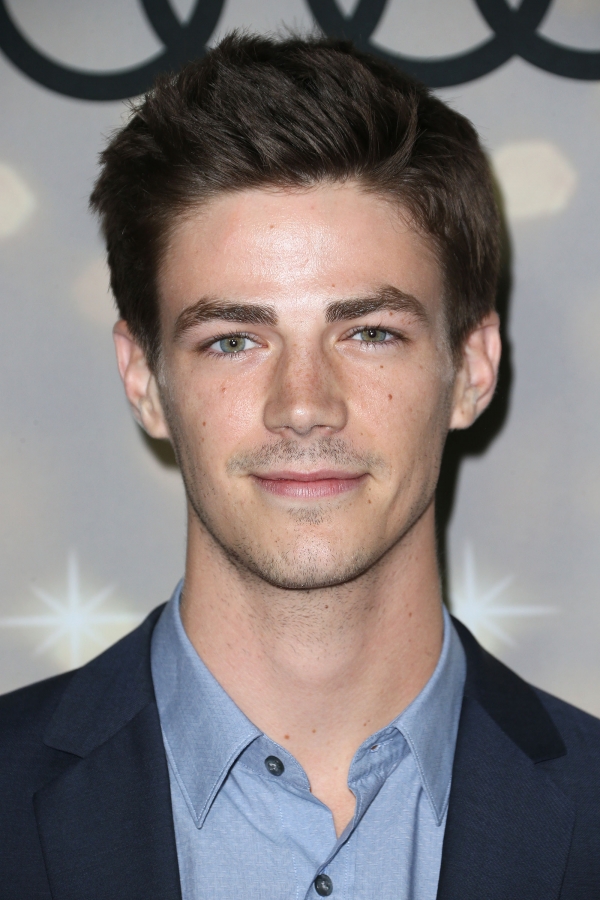 The thing is… they get to join in the fun. They know that Barry is the Flash, and they get to support him in that. They’ve known since the first episode.

Which makes it all the more flummoxing is that Iris is left out in the cold. Iris, Barry’s surrogate sister and object of his unrequited love (don’t think about that too hard), is the only character in the main cast, the only character close to Barry, who does not know he is the Flash. For no good reason.

The show tries to provide reasons, most prominently featured at the end of the “Pilot” and in episode 5, “Plastique.” (Which is as far as I’ve watched so far… the life of a teacher means I’m behind on all TV.) When Joe West, Iris’s father, finds out about Barry’s new ability, he asks Barry to keep it a secret from her, to protect her. To protect her from what? Doesn’t say. The show seems to imply that the audience should know all the dangers of knowing Barry’s secret. 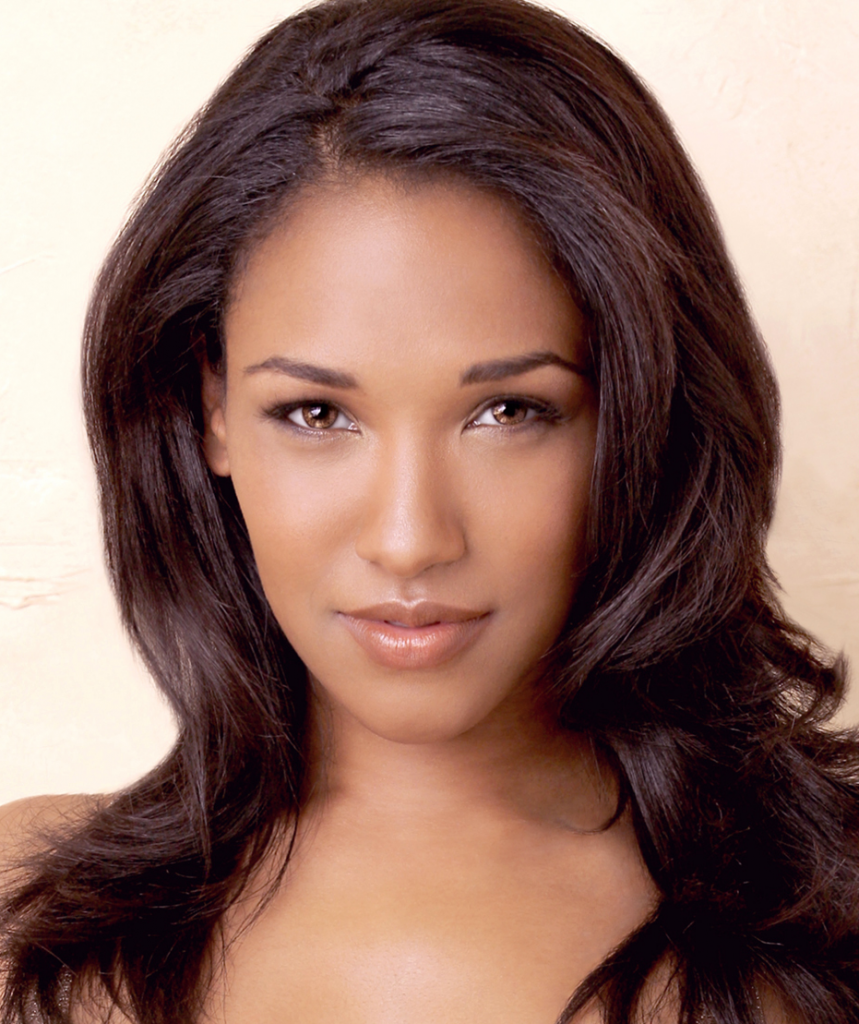 In “Plastique,” Iris has decided to write a blog about “the Streak” and other meta-humans (the show’s term for superhumans). The B-plot in this episode involves both Joe and Barry trying various ways to keep her from writing it. There’s one small mention of the danger her blog poses to her, once she puts her real name on it, between Cisco and Barry: villains and other dangerous people might try to get at the Flash through her, putting her in potential danger. Again, brief mention, blink and you’ll miss it.

So why just Iris? Why is she the one to be kept in the dark? Why are Joe and Barry so insistent on hiding this from her?

On the surface, it kinda makes sense. Joe wants to protect her. All right, that’s fine. He’s a cop, he’s seen the nasty side of life, and episode 5 even makes mention that he threw a fit when she tried to join the police force, even though it was apparently fine for Barry to become a forensic scientist for the police. But, you know, that’s not being a beat cop, and Joe did throw a fit when Barry decided to start superheroing, only relenting at Dr. Wells’ advice. So Joe doesn’t want his children in danger. I get that.

But what is Joe protecting Iris from? What danger would she be in from knowing? She wouldn’t be able to keep up with Barry. If she wanted to help, Barry would probably insist on her working with his Scooby gang at Star Labs, who seem relatively safe. If she didn’t want to help… then she wouldn’t be any better or worse off. 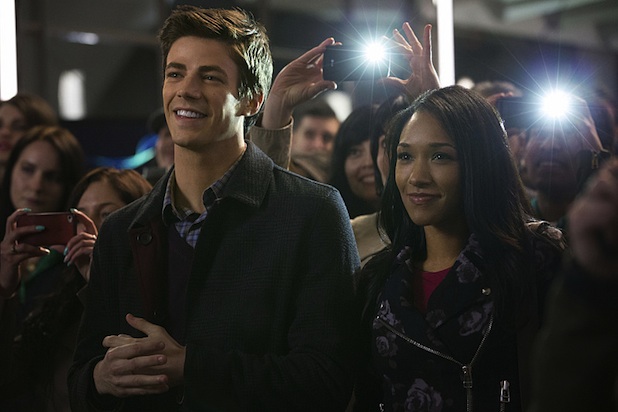 In fact, Joe wants the entire existence of meta-humans hidden from her. Again, for her protection. Meaning that there is a potential danger in Central City that she specifically does not know about. She will end up taking unknown risks and operating with limited knowledge, all in the name of her father “protecting” her. It would be like if there was a serial killer operating and Central City, and Joe didn’t tell Iris, because her knowing would put her in danger. Uh… no? I think Iris needs to know there’s a serial killer.

So, again… what is Joe protecting Iris from? Would the knowledge of meta-humans hurt her delicate woman brain?

Because it’s the woman who usually gets put in this position. The woman who should know nothing. The woman who can’t know about the superhero alter-ego of her friend/boyfriend/brother/son/etc. In 60s comics this is played for dramatic tension (and they’re not the only ones who don’t know). In 21st century retellings of these comics… it’s misplaced. It places the woman in the awkward position where she doesn’t get to participate in the main plot, she doesn’t get to develop her character, and conversations with the hero devolve into “You’re keeping secrets,” “I’m not keeping secrets.” 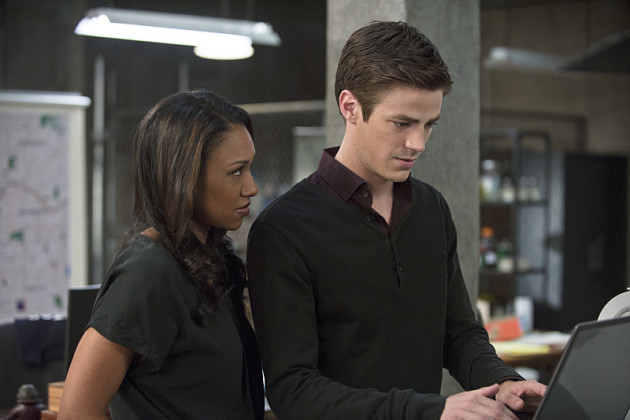 Arrow is also a frequent offender, with Moira, Thea, and Laurel being kept in the dark about Oliver’s archery-related activities. Oliver seems to have a bit of a better reason to keep secrets, as he begins by outright killing people with arrows, and thus not wanting to admit to murder. However, as season 2 wore on, the reasons for keeping especially Laurel and Thea out of the loop made less and less sense, as they were put in more and more danger by not knowing. Much of Thea’s and Laurel’s dialogue, such as it was, revolved around the dreaded “You’re keeping secrets” discussion.

These women who are kept out of the secrets cannot grow as characters, because there’s literally nothing for them to do. They stay in one place, having the same conversations, and not getting to participate in the fun. And superhero shows are meant to be fun.

Remember how great it was in the rebooted The Amazing Spider-Man when Peter Parker told Emma Stone’s Gwen Stacy that he was Spider-Man? She was suddenly able to connect with him on a much deeper level. She was able to join in the fun, despite her dad wanting to “protect” her. And Arrow’s Felicity can become a much more interesting character than any of the other women, simply because she’s able to participate.

But the problem goes deeper than that. It’s not just that they’re not allowed to join in the fun or grow as characters. It’s that the mostly-male characters spend a great deal of their time not only hiding their secret identities from the female characters, not only in hiding most everything else from them, but also in actively trying to keep these women from doing anything.

As I mentioned, much of the B-plot of the Flash episode “Plastique” revolves around preventing Iris from writing a blog about “the Streak” and other meta-humans. Joe talks to her. Joe gets Barry to talk to her. The Flash talks to her. They try every method in the very creepy book to keep her from writing this blog, a blog that she says she feels passionately about.

Never mind that she’s probably not the only one using the Internet and social media to talk about all the weird going-on in Central City.

Joe’s and Barry’s tactics involve pretty much everything except honesty and talking to her like she’s an adult (which she is, by the way, though her father insists on treating her like a teenager). They tell her it’s not important. They tell her what she’s writing about doesn’t exist. Barry even tries to gaslight Iris when she insists that she actually met the Flash, telling her that she probably had too much to drink. At the end of the episode, when she still refuses to stop writing, Barry says that they need to take a break from each other. Yes, he actually says he’s going to stop being friends with her if she won’t stop writing.

This is directly after the episode where Joe finds out that Iris is dating his partner, and gives her the cold shoulder because she’s intruding on his professional relationship with Detective Eddie Thawn.

If I were Iris, I would be in a rage. She isn’t. She just asks calmly why Barry insists she not write about what he’s believed in all his life: the unexplained. She even cites to the Flash Barry’s sudden unbelief in the unexplained as her reasoning. Barry, of course, then believes her blog is about him, and is surprised when, at the end of the episode, she reveals it’s not actually all about him.

That’s the problem. She’s the one Barry pines after. She the one who must be protected. She’s the one who doesn’t know. Iris is forced narratively into a position where she loses all subjectivity. She’s not longer a character of her own, with her own concerns and arc, but a device. An aspect of the male character.

The episode does nothing to question Barry’s and Joe’s attempts to manipulate Iris into complacency and silence. In fact, the episode specifically frames the entire conflict in terms of Barry’s feelings, Barry’s wishes, Barry’s subjectivity. When Joe and Barry talk about their recent failures at convincing Iris to stop writing the blog, Barry does bring up that he could tell Iris his secret. Joe quickly changes the conversation entirely, choosing that moment to reveal that he knows about Barry’s feelings for Iris.

This conversation is not about Iris. It’s about Barry’s romantic prospects. And that’s the problem. While other characters get plots and characters, Iris is just a reflection.

Part of this is bad writing in an otherwise well-written show. But it’s not just this show. It’s not an isolated problem. We see women being manipulated, silenced, and controlled in geek spaces, in social media… whenever they intrude in what men consider their space. Women are run out of comic book shops, denied real “geek” status, hounded and harassed in their cosplay, threatened with rape and death for writing about video games…

Perhaps it’s a bit of a stretch, but I can’t help but feel uncomfortable every time one of these women—Thea, Iris, or Lana—gets gaslighted and manipulated into silence in these shows. Iris has intruded in the masculine world of heroism. She will probably eventually be punished in the narrative for this. The Iris of the 60s gets more subjectivity and agency than the Iris of 2014. Isn’t it really time we move on from these stories?