Story and Art by Yun Kouga 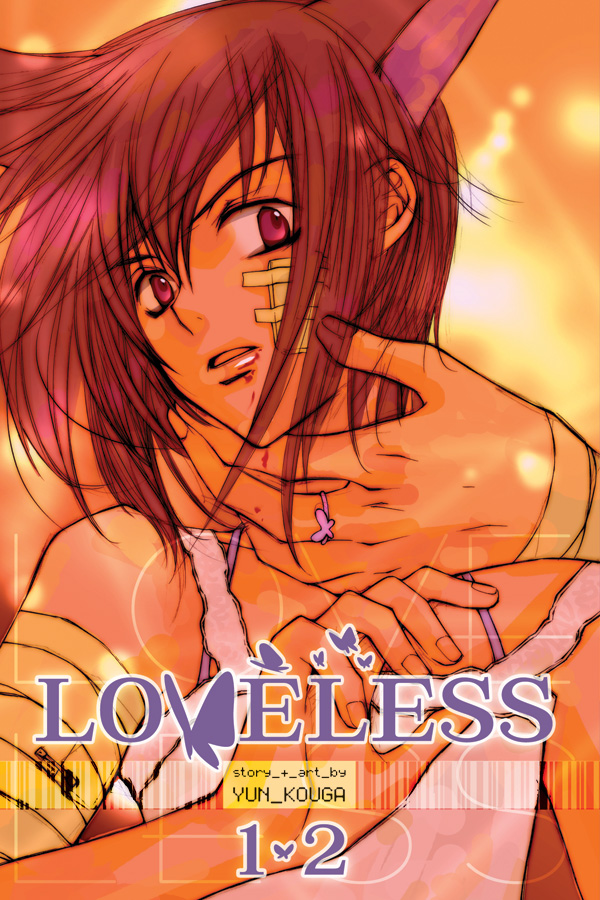 Imagine a world of spell battles and secret lives, of a brother who hides his real self from his family, of middle school children in way over their heads. This is the world of Loveless, created by Yun Kouga.

Ritsuka Aoyagi lost his older beloved brother. With his death, Ritsuka’s life was turned upside down. He lost some of his memories. His approach to life is rife with apathy and loneliness. His personality shifted dramatically, and his mother abuses him harshly on a regular basis. Ritsuka is lost without his brother Seimei.

The events behind Seimei’s death are vague at best. As readers, we know that his brother was murdered. We know Seimei to be a gentle, kind brother. Readers – and Ritsuka – are thrown for a loop when Soubi Agatsuma shows up at Ristuka’s school.

Calm, cool, and collected, Soubi informs Ritsuka that he was Seimei’s fighter. Seimei acted as the sacrifice in a complicated battled system woven with words and magic. As a duo, their name was Beloved. Seimei’s final wish before passing was for Soubi to find Ritsuka and become his fighter.

The gist of the series is uncovering the circumstances behind Seimei’s death. However, Loveless is far from a simple mystery. One could even argue that it is primarily a love story between Ritsuka and Soubi. There are some…issues concerning this odd pair. Ritsuka is a 12-year-old middle school boy who is emotionally vulnerable. He still retains his cat ears and tail – a symbol of youth in Kouga’s Loveless universe. Soubi, on the other hand, is a 20-year-old college student who is demanding, manipulative, and detached. Soubi no longer has his car ears and tail, meaning he lost his virginity and transitioned into adulthood.

This stark difference between Ritsuka and Soubi’s age and sexual experience makes their interactions taboo. Other characters are aware of the strange pairing. Ritsuka is quick to deny any feelings he has for Soubi, and Soubi is the king of relationship apathy. That doesn’t stop him from sneakily kissing Ritsuka from time to time. As the series progresses, the relationship becomes more of a master-servant pairing, with Ritsuka acting as the master of Soubi.

If you read Loveless, you’ll be treated to teen angst, emotionally fraught families, and androgynous characters. It’s a great example of josei manga that doesn’t feature an office secretary and her boss.