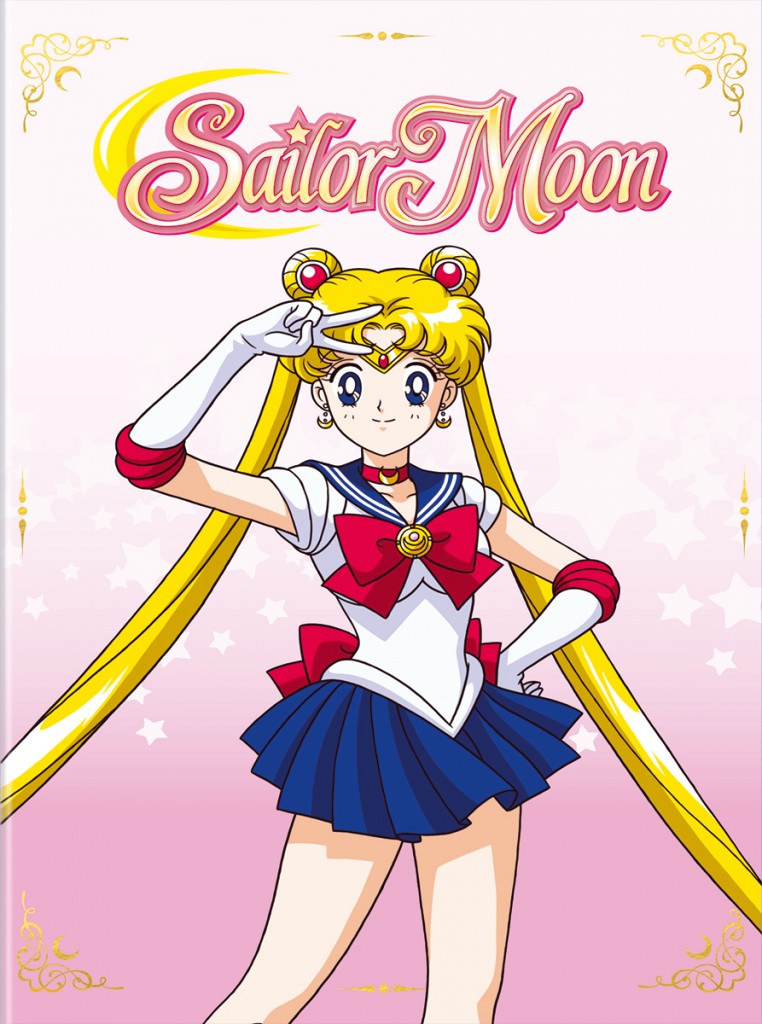 I wish you knew the excitement I had when I put the DVD of Sailor Moon into my Playstation this morning.  With a super sugary cup of coffee in my hand and an asthmatic cat in my lap, I was practically shivering with anticipation.

Fans of the original Sailor Moon anime know what I’m talking about.  After years of limited access to the show (or shelling out mega bucks for the DVDs), VIZ’s announcement of bringing Sailor Moon back to the North American audience was unreal.  A resurgence in Usagi’s popularity occurred, and a whole new generation of fans were introduced to the clumsy heroine through platforms like Hulu and Neon Alley.  Even better, VIZ committed to presenting Sailor Moon as close to the original incarnation as possible.  That means the episodes are presented in full, and the dubs and subtitles reflect the original Japanese.

With the streaming options a huge success, the release of the Blu-rays and DVDs of the series is a natural next step.  Picking up the physical copies is a no-brainer for fans, but it also a great option for new watchers.  Streamed episodes are not offered in dubbed formats, but the physical copies include a newly recorded English dub tracks.

The DVD edition (MSRP $44.82 USD / $51.99 CAN) contains the same 23 episodes, presented in 480p standard video format on 3 discs.  Bonus features include the subtitles for signs and songs, VIZ Media convention highlights, original series trailers.  The set is presented in an O-card packaging with embossed holofoil printing.

I’ve written quite a bit about Sailor Moon.  The story follows Usagi Tsukino, a clumsy, lazy 14-year-old schoolgirl who loves life.  When she rescues a cat, she discovers she has special powers as the guardian of the moon.  Throughout the series, she meets other young girls who have similar powers awaken within them.  Partnering with these girls, Usagi must locate the Legendary Silver Crystal to protect the Earth from the Dark Kingdom of Queen Beryl.  The anime is based on Naoko Takeuchi’s hit manga series of the same name.

Buy this series up ASAP.  The set is really well-done, a great reflection of VIZ’s respect for the characters and the fans.  Personally, this anime brings up many feelings of nostalgia.  Since the series hit streaming services, I’ve shared the original videos with my younger cousins.  No surprise, they love the over-the-top action, intricate transformation sequences, and the Sailor Scouts themselves.  Buy this series and share with new, younger fans.  Both the Blu-ray and DVD sets are available in North America on November 11th.  Be sure to tune in later this month for a Sailor Moon episode of The Missfits!