DC announced today that during April and May of 2015 their entire superhero line of comics will be put on hold to make way for a 9 week event called ‘Convergence.’ The event coincides with the final stage of the publisher’s move from their New York headquarters, to Burbank in California. A piece of promotional art was released, by Carlo Pagulayan and Jose Marzan, Jr with colours by Hi-Fi. 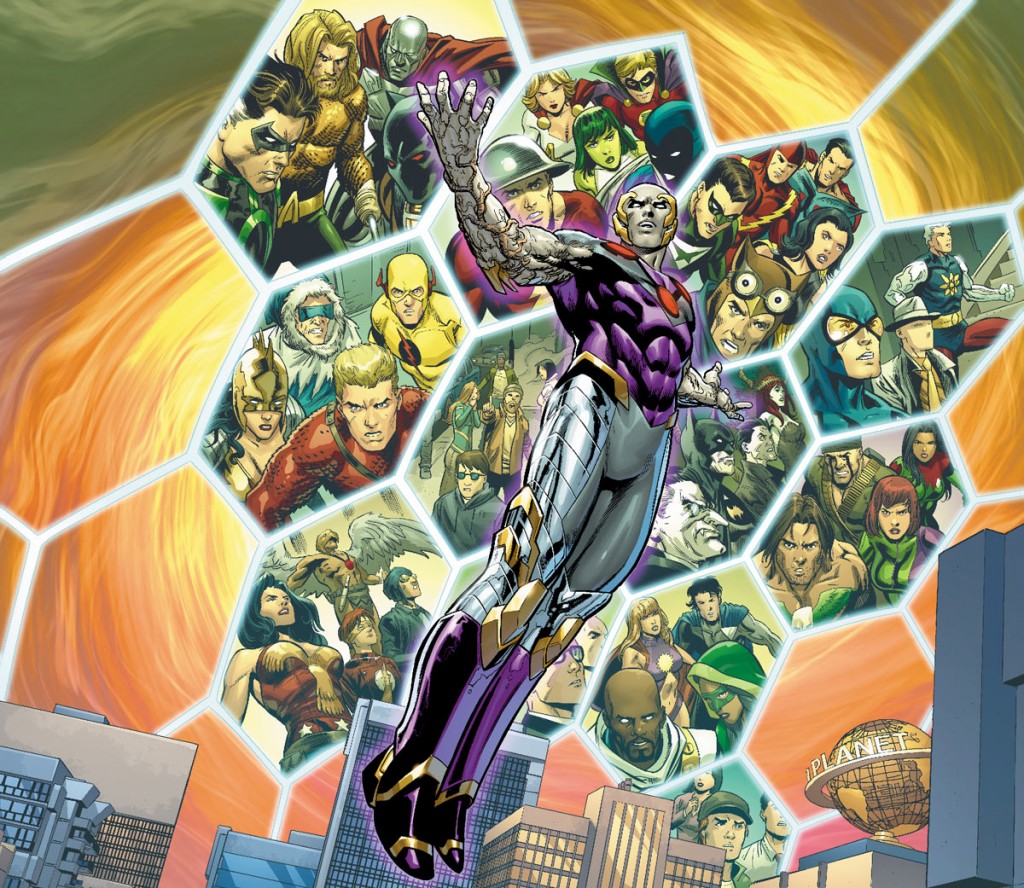 ‘Convergence’ will begin with a zero issue, spinning out of ‘Earth 2: World’s End’ and ‘The New 52: Futures End.’ That will lead into an 8 issue main series, along with 40  two-part miniseries that will delve into worlds from the past 8 decades of DC Comics.

Speaking to USA Today DC’s Co-Publisher Jim Lee says the series will address a big question that many fans have asked since the inception of The New 52, whether or not key stories in DC comics history still count as canon. Lee explained “What we’re really addressing is they all exist and have existed and exist within the framework of the New 52. ‘Convergence’ is in many ways the most meta epic event we’ve done.”

The series will also introduce a major new villain, Tellos, who is “born of Brainiac and this mysterious planet.”

‘Convergence’ will involve several writers, who are yet to be revealed. The plot for the event will be written by television writer Jeff King, best known for his work on White Collar and Continuum, it will be his comic book debut. King will co-write the zero issue with Dan Jurgens and Scott Lobdell will be assisting with the overall plot.