The third week of the Marvel teaser train continued today with an image featuring art from Scotty Young. This latest image hints at a return to the ‘Avengers Vs X-Men’ event from 2012 and shows a group including X-Men, Avengers, Deadpool and The Inhumans climbing over and around a globe. 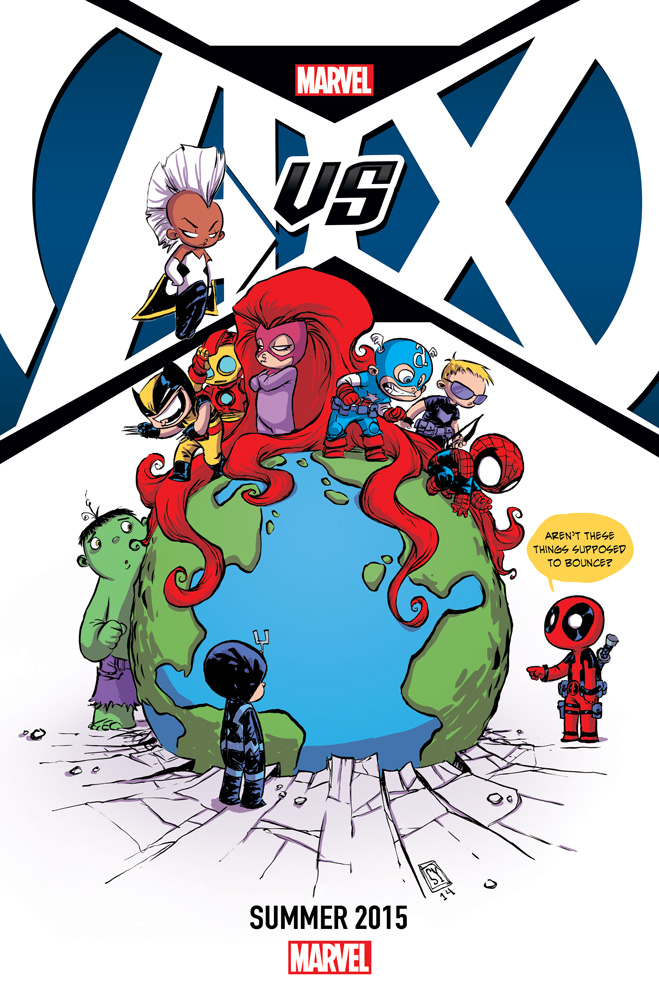 As with all the previous teasers, the image tells us we can expect to see what this image alludes to in summer 2015. Again, speculation is that these teasers will eventually be shown to titles that tie-in to Jonathan Hickman and Esad Ribic’s ‘Secret Wars’ series.

What are your thoughts on the newest of these teasers? Let us know in the comments!