Marvel’s penchant for teasing what’s to come in 2015 hits the third week running with them releasing an image hinting at something for ‘The Amazing Spider-Man.’

The image, with art by Adam Kubert, shows Peter Parker in Spider-Man mode minus his mask, stood with Mary Jane Watson and with a small child sat on his shoulders. Above them is the strapline ‘The Amazing Spider-Man: Renew Your Vows.’ Whether this alludes to Peter Parker marrying Mary Jane and having a child with her, is yet to be seen, but in keeping with previous teases does harken back to something that has happened previously in Marvel comics. 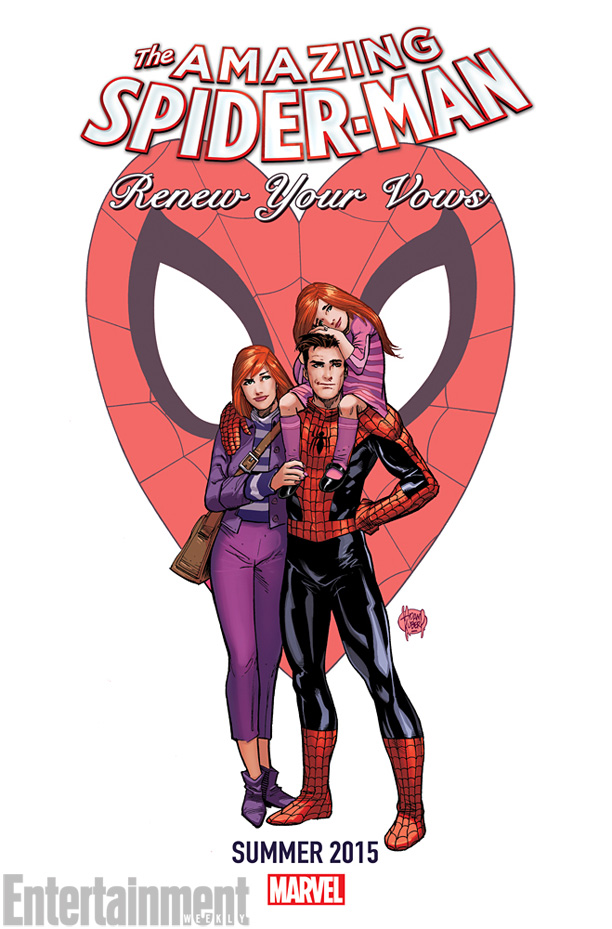 Back in 1987, in The Amazing Spider-Man Annual #21, we saw Mary Jane Watson and Peter Parker get married. Their marriage was erased from history in 2006’s ‘One More Day’ storyline after Spider-Man makes a deal to save Aunt May’s life.

Speculation is still rife that these teasers will somehow be linked to Jonathan Hickman and Esad Ribic’s ‘Secret Wars’ event, which hits March 2015.

What do you think this could mean for Spidey? Let us know in the comments!