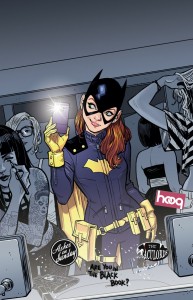 Before we get any further into this review, I want to point out that I don’t know anyone who isn’t excited about this issue. Every comics fan I’ve spoken to since Batgirl’s redesign hit the internet have told me they are picking up this issue. It became nearly impossible to find a pair of yellow Doc Martens. Fan art popped up overnight. The hype leading up to this issue was in full force.

I bet you’re wondering if it delivered?

Allow me to put my feelings about Batgirl #35 into an open letter to DC Comics.

Hey guys. How are you doing? I’m doing great, especially now that I’ve read the latest issue of Batgirl. Oh, why did I like it? I’m glad you asked.

Let’s start with the decision to change the costume. Isn’t it weird what a simple costume redesign can do? Much like Captain Marvel’s new duds, Barbara’s costume overall breathed new life into a character that just didn’t seem to fit in the gritty New 52. Fans were thrilled to see a practical, fun costume on a well-loved character. Didn’t hurt that the costume change attracted the attention of new readers. Cameron Stewart and Babs Tarr’s redesign of Barbara’s costume showed us from the very beginning that this creative team is invested in this character. 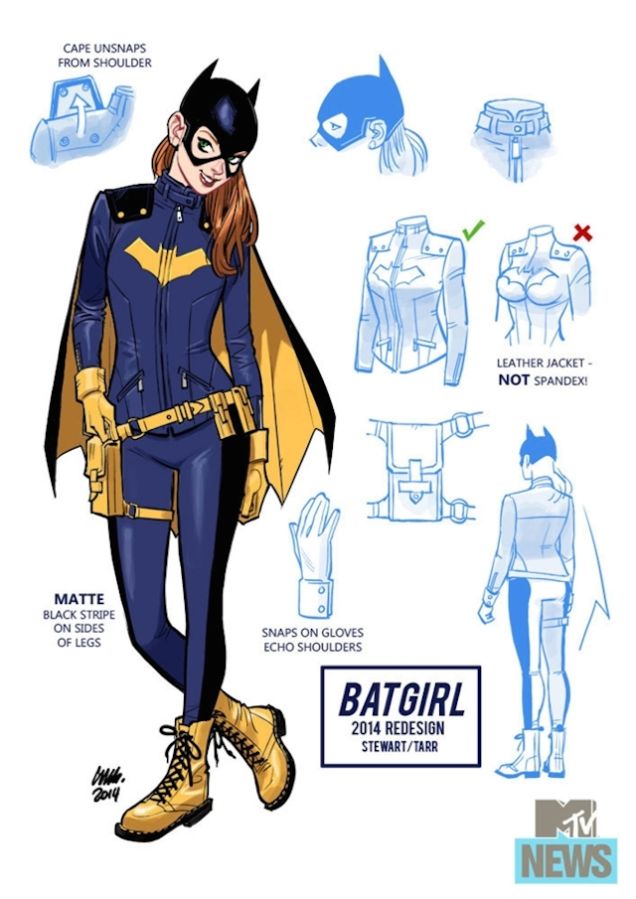 Not only is the costume a good choice, but also the youthful feel of the whole issue works wonders. As a long-time comics fan, I’ve grown past the darker comics. I want hope injected in my comics; I want to feel like the characters have something to live for in their lives. Simone did a fantastic job bringing Barbara back to the land of the superhero. Now it’s time to let her flourish as a young twenty-something in a big city. Sure, she’ll still have problems. Stewart and Fletcher have shown us in this issue that real life is weighing down on Barbara. But I’m glad that you aren’t letting those issues be the defining element of Barbara. I’m glad you’re in the mood to show us a multi-faceted superhero with good days and bad days.

DC, I’m glad you put Babs Tarr on this book. Her style absolutely matches the feeling Stewart and Fletcher are creating with the story. Thank you, thank you, thank you for giving us an artist who is aware of what a young woman really looks like. Tarr’s work on this issue is on point, and I cannot imagine any other artist working on the interiors of this series.

*ahem* Buy. Buy it quick. Grab a few copies to give to all your friends. Make sure you stay on top of where this series is going.