Story and Art by George Perez 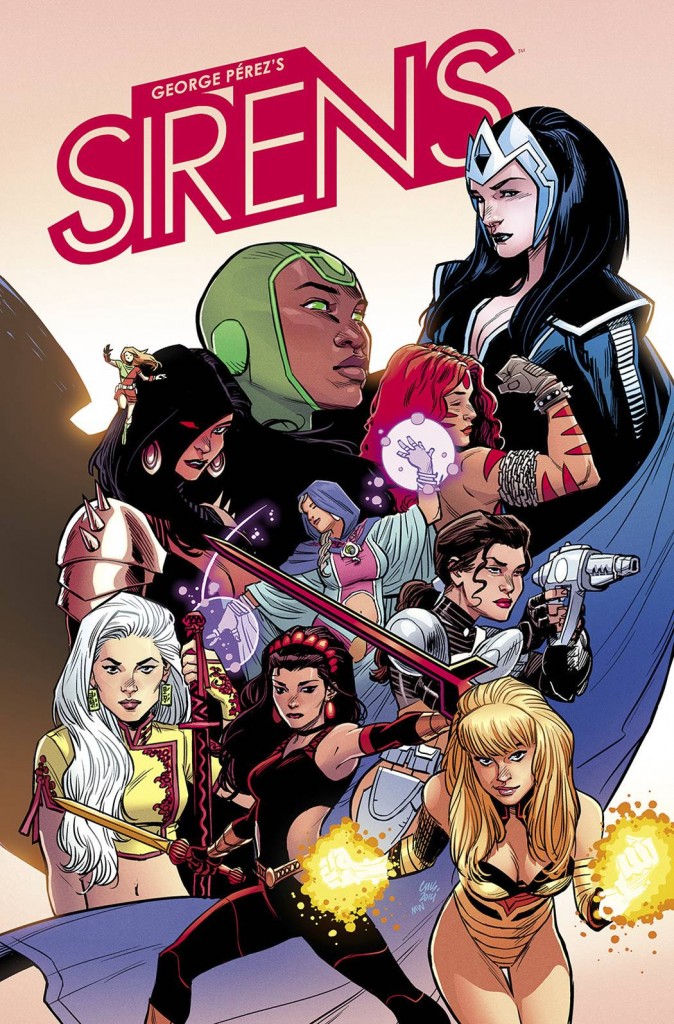 George Pérez, known for his stellar work on Wonder Woman, Teen Titans, and other prominent superhero books, has launched a brand-new creator-owned series from BOOM! Studios. Sirens is billed as a series that will appeal to fans of Battlestar Galactica, Star Wars, and Alien. The first issue shows the potential the series has for a solid team book.

Sirens kicks off by introducing a mysterious woman in 1104 Iceland. From there, readers are exposed to a futuristic world, a female Roman gladiator, a schoolteacher from 1884, a 1949 housekeeper, and a strange, strange world.

Not going to lie, the first issue is trippy. Pérez jumps around from place and time to place and time to introduce the Sirens. The plot is not entirely clear; Pérez relies on the reader’s ability to infer what is going on from the brief glimpses we have of all the characters. There is clearly some threat to the universe, and these women from all of time are somehow connected. Their connection, abilities, and goals are not explicitly stated. By the end of the issue, there are more questions than answers.

Though the story is difficult to decipher, the art is drop-dead gorgeous. It is dripping in classic Pérez style. The women are fierce, diverse, and beautiful. The camera angles of the panels are breathtaking and epic. The art is certainly setting the scale of the story.

For all the hype of this story, Sirens doesn’t quite deliver on all points. The art is top-notch, the concept as described in the ads for Sirens is interesting, but the first issue is hard to follow. I want to know more about these characters and why they are forced together. With the series capped at six issues, there is a limited amount of time Pérez has to flesh out this story. Unless you’re a die-hard fan of Pérez, you might benefit from reading the story in its entirety once it’s collected.