Story and Art by Otis Frampton 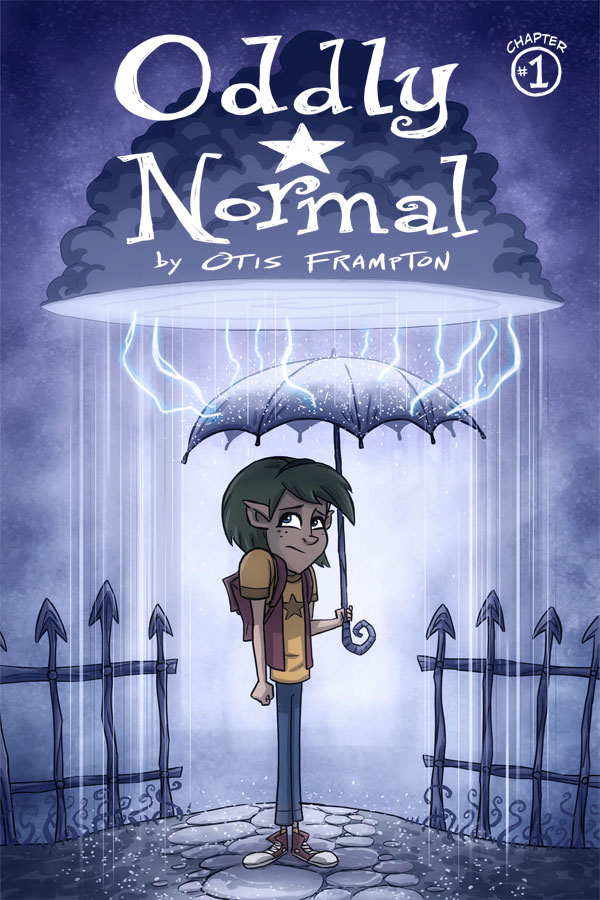 Think back to when you were ten years old. Did your parents ever seem out of touch? Did it ever feel like nobody understood you? For Oddly Normal, this is her life. A green-haired, pointy-eared daughter of a witch and the extremely average man she fell in love with neither fits in at home or school. Frampton’s all-ages story Oddly Normal is sure to delight readers.

It’s Oddly’s birthday, but she can’t find a reason to celebrate. Cast aside as a freak at school, Oddly has no peers to invite to her party. Her strange name and even stranger appearance brands Oddly as the local freak. Doesn’t help that she lives in the craziest, spookiest house in town. Oddly’s parents appear oblivious to her daily plight. Their unawareness of her lack of friends and isolation within her own home prompts her to make the biggest wish of her life – and it comes true.

Oddly Normal is an adorable comic about a frustrated little girl whose wish – one wished by thousands of children – comes true. Frampton has done a great job setting up Oddly’s world. With her wish fulfilled, readers are treated to a brilliant shift in color and energy. Things in Oddly’s life have drastically changed, but not necessarily for the better.

The first issue of Oddly Normal does a fantastic job setting up the world in which Oddly lives. The cartoon-like artwork, dreary coloring, and utterly adorable main character makes Oddly Normal a great comic book choice for the young and young at heart.