Starting in April 2015, Marvel Comics will be reprinting Dark Horse’s Star Wars comics in a series that they are calling the ‘Legends Epic Collection.’

First to be released (with a suitably lenthy title, I’m sure you’ll agree!) will be  ‘Star Wars Legends Epic Collection: The Empire Volume 1.’ The volume focuses on the years following the ‘Star Wars Episode III: Revenge of the Sith’ movie.

The announcement says “After the end of the Clone Wars, the Republic has fallen and Palpatine exerts his ruthless grip on his new Galactic Empire. Now, the few Jedi that remain must decide whether to hold true to their faith, or abandon it completely in the face of a brutal purge — one carried out by the new Dark Lord of the Sith. Rise, Darth Vader!” 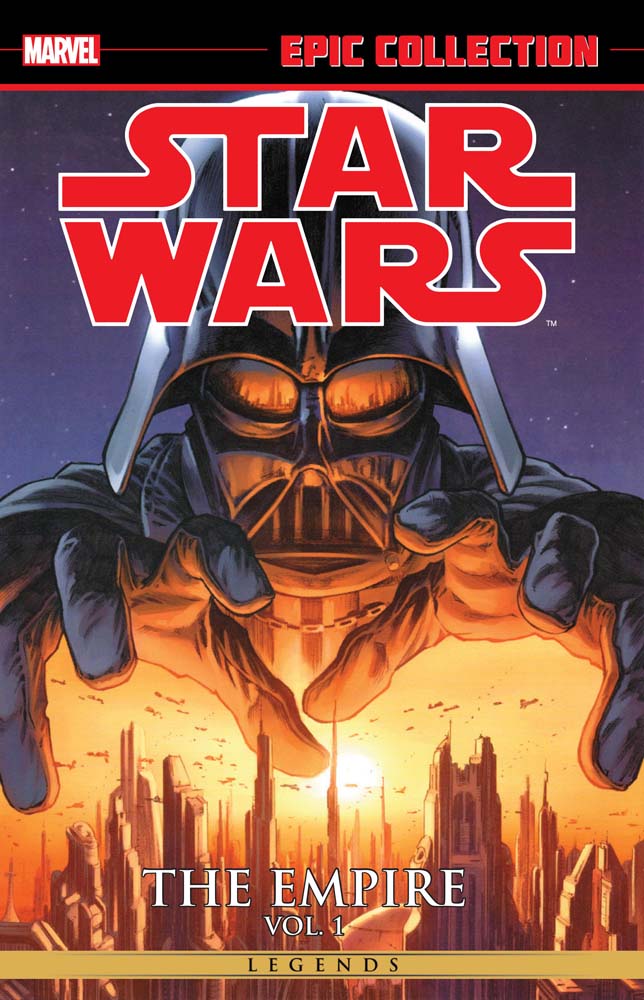 Marvel’s David Gabriel said of the collections: “We’re thrilled to be bringing our innovative Epic Collections to a galaxy far, far away. We’ll be bouncing around to different periods of Star Wars history with each Epic Collection, constructing one huge tapestry, collecting full unbroken runs of all the greatest Star Wars comics from the past 35 years.”

The stories formally came under the ‘Expanded Universe’ banner, but have had to be rebranded as ‘Star Wars Legends’ due to George Lucas recently saying that they were no longer canon. Dark Horse’s last Star Wars comics were released earlier this month after a 23 year run publishing them.

New Star Wars comics from Marvel will be released early next year with an initial wave including a “Star Wars” series by Jason Aaron and John Cassaday scheduled for January 2015, followed by “Star Wars: Darth Vader” from Kieron Gillen and Salvador Larroca due in February, and “Star Wars: Princess Leia” by Mark Waid and Terry Dodson, scheduled to be released in  March.

Will you be picking up these collections? Let us know in the comments below!