Finally! After months of Batman and random guest star on the front of the book, we’re back to the book being titled Batman & Robin. With the Robin Rises storyline just getting underway, the return to the original title feels great and it gives the book a needed shot in the arm. Not that the book has been bad, but the rotating guest stars took a bit away from the family dynamic the book was originally so great at. 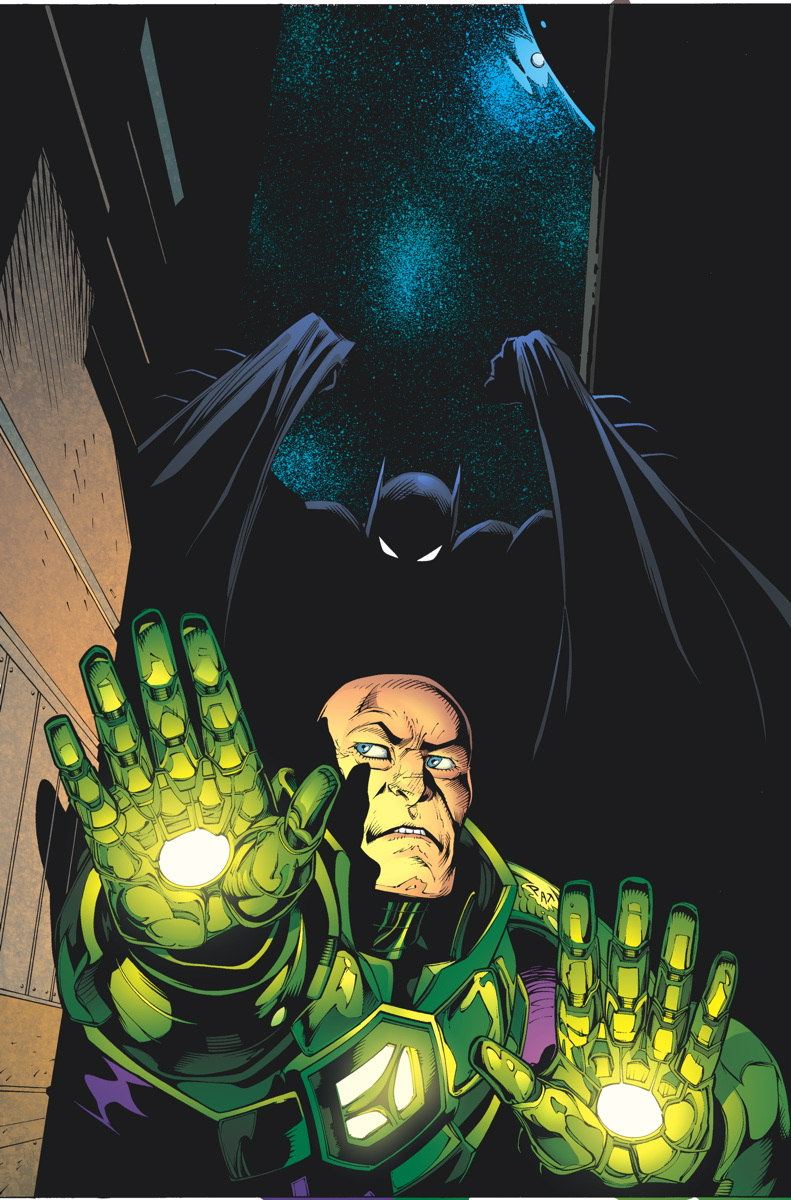 This issue brings the bat family back in a big way. It’s interesting to me that the splintering of the family that happened in Scott Snyder’s Batman during the Death of The Family storyline had lasted this long. Peter Tomasi was the right writer to initiate the healing process. Most of the book is just setup for what’s yet to come. A lot of standing around and talking and that was totally fine by me. I find it nice to see that side of Bruce where he’s open and honest about what he needs and wants from and for the other members of his group. None more so than Dick. The conversation they have is the shortest in the book but struck me the most. These two have never felt more like equals in all the years I’ve been reading these characters. On the flip side we get to witness more Batman and Luthor interactions and that’s really becoming entertaining.

Patrick Gleason draws one of my personal favorite depictions of Batman. He’s really good at having him strike a pose that exudes power.  He can be drawn fists clenched and have his chin up in the air (like on the opening page) and Gleason makes it work.  Also he’s the only Batman artist I can think of that draws Batman with a mean 5 o’clock shadow.  I thought the way he drew the other men in the comic was pretty spot on, but his handling of Barbara was a bit inconsistent. It’s a small thing to have a gripe about but it seems like he couldn’t lock down a facial structure for her, especially with her eyes. It didn’t take me out of the book at all but it’s something I picked up on right away.

Buy it. Since the relaunch of the New 52, Batman and Robin has been quietly very good. If you haven’t been reading this series this isn’t a bad jumping on point. Give it a shot.