In the last ten years, Dwayne Johnson has gone from being most well known for his wrestling persona, to becoming one of the biggest action stars in the world, current fronting the new movie Hercules.

After confirming he is to work in a future movie based on a DC Comics property, with the tease “just say the word,” the Associated Press are reporting that Johnson has told them he will indeed appear in a Shazam movie. However, it appears he is yet to decide whether he will play Shazam himself or arch-nemesis Black Adam. The article does move to make it known that Johnson did mention his affinity for anti-heroes and that Black Adam is one of his favourite characters. 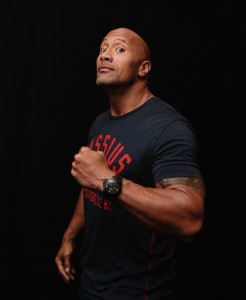 Whilst doing promotional work for Hercules in Mexico, he moved to assure his commitment to whichever role he chooses, saying “I’m putting my heart and soul and bones into this role.”

There was no confirmation as to whether he will appear in the upcoming Justice League movie. It appears we can add another movie to the nine movie slate that DC announced and that would seem to add weight to the list featured in Bobby’s post featuring speculation as to what movies we can expect to see.

Which role would you like to see Dwayne Johnson take on? Be sure to mention in the comments below!