It’s not everyday that we read a comic book series that has sparked a movement like Kelly Sue DeConnick’s Captain Marvel has. Since hitting stands nearly two years ago, Captain Marvel has been kicking butt and taking names. In the second installment in the Marvel Women Gender Issues series, we’ll be taking a look at Captain Marvel. 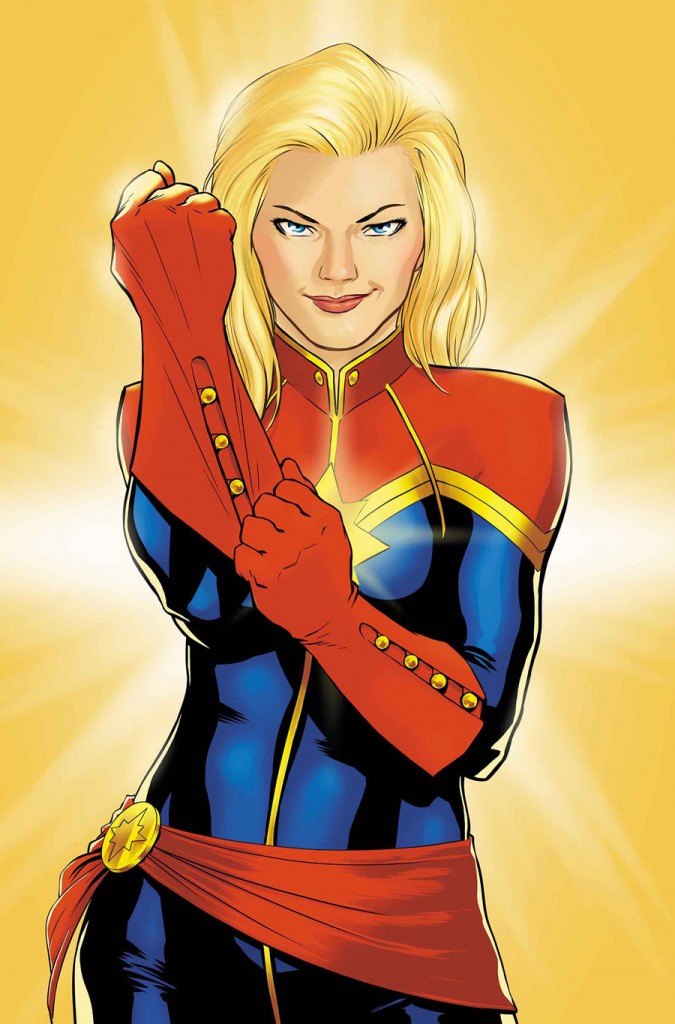 Captain Marvel follows the adventures of Carol Danvers, former Ms. Marvel and ace pilot. After the former Captain Marvel dies, Carol is called to take the title. Though Carol is flattered, low self-esteem and anxiety plague her decisions. Carol knows she was born to be something more, and the role of Captain Marvel challenges her to go above and beyond her former role as Ms. Marvel. If that’s not enough to send you in a spiral of self-doubt, then I don’t know what will. Carol reluctantly takes the legacy of Captain Marvel after Steve Rogers repeatedly reminds her that she has every right to take the prestigious title. Since the start of the Captain Marvel series featuring Carol, DeConnick and the artists who have rotated through the unique and fun stories often not seen in other Marvel series. 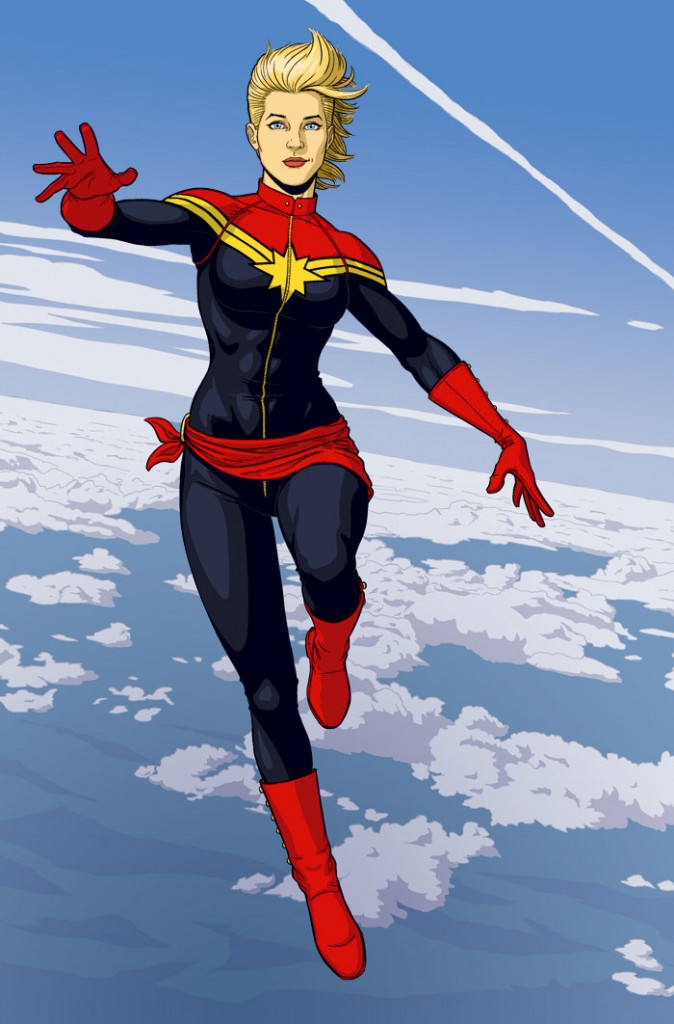 While women have taken the Captain Marvel title in the past, none have reached the visibility that Carol has. Perhaps it was the perfect storm that launched Carol into the forefront of our minds. At the time of the first publication, DC’s New 52 was in full swing, complete with some disappointing changes in their female hero roster. On top of that, fans had been aching for more female creators working on popular books. DeConnick’s emotional writing, take-no-prisoners attitude, and social media presence was exactly the shot in the arm the character needed. Captain Marvel hit the right people at the right time, and, thus, the Carol Corps was formed.

With the formation of the Carol Corps, continued visibility for Captain Marvel has been called for. Fans long for an onscreen appearance of the superhero, especially with the lack of female representation in superhero movies. Further, Carol serves as a role model for a variety of readers, both male and female. DeConnick takes her job as a writer very seriously, especially with a character that is an inspiration to so many readers. Through Carol, readers have formed a community that is welcoming to anyone who wants to reach beyond the stars.

There are currently two volumes of the Carol Danvers Captain Marvel series. The first ran for 17 issues, and the current volume has four issues so far. The first volume focuses on solidifying Carol as a top-rank hero, and the second takes her into space to showcase her full potential.