Welcome to a new feature here at Talking Movies! Guilty Displeasures will be a weekly interview/chat with someone notable about their most hated/reviled/soulsucking movie. Sometimes there will be many to choose from. Sometimes it’ll be focused on one particular offender. For people who see a lot of movies, the good has to be balanced with the bad — and sometimes you just need to talk about it.

For our inaugural post, I spent a few minutes talking with Justin Halpern, the creator of the “Shit My Dad Says” and “Surviving Jack” television series and the author of “I Suck at Girls” (which can be bought here!) 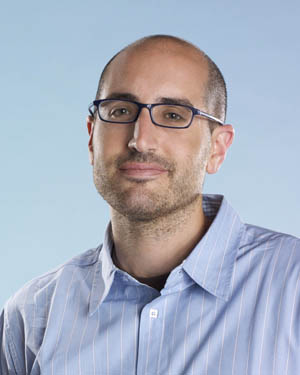 Brian Verderosa:  Justin, is there a movie out there that just absolutely hurts your soul? Something you would love to blink out of existence if you could?
Justin Halpern: Now that I’ve worked in the business for a while, I know how hard people work to make something that ultimately comes out like total shit. So I’m fairly understanding. There are definitely some movies that I really do not enjoy. I remember walking out of Snake Eyes with Nicolas Cage and thinking “What the fuck was that? I hate everyone.” 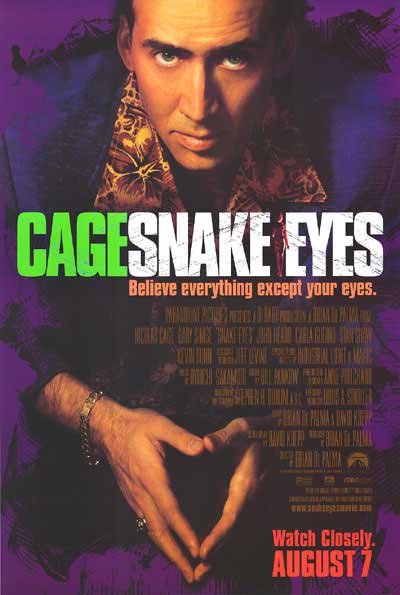 BV:  I saw it as a 14 year old theatrically and liked it. I think. It was really the tracking shot. But that’s also bullshit.
JH:  Yeah, everyone was all about that tracking shot.
BV:  Which is cool, but a movie does not make. What was so egregious to you?
JH:  I knew a guy in college that could blow himself.  That’s also impressive, but I don’t really want to watch that either. It had like nine endings, and each was shittier than the one that preceded it.
BV:  Was there Cage Hate going on? Or is that just a given?
JH:  Having made some real shit, I can tell you that you must accept when you’ve made shit and then try and make it as short as possible. And no, I don’t mind Cage. I liked Con Air a lot.
BV:  So did I, but there are moments that are so amazingly bad in that movie. Mostly Cage’s accent.
JH:  I even liked Honeymoon In Vegas. I was legitimately psyched to see the movie.  Yeah, he’s not great with the dialects
BV:  Captain Corelli’s Mandolin. Whoa.
JH:  I never saw that, and yet, I understand your reference.  A testament to its shittiness.
BV:  Truly. Were there any runners up when you first thought about the question?
JH:  Lost In Translation. 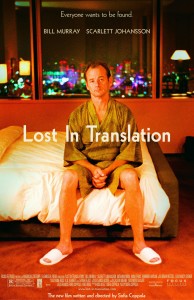 BV:  Oh, see I adore that film.
JH:  I don’t think that’s such a terrible film, but what I hated about it was how much meaning people ascribe to that movie.
BV:  Give me an example?
JH:  I hate anything that makes 25 year-olds feel like their aimless wandering and self pity is okay.
BV:  But isn’t it?
JH:  Here’s a message to 25 year-olds.  Fuck you.
BV:  That’s what turning 30 is for.
JH:  Yeah, it’s fine
BV:  Which I did two weeks ago.
JH:  Just don’t think it has a deeper meaning. It doesn’t. I have no problem with aimless 25-year-olds.  I was one.  It’s when they think they’re part of a struggle or that their lives are worth dissecting that I get irritated.
BV:  Going back to Snake Eyes, are you a de Palma fan as a rule?
JH:  Well, I love Scarface and even think it holds up. But not really a de Palma fan
BV:  Heh, I disagree. Saw it for the first time at 20 years old and thought it sucked.
JH:  I just thought it was going to be an interesting movie about gambling. You thought it sucked?
BV:  Scarface? Oh yeah.
JH:  Hmmm, I wonder if I would think that if I’d seen “The Sopranos” and Goodfellas and all those other films first
BV:  Terrible. Just sensationalism and a bad screenplay and a Ricky Ricardo accent.
JH:  I don’t think I would, but maybe. It’s definitely over the top.
BV:  It’s possible. I mean, I love Robocop 3. Because I saw it when I was 9. Now I’m too afraid to watch it again.
JH:  I’m sure Robocop 3 holds up.
BV:  That sentence is my validation. Justin, thanks so much for giving us your time.
JH:  No problem.  I should note that part of the reason that I hated Snake Eyes so much is that I was so broke at the time, and I really could have used the seven dollars.  So that made me hate it even more.
Justin Halpern can be reached on Twitter both at @Justin_Halpern and, of course, @ShitMyDadSays.
That’s it for this week — if you have an idea for someone to reach out to for Guilty Displeasures, email us at talkingmovies@talkingcomicbooks.com.