Hello, everyone! it’s been a while, but From the Forums is back! After a break that lasted a bit too long, I wanted to have a special post for you today, and so we are going to take a closer look at one of our forum friends. 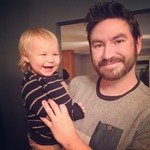 This time, we will meet Justin Townson. You might know him as one of the hosts of our own, recently minted Talking Games podcast. You will definitely recognize him as jorak–forum Avenger, father, gamer, comic-er, and all around good guy.

I asked Justin a few questions about his new podcast and about the site in general, which he very graciously answered. After that, we’ll take a look at what he’s been up to in the forums!

MD: How did you end up participating in the Talking Games podcast?
JC: “I had become friends with Steve over the previous few months and I came to him with the idea for a video game podcast. As it would turn out, he and Bobby were thinking the same thing. We combined ideas and the Talking Games Podcast was born.” 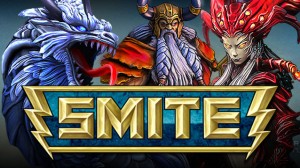 MD: What video games are you playing right now?
JC: “If you’ve been listening to the show you know that I can’t stop playing this MOBA, Smite. I’ve been hooked on that for weeks. Being new to PC gaming is kinda fun. Makes me feel like I’m accomplishing something new everyday. Besides that I’ve been playing AC4 Black Flag and Titanfall.”

MD: What comics are you loving right now?
JC: “There is so many great books out there right now. I could list 20, but here are my top 5.
Sex Criminals
Wonder Woman
Batman
Ultimate Comics Spiderman
Uncanny Avengers”

MD: What is your overall opinion of the Talking Comics Forums?
JC: “I think that the forums we’re building here at TC [are] something that will eventually become the envy of other sites. It actually feels like a community of friends. It’s nice to be able to come to a place and talk about our opinions, good, bad or somewhere in between without having to worry about getting blasted in either direction. I respect everyone there and I know that respect is shown to me.”

Now, let’s see what he’s been up to lately.

On the topic of Batman Eternal: “I’m really digging this series. I like the setup they have going and the art has been pretty good so far. It’s got a long way to go and it still could fall flat on it’s face with the weekly release cycle but so far so good.” 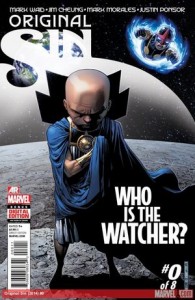 On events and Original Sin: “I’m one of those people that doesn’t mind events. So I was already going to read Original Sin, that being said I thought issue 0 was excellent. I knew of the Watcher from years of reading but nothing more than that. Getting a glimpse behind the curtain hopefully makes the series and his death mean more.”

And, last but not least, there has been some conversation between Missfits Podcast contributor @lissapunch and jorak about getting Melissa on Talking Games. Stay tuned!

That is all for this episode of From The Forums. I want to extend a hearty Thank You to Justin for being a good sport and also being patient.

Keep an eye here next week for a regular installment of From The Forums!