There are some manga out there deemed classic. These series embody the spirit of the medium while telling incredible stories. One of these classic manga series is Ranma ½ by Rumiko Takahashi.

If the name Rumiko Takahashi sounds familiar to you, it should. Takahashi is the creator of Inu Yasha, another prime example of a successful manga series. But that’s another story for another day. What you need to know is that Takahashi is one of the most successful manga creators whose stories cannot be pinned down into a single genre. 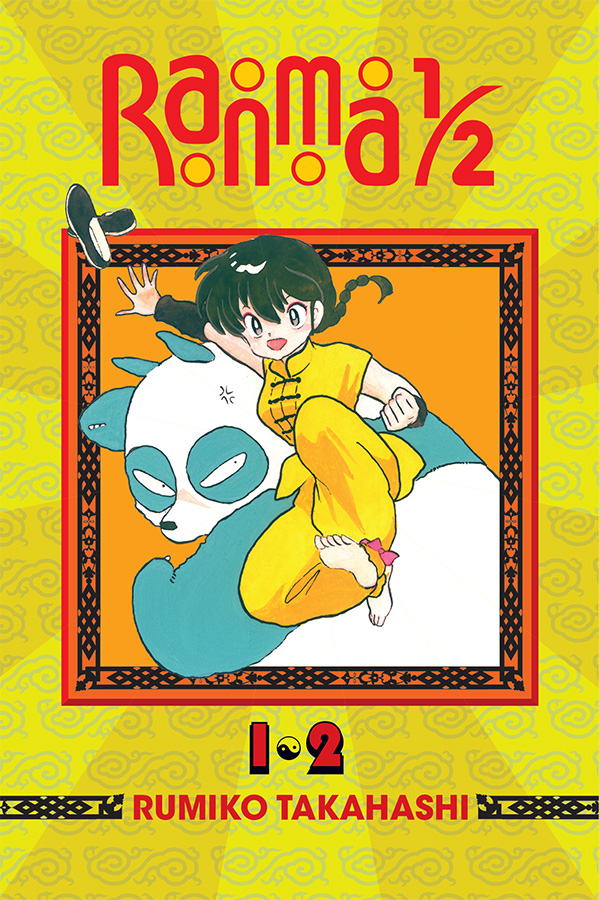 Ranma ½ tells the story of Ranma and the Tendo sisters, Kasumi, Nabiki, and Akane. Ranma’s father, Genma, promised to marry his son to one of the Tendo sisters. When Ranma shows up at the dojo with a giant panda and turns out to be a girl, things start getting interesting.

When Ranma was training in China, he and his father fell into hot springs representing different tragedies. Genma turned into a panda, and Ranma turned into a young lady. When splashed with hot water, both Genma and Ranma turn into their former selves. And thus, the comedic element of the series is introduced.

But this strange gender bend acts as more than comic relief. Takahashi has introduced many gender-themed elements into Ranma ½. Take Akane. Akane is Ranma’s chosen fiancée (by chosen I mean her sisters think it’s hilarious for her to marry Ranma one day). Akane is also the brightest pupil of her family’s dojo. When she is first introduced into the series, we see her training diligently. Her first interactions with Ranma (as a girl) involve sparring. Her daily chore before school involves beating a throng of high school boys who want to defeat her in battle and win her hand. Akane is not your typical manga heroine.

Despite her relax gender role in her life, Akane has little tolerance for Ranma and his physical sexual fluidity.  While Akane represents gender fluidity, Ranma represent sexual fluidity. He reminds us that he is the same person in either body, that being comfortable with him in one form should carry over to another. Akane has both masculine and feminine characteristics within her female body. The romantic pairing of these two is incredible.

One of the most interesting aspects of Ranma ½ is the idea of feminine modesty. When Ranma is in his female form, he doesn’t think twice about covering up around others at home. To him, he’s still a boy, and going topless is natural to him. Others around him, however, feel uncomfortable with his exposure. To Ranma, he’s still a boy, and he’d prefer for others to remember he’s a boy no matter what physical state he is in at the moment.

In addition to the concept of feminine modesty, Ranma ½ also addresses gender stereotypes. Part of the fun of the stories is when, in a fight, an insult is hurled about Ranma acting like a girl. He immediately feels the sting because of his situation (he really just wants to be a boy full time!), but the reader may have a chuckle about the lame insult after knowing about Akane and what she thinks acting like a girl is. Additionally, Ranma ½ is a martial arts story. The two main characters, Ranma and Akane, are both avid martial arts fighters. They get in a lot of fights, both with each other and challengers. The idea of a character “fighting like a girl” is null and void, since we’ve seen equal success of female and male fighters winning in this story. 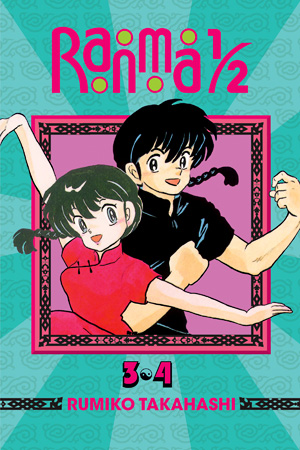 Ranma ½ debuted in 1987 in Weekly Shonen Sunday, a manga magazine. Since then, the story has been collected into 36 volumes from VIZ Media. Recently, VIZ announced they would reprint the manga, keeping the original right-to-left orientation, in a format that contains two volumes in one. For those keeping score at home, this is the first time this series has been published in America in the original orientation. The first large volume came out March 11th, and the second volume hit shelves on May 6th. Look for volume three of the series on July 8th. The series is also available in individual volumes in a flipped orientation, but they may be difficult to obtain. The anime is also available from VIZ – you can purchase the series on DVD or Blu-Ray or catch episodes of the hit anime on Neon Alley in both dubbed and subtitled formats. Either way you choose to enjoy this series, you’re going to have a great time.