Barbara Gordon is not having a good year. Between the events of Death of the Family and killing her brother, Babs is a mess. Her father is actively searching for Batgirl, the murderer of his son, leaving Babs to seriously question her after-hours recreational activities.

And that’s just the tip of the iceberg in the fourth trade of Batgirl. 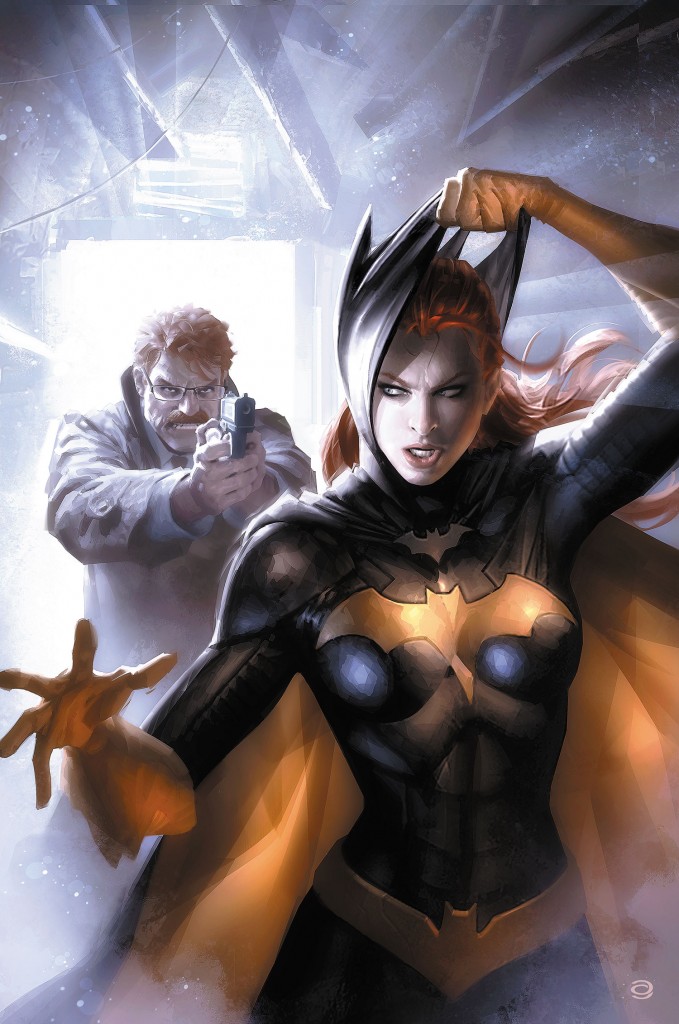 Let’s start at the beginning, shall we? Barbara, who has devoted her life to fighting crime, suddenly loses that piece of herself. While James Jr. wasn’t the greatest of men, Barbara doesn’t see her killing as the best solution to the problem. If Batman refuses to kill the Joker, the most psychotic villain in Gotham, what right does she have as a member of the Bat-family to kill her own brother? Where does this leave her? Her actions, as she puts it, cut herself out of her own life. As the Bat across her chest is a symbol of justice, the lack thereof is a symbol of an aimless hero.

Just because Barbara needs a mental health vacation doesn’t mean Gotham is ready to ease up on her. In addition to Commissioner Gordon hunting down his son’s murderer, Babs has a new villain on the scene, one that truly embodies Simone’s writing style. Enter the new Ventriloquist, Shauna Belzer. Shauna is an unstable woman who was given a ventriloquist dummy at a classmate’s birthday party when she was young. Since then, Ferdie the dummy has fed Shauna’s sick needs. Her desire to become famous and loved creates an avenue for the murderous doll to do what he does best: drill holes into people and give the reader nightmares.

Nothing like the image of a creepy ventriloquist doll and a mentally ill woman drilling your eyes out. Thanks, Gail & Co. 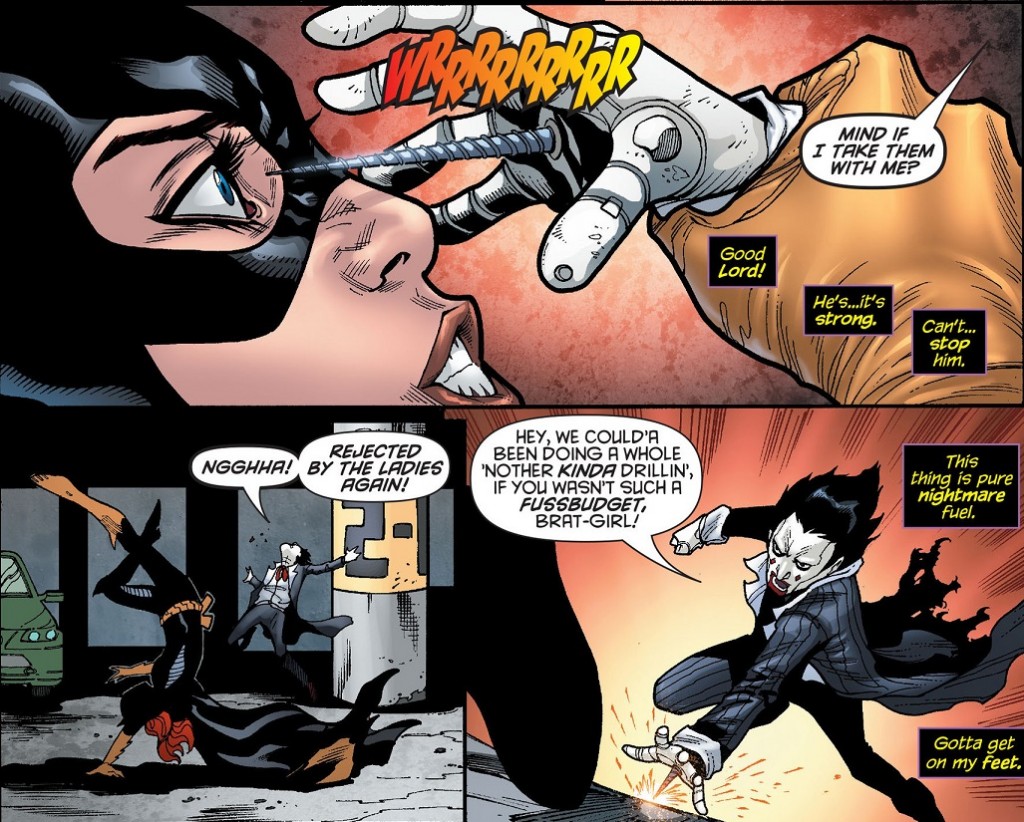 Shauna and Ferdie aren’t Barbara’s only problem in this arc. It seems like trouble follows Babs everywhere she goes – including dates with her younger boyfriend, Ricky. Fisticuffs with the local gang give Babs more than she bargains for, including a run-in with some old enemies.

There’s a lot going on in this arc. Simone really packs in a lot of action into these six issues, and the Forever Evil villain’s month book, The Dark Knight #23.1: Ventriloquist, adds to the creep factor of Shauna. There are a few concerns about this arc. For instance, the final issue of the arc is not in this collection. That’s right – issue 26, the one that wraps up the arc and features Barbara and the Commissioner kicking ass didn’t make the cut. For those that trade wait, this is a huge bummer. It’s also a horrible editorial mistake. Cutting a trade one issue short of the story just seems to spit in readers’ faces. But, in the long run, that’s probably better than what happened as the single issues were published. It seemed like the overall publication was interrupted by Zero Year, Gothtopia, and Forever Evil. Granted, Gothtopia happens in issue 27, outside of this collection, but that has still got to grate readers’ nerves. That, in combination with a trade that doesn’t complete the Wanted arc, leaves fans a little irritable.

Despite editorial issues, Simone’s Batgirl is well written and enjoyable. Yes, we know that superheroes are not allowed satisfactory personal lives. That knowledge leaves us with a pit in our stomachs every time Babs has a glimmer of joy in her life. Still, Simone works in these happy moments into Babs’ life without the reader feeling entirely put-off when happiness is snatch out of her hands. Quite a feat, especially when you look at other DC heroes’ lives. Simone still weaves in Barbara’s gun trauma into her life, and we even get another glimpse at her recovery courtesy of Dr. Andrea Letamendi. I wonder what she would say if she knew Barbara was constantly having flashbacks of throwing a batarang into her brother’s eye and sending him down to his death?

It’s hard to jump into this series without prior knowledge. With minimal knowledge of the character or what she is up to at this point in her life, we have a story about a lost hero trying to find her way back. For fans of the Bat-universe, we get a front-row seat to the complexities of a dual life and the hard choices heroes have to make for the sake of their cities. Is this a perfect trade? No. Is it worth reading? Yes.