What if you had to relive the day you died over and over again? Each time, before you die, you witness you friends and mentors fall in battle. You realize how utterly helpless you are to changing anything – until you realize you can change the outcome each day.

Keiji Kiriya is a fresh recruit in the battle against an invasive alien species. These aliens – Mimics – are near impossible to kill. Regular artillery hardly scratches them, and their technology surpasses nearly anything humans can bring to the table. The best hope humanity has are soldiers trained to used Jackets, which operate as a weaponized extension of the solider. Even with these powered suits, it takes nearly 10 soldiers in Jackets to kill on Mimic. All is not lost though; elite soldiers trained in battle do exist. The Full Metal Bitch is humanity’s best hope. 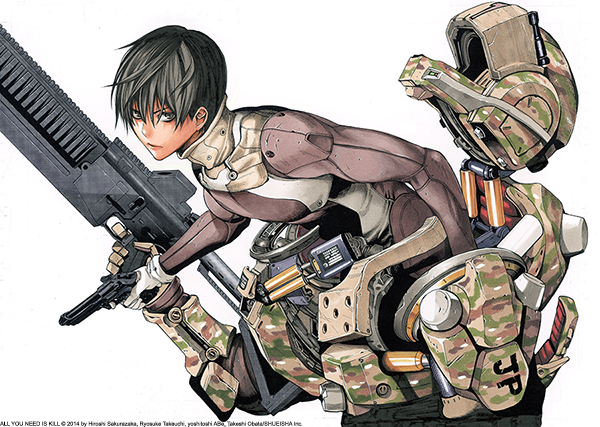 When Keiji meets Rita on the battlefield, he is immediately intrigued by her fighting style and military prowess. This woman is leaps and bounds above everyone in skill, yet is incredibly young and small. As Keiji notices that his days are repeating, he sees Rita as his way out the time loop he is stuck in day after day.

Keiji’s time loop sends him back 30 hours before he dies in battle. He wakes up in his bunk, only to discover that he died in battle and has to go back into the same battle. Keiji decides that the time loop is his only chance to become strong enough to defeat the Mimics. 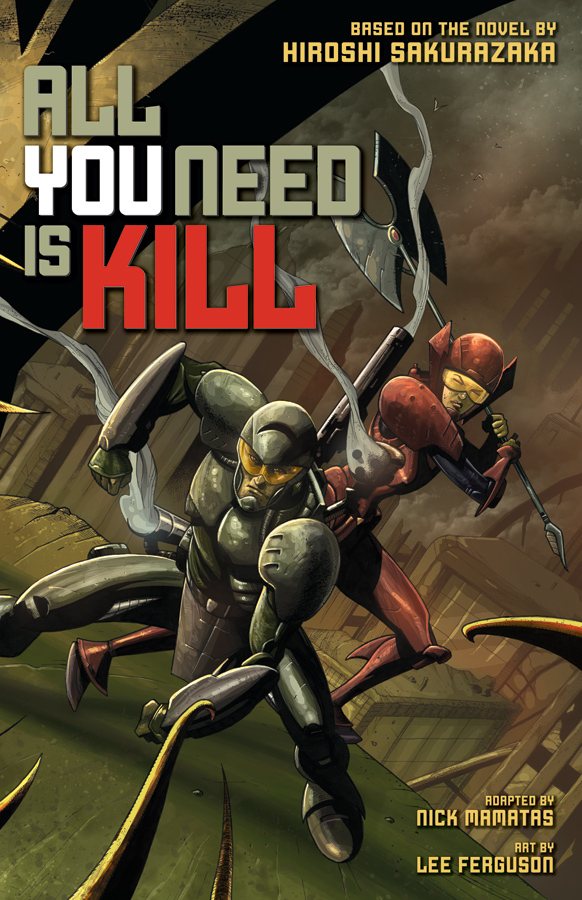 The All You Need is Kill graphic novel adapted by Nick Mamatas and illustrated by Lee Ferguson strips down the story to the bare elements. There is little character development allowed to the characters and minimal explanation of how the story progresses. This adaptation could use more narrative exposition and time spent on key elements in Sakurazaka’s story. The adaptation does a good job conveying the horror of the battle humanity is locked in with the Mimics. For a quick read of the story, this adaptation hits the mark.

For a more intense and intrusive look in the story, Obata’s manga adaptation of the story is a faithful and entertaining piece to read. Currently published Weekly Shonen Jump, Obata’s All You Need is Kill is the breakout limited series in the manga magazine. Obata is a master of manga, and his adaptation of Sakurazaka’s story is riveting. The action scenes are spectacular, the quiet moments between characters are delicate, and the pain Keiji feels when he knows he has failed in battle and died is vivid. The series is currently wrapping up in its weekly publication. For the first time, All You Need is Kill will have a simultaneous digital release in both Japanese and English on June 19th from VIZ Media. Digital copies can be purchased on the VIZ manga app and online at vizmanga.com. A print omnibus version of the manga will be available later this year. 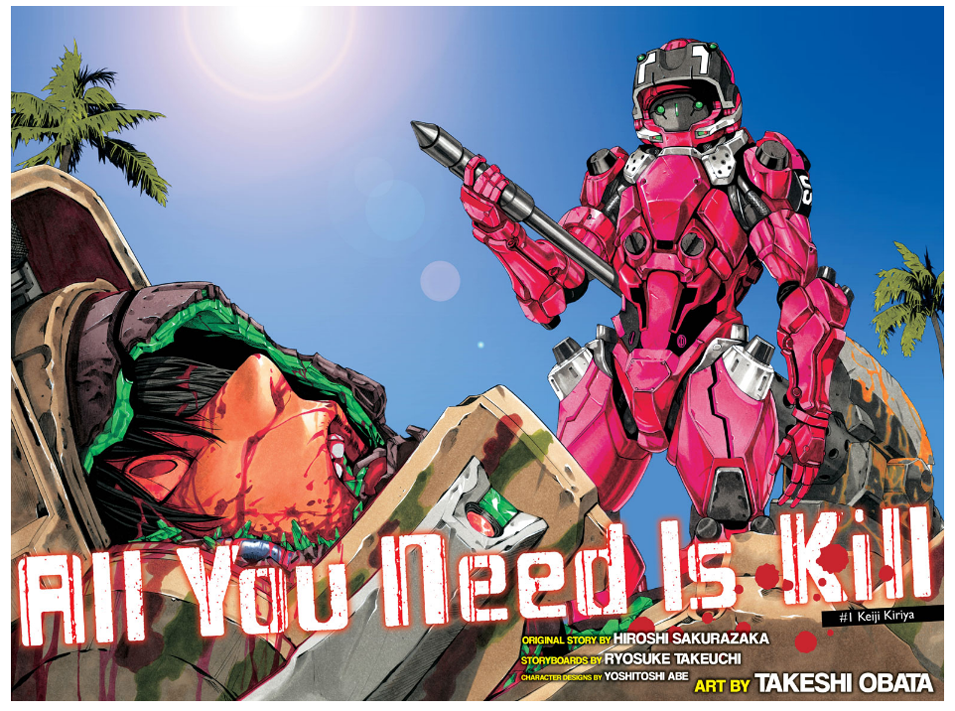 All You Need is Kill is a great science fiction story that translates well into a manga medium. It is recommended for sci-fi junkies and readers who love intense action stories about the impending doom of the human race. For the full story, check out Sakurazaka’s original novel. For a quick interpretation of his work, Mamatas and Ferguson have a graphic novel that works best as a companion. For an accurate and engrossing adaptation of the story, check out Obata’s manga in Weekly Shonen Jump and Shonen Jump Advanced. Finally, Edge of Tomorrow, a movie adaptation of All You Need is Kill, will be in theaters June 6th.  Read up and get ready for the movie!