Manga Monday is Mara’s effort to explore the world of Japanese comics. Through weekly reflection, she hopes to discover the appeal of manga to readers, the themes that run through them, and what readers can learn from them. If you have suggestions for future Manga Monday features, be sure to leave your thoughts in the comments!

The day has finally come! The original Sailor Moon anime is finally available on the streaming service Hulu thanks to VIZ Media. The episodes are uncut with new English subtitles and new English dubs to come later. New episodes will debut on Neon Alley and Hulu every Monday, and the DVDs and Blu Ray of the series will be available at a later date.  In celebration of this incredible announcement, this is the perfect opportunity to kick off a new column, Manga Monday, with the legendary series.

Naoko Takeuchi’s Sailor Moon is a memorable part of the female 20-something’s life. Cartoon Network’s afternoon Toonami brought to life Usagi Tsukino, a klutzy middle-school girl with an average life. All of that is changed when Luna, a mysterious talking black cat, walks into Usagi’s world. 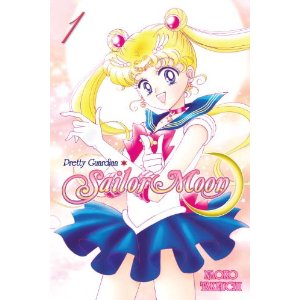 The main theme of volume one of Sailor Moon is confidence. From the very beginning, Usagi cannot meet any one’s exceptions. Her mother is constantly on Usagi about her grades. Usagi can’t seem to get everything together long enough to be to school on time. Her teacher and classmates do not take her seriously. She saves a cat from some punk kids, which changes her life forever.

Usagi doesn’t immediately gain confidence after Luna reveals her destiny. Usagi is the legendary Sailor Moon, but her attitude about herself doesn’t change. With intense prompting from Luna, Usagi faces her fears and takes down the demons invading her hometown.

Along the way, Usagi meets up with her supporting cast. Ami is a brilliant computer nerd who is the brains of the Sailor Scouts. Tuxedo Mask is a handsome stranger who sweeps in to save the day. Rai is a beautiful, fiery priestess who competes with Usagi on nearly every task. Makoto is a tall, tomboyish girl who is fiercely loyal. Over the course of the series, Usagi and the Sailor Scouts meet more new allies, explore their previous lives on the moon, and battle evil throughout the ages. 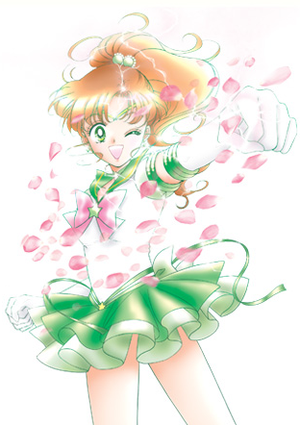 Sailor Moon is far from a perfect manga. The action is spazzy and hard to follow. The age of the girls can be disturbing (some of the themes of romance can be heavy handed for younger readers). As with any manga, a certain amount of distance between the real world and a fantasy world must be employed. For young readers, there is a huge appeal to Sailor Moon. Despite being completely average, Usagi is a guardian of the Moon. She, with the help of her friends, can take down threats to world. She is any one of us. If you can accept that a young girl can fight bad guys with little training or experience, then Sailor Moon is for you.