“It’s no mystery that I’m a huge Mike Del Mundo fan. Not only is this cover absolutely gorgeous, but the interior art will blow you away. This is not only my favorite cover of the week, it’s also the standout new comic book release as well.” – Steve Seigh

“There are some very arresting covers for this re-launched Elektra series, but this impressionistic image by regular series artist Mike Del Mundo wins the day for me.” – Bob Reyer “It’s all about the blood rushing out into the water, forming a most disturbing and bleak American flag. I know it’s grim but I dig it anyway.” – Steve Seigh “Stephanie’s cover for Warlords of Mars #100 proves that when done with class, a cover featuring a heroine in a revealing outfit can still be sexy, lethal, and stylish.” – Steve Seigh

Art and Cover by Mike McKone

“I’m so psyched to read this new series from Jeff Lemire. For those who aren’t aware, my girlfriend lives in Canada, so I’m constantly making trips to and from the United States and into the Great White North. It brings me joy to see this new character represented on such a colorful and energetic cover.” – Steve Seigh

Art and Cover by Chris Mooneyham 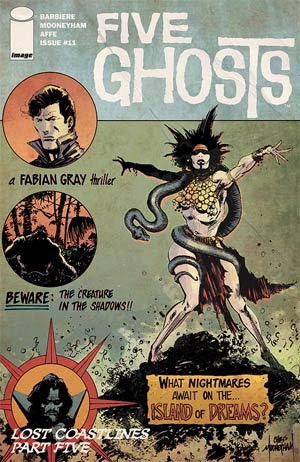 I love that this cover looks as if it belongs on the old Charlton book “The Many Ghosts of Doctor Graves”, much like this one by Steve Ditko: 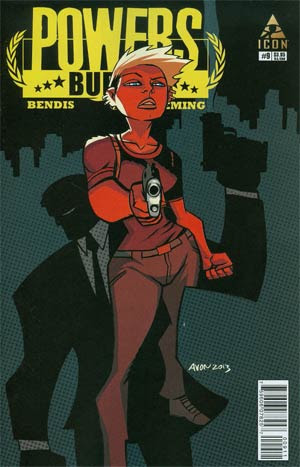 “I don’t buy this series, but I might have to begin if the interior art by Michael Avon Oeming is in this modern “noir” style!” – Bob Reyer 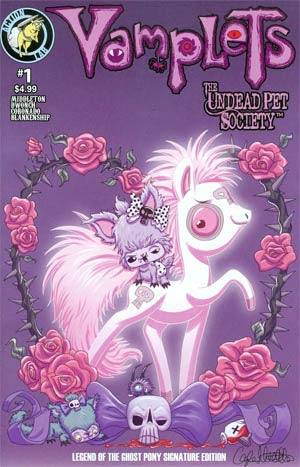 “You learn something new every day–well, maybe not yesterday, but you get the idea! Anyway, I just learned that Gayle Middleton, the writer of this series and the illustrator of this sweet yet oddly disturbing cover is also a Hasbro designer and illustrator on such things as “My Little Pony”, so I’d expect “Ghost Ponies” to find their way to store shelves soon!” – Bob Reyer

This week’s list was compiled while listening to the band ANTEMASQUE. I honestly have not been able to get enough of these tunes since their release.

This is a column featuring Favorite Comic Book Covers of the Week 04/23/14 as chosen by Steve Seigh, Bob Reyer, and several staff members and fans of Talking Comics.