Aloha, forum surfers! Today, we are back on the trail of new and exciting fare from the Big 2. Let’s see what you have to say!

First, from Marvel, we heard rumors last week that we would be getting as many as five new ongoing series from the house of ideas. We know that one will star Deathlok, while it’s unclear whether the new Spider-Man 2099 series counts toward those magic five.

CaptainSuperior asked the forum what we thought these new ongoing series could be. Here’s what you said:

IncredibleD started with a possible phase three tie-in: “Ant Man! With the movie coming next year i think(and hope)there’s gonna be a new series in the near future.”

Simon is hedging his bets: “My guess is Wolverine and the Avengers, and then another X-Men book.” 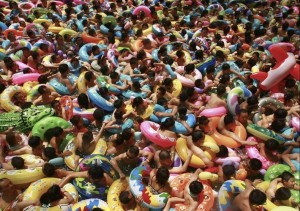 And dwilliams has something very specific in mind: “Can we get an All-New All X-Men Always book? The premise is it’s every single X character all in the same book, and for 20 or so pages they just push and shove each other for panel space. There could be a monthly cross-over with Mega Avengers Universe.” He even included a cover pic:

It looks like we’re seeing some Hickman fatigue over in the Avengers thread. Many of you have dropped New Avengers in favor of other books. optimus sums it up: “I did the same but dropped new avengers for secret avengers. Everything is too BIG and universe shattering. I need it to be more ground to earth.”

There are a lot of new titles happening over at Marvel right now, and you guys seem to be liking them! Here are a few:

joestate says about Moon Knight: “I thought the second issue was fantastic! While the ending was very abrupt it was done that left me wanting to know more. I was so happy with the way they used the panels throughout this issue.”

CaptainSuperior is a fan of Iron Fist: The Living Weapon: “The art was top notch and really captured the martial arts action. I’m really hoping enough people pick this series up to keep it going. I would highly recommend this series to anyone, it is extremely new reader friendly.”

And pacino recommends Iron Patriot: “The faces were a bit wonky (Lou Gossett Jr was Rhodey’s father!), but the story is setting up to be really good. I highly recommend it if you like Rhodey or Ales Kot (Zero, Secret Avengers) as a writer. It’s a 5 issue mini.”

Now, over on the other side of the aisle, let’s take a look at some of the buzz about DC.

Friend of the program xtjmac510x is a believer in Batman Eternal: “So I read the first issue. Really solid so far. As I mentioned before I’ve been out of the Bat-loop for a while but it feels like a really exciting start for a series. I’m definitely going to be picking up issue #2.” 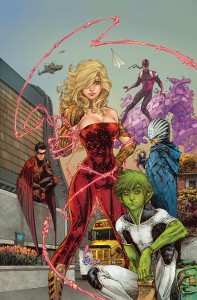 Teen Titans is getting a releaunch this June.

majorjay says: “I think we all knew there was going to restart the series. hopefully it is better then the last run.”

Mighty Milton likes the promo art so far: “The art looks good. I hope it serves as a jumping on point for new readers so I can get back into it.”

Make sure to take a look at the Batman short film from Bruce Timm for the Dark Knight’s 75th anniversary. Fans of the Animated Series will find it pleasantly familiar.

And finally, it looks like Suicide Squad will become “New Suicide Squad” and get a #1 in July with a new creative team and a couple new members.

arcticbeast says: “I think I’ll check it out for a few issues. I have no really history or understanding of this team but got interested with there appearance on Arrow.”

Raider30 is excited about the new team: “Absolutely interested! I love the current run of Suicide Squad, though the past few issues haven’t been as good, IMO, as a lot of the prior ones… But adding in Deathstroke and Black Manta is very cool as I only have a cursory knowledge of those characters.”

That’s where we’ll wrap it up for this week, folks. Between April 7th and the 13th we had 264 new posts and three new members. The most pulled books last week were Captain Marvel #2, East of West #11, Shutter #1, Avengers Undercover #2, and a three way tie for Batman Eternal #1, All-New X-Men #25, and Iron Fist: The Living Weapon #1. Music this week was Queens of the Stone Age, suggested by IncredibleD, with highlights being Everlasting Light by The Black Keys, Icky Thump by The White Stripes, Kashmir by Led Zeppelin, and First It Giveth by Queens of the Stone Age.

Thanks for reading and have a great week!