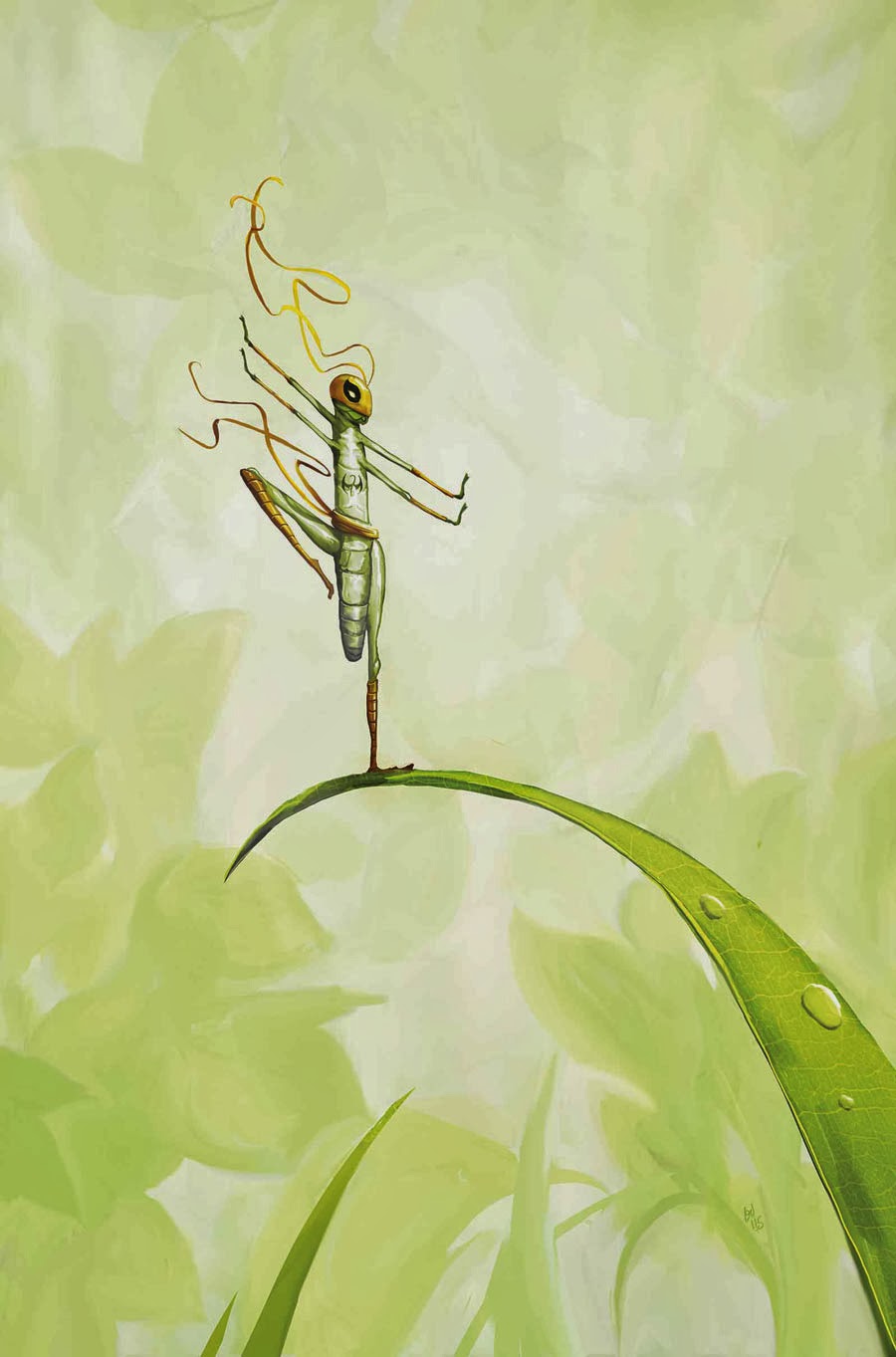 “This cover brings me an overwhelming sense of calm, and after the busy week I’ve had I can truly appreciate that.” – Steve Seigh

Anyone who has ever seen any of my artwork will totally understand why this is one of my favorite covers of the week. I’m not certain that I can draw with this level of detail, but it certainly is reminiscent of my style and that’s something I can dig.” – Steve Seigh
All-New Ultimates #1 “I’m really digging the pale yellow against the varying colors of each hero’s costume palette. Also, who doesn’t love a great “in-action” cover? No one, that’s who!” – Steve Seigh 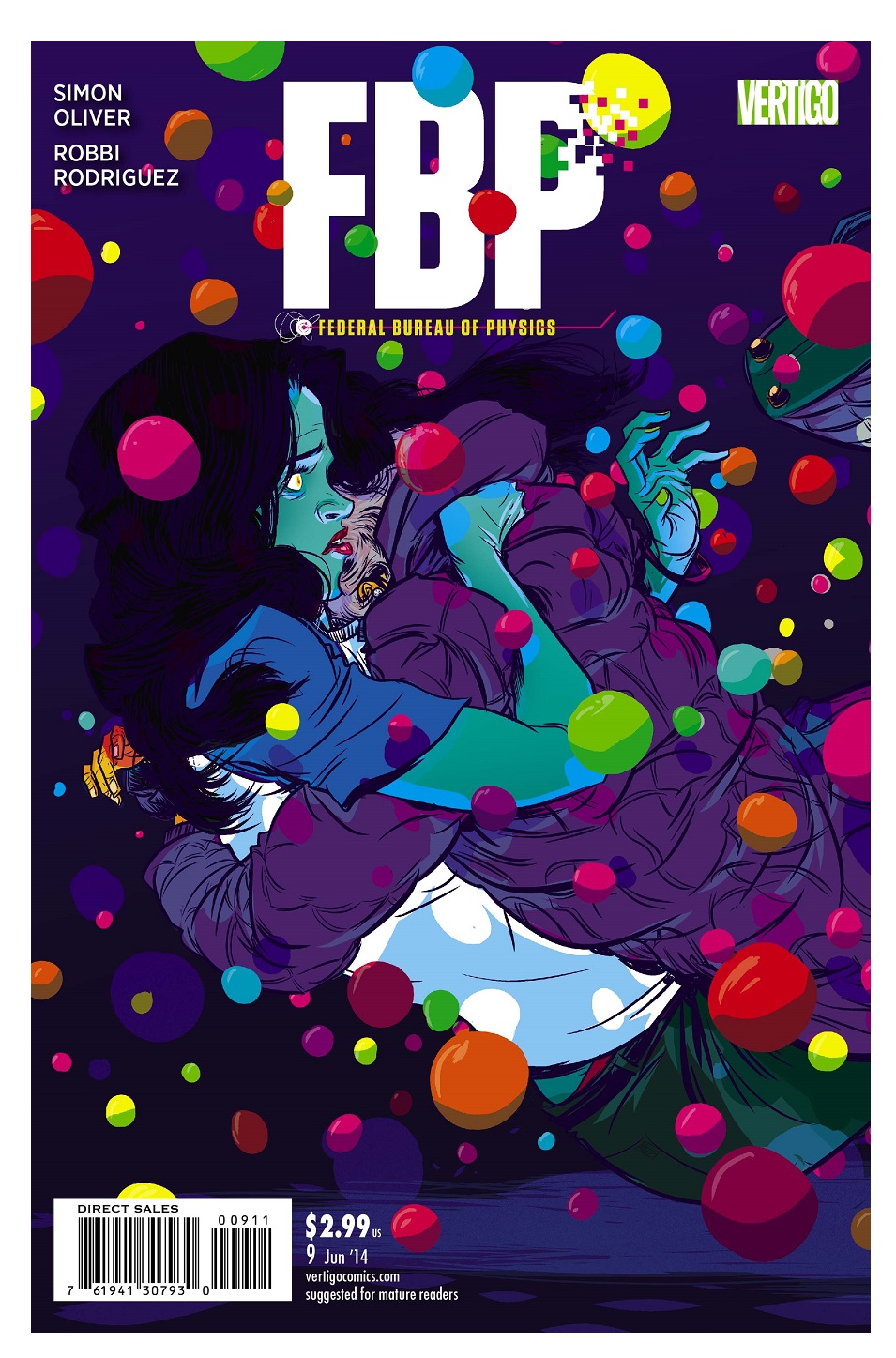 “Violet is one of my all time favorite colors, and I’m really enjoying the way these colorful bubbles play against the purplish hue.” – Steve Seigh

“This cover by David Lopez has a powerful upward thrust that reflects the “Higher, further, faster, more” attitude of the book’s star! After the events that closed out the first series, the sheer joy in Carol Danvers’ face as she soars unimpeded once again is unmistakable! Isn’t it great to see our heroes smile, too?” – Bob Reyer

The Royals: Masters of War #3 “I’m a sucker for throw-back images, and excepting the giant meta-human at the center, this cover by Simon Coleby has a definite WW II propaganda poster feel! If the interior art is like this, I may have to join Stephanie on this ride when the trade comes out!” – Bob Reyer 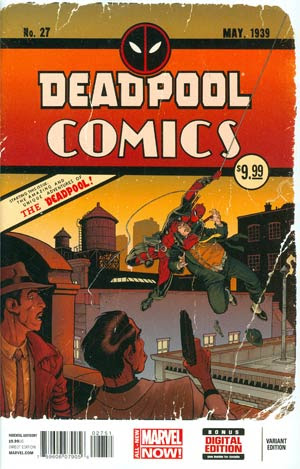 There are any number of variant covers for this special issue of Deadpool, and although the Mark Brooks “stained glass” and the “record holding” Scott Koblish images were fun, this homage to Detective Comics #27 and the first appearance of Batman by Arthur Adams wins the day!

A quick aside; there’s been quite a buzz recently over Batman’s “father” Bob Kane and the roles of Bill Finger and Jerry Robinson in the creation of the character, villains and settings, and though it’s widely known that Mr. Kane had much of his art “ghosted” for him, the iconic cover to the first Batman story is in fact a swipe that he probably traced from a drawing by the incomparable Alex Raymond’s Flash Gordon newspaper strip!” – Bob Reyer

Failure is BACK, baby, and they’re coming to NEW YORK CITY!!! WAAAAAAAAAAAGGGHHHHHHH!!!! Nope, I’m not excited at all! I’ve only been waiting over 10 years for this to happen!

This list was compiled while listening to the album Magnified by the band Failure.

This is a column featuring Favorite Comic Book Covers of the Week 04/09/14 as chosen by Steve Seigh, Bob Reyer, and several staff members and fans of Talking Comics.