This week, we can’t stop talking about Cap! It’s an all Captain America episode of From the Forums, and there’s a lot to talk about! The crew at Talking Comics did our best to bring you all of the Cap content you could handle. Now, let’s see what’s on the minds of our members!

First, let’s talk about last week’s podcast, where the Talking Comics gang discussed the history of The First Avenger. Mr. Bob Reyer was, of course, at the head of the class for this one. Here’s what you had to say: 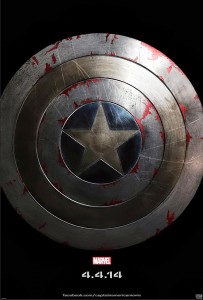 tooth said: “Probably my favourite episode to date. Captain America, specifically Ed Brubaker’s run was the reason I started buying monthly comics.” And shares a moment: “…my sister and I flew to SDCC in 2012, where they announced the title of the next film: Winter Soldier. And I literally leapt into the air out of my seat.”

rccarrol philosophizes: “Excellent, excellent episode. I loved all the talk about what Cap really stands for and what he means in a political sense, and I think you hit the nail on the head.”

If you’d like to know more about the graphic novel Captain America: The Winter Soldier, be sure to check out the most recent Talking Comics Book Club here.

In what was probably the funniest exchange to take place in the forums all week, Logan A. Rowland asked our esteemed historian, Mr. Bob Reyer, who of his favorite characters he would be willing to let pass into memory: “Say you had to permanently kill off one of your top three favorite characters of all time… which character would you kill off? There are no loop holes.”

And Bob’s answer might shock you: “I would have to say that as the character as is currently written is not “my” vision of it, and that due to “big-time creator syndrome” it is not likely to change anytime soon, I would order a hit on Captain America.”

And finally, because it’s what everyone really wants to see, let’s take a look at what you, the Talking Comics forum members, thought of Captain America: The Winter Soldier.

Captain Superior gets right to the point: “Saw the movie last night, it definitely lived up to the hype! The first Captain America movie was my favorite, but this one has quickly succeded the throne.” 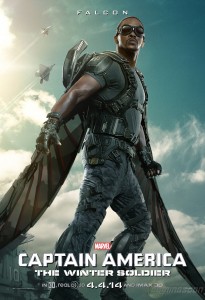 Mighty Milton saw something that I didn’t: “Great film, easily the best of Phase 2… So far. Lots of twists! Loved the Ed Brubaker cameo!” And also picked out my new favorite Marvel Cinematic U character: “My favorite part of the whole film had to be Sam Wilson. Dude’s legit.” (That’s Anthony Mackie playing the role of Sam Wilson, aka The Falcon, FYI.)

elgaucho loved the fights: “Might be the best action choreography i’ve ever seen, regardless of genre. The fights and chases are so smooth and creative and quick and fun to watch.”

And courtneyk has a perfect–and spoiler free–summary of my thoughts on the movie: “It was amazing, wonderful, superb – all the adjectives!…and I can’t wait to see what the events mean for the rest of the MCU. And can we please please please have a Black Widow movie now???”

For those of you who might like to discuss the events of the film without having to tread lightly, check out the spoiler thread here.

And don’t forget to check out Stephanie’s review.

As for the rest of the forums, we had 266 new posts and 3 new members between March 31st and April 6th. The most pulled comics for the week of Wednesday, April 2 were She-Hulk #3, Moon Knight #2, Pretty Deadly #5, Inhuman #1, and Swamp Thing #30. The music selection this week was of my own choosing–getting back to my roots as it were–with Quicksand Radio via Pandora. Highlights include Outshined by Soundgarden, Aerials by System of a Down, Change (In the House of Flies) by Deftones, Steady Diet by Fugazi, and Landmine Spring by Quicksand.