What does it all mean? #itsallconnected

I’m going to be talking SPOILERS here, for both Captain America: The Winter Soldier and Agents of SHIELD, so from this point forward, consider yourself warned.

Well, all the cats are out of their bags, and I have to say that, personally, I could be more excited. I’m talking, of course, about how the events of Captain America: The Winter Soldier will effect the larger Marvel Cinematic Universe as well as their little-engine-that-could TV show, Agents of SHIELD.

I went to see the movie on Sunday morning, and while checking Facebook beforehand I saw an article from USA Today talking about how revelations from the film would directly effect Agents of SHIELD. While I suspected that there would be repercussions from one to the other, I chose to wait until after I saw Cap 2 before reading the article. But then, while I watched the movie, I couldn’t help but keep thinking back on that question, “How is SHIELD going to deal with all of this?”

Well, we have some answers and we have a lot of speculation. Here are my thoughts: 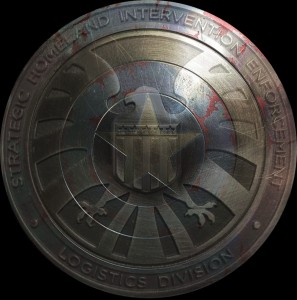 First, don’t be fooled into thinking that this was all a surprise for the minds behind Agents of SHIELD. In fact, the powers that be behind the show knew details about the plot of Cap 2 before the show even started filming. And, the entire cast of SHIELD got to watch Cap 2 before they started filming these final six episodes. This has all been part of the plan since the beginning, and I think a second look at season one will reveal seeds that we weren’t aware were being planted.

Second, let’s just get it out there: it’s HYDRA. Thank the heavens we don’t have to call it Centipede or The Clairvoyant or whatever else anymore–we can just call it what it is. But yeah, all of those high-level SHIELD officers who made an appearance on the April 1st episode of Agents? Any of them–or all of them–could be HYDRA agents. And by the way, we know that there will be a “betrayal” on Coulson’s team as well–we just don’t know who or how yet. I know that the end of End of the Beginning implied that Agent Victoria Hand is the big bad, aka The Clairvoyant, but I’m still skeptical. At this point, the only person I’m going to give a pass is Agent Blake, who is probably either dead or in a coma. Hand, Garrett, Triplett, or a host of other agents we haven’t met are all suspect. And, Patton Oswalt will be making an appearance on the show very soon. Will his agent be a friend or a foe?

One thing we know for sure is that Agent Coulson and his team will be in the wind for the foreseeable future. No SHIELD support, no backup, no one to trust. A friend of mine compared their situation to Firefly and the crew of Serenity, which is not entirely inaccurate (and also funny on a couple of levels.) I personally believe, however, that this is where Coulson and his team will thrive and finally have a chance to shine and grow on the show. It’s felt like they’ve been in some kind of holding pattern for a while now, and it turns out that they were. So now the show can “begin” in earnest.

There are six episodes left in season one of Agents of SHIELD, and they have a lot of ground to cover between now and then. The fact that this show can be so heavily impacted by what is happening in the greater MCU is something that I find absolutely fascinating. Here are some more things to consider:

I loved that Agent Sitwell has been popping in on the show and that we now know that he was a HYDRA agent. Now we have to question everything that he said or did while he was on SHIELD.

During Cap 2, all of SHIELD’s files are released onto the internet. Does that mean that Skye will now be able to read her own file about where she came from and who she is? Also, will Skye now have access to Zola’s algorithm to locate HYDRA agents? How will the algorithm factor into the show?

While I’m pretty sure that May is not the real traitor, I sincerely hope that it’s not Fitz or Simmons, because to break up their dynamic on the show would be a crime.

Hunting HYDRA will be the focus of the show going forward, especially into season 2. Will SHIELD be re-established by then? Or will the name of the show end up as a sort of ironic tribute to the fallen organization? 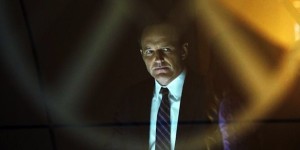 We have heard from Samuel L. Jackson that he will be making another appearance  for the season finale. Given the way he departed at the end of Cap 2, I would expect this to be a scene on a park bench somewhere. Maybe he explains his motives for bringing back Coulson, maybe not, but it should certainly include encouragement by Fury for Coulson to continue his operations.

There are so many other questions and so many new developments to follow that, for me at least, Agents of SHIELD feels like a completely new show. And yet, they still have their own issues to deal with: Deathlok is still on the loose, they have spies inside their own house, and somehow Coulson will need to decide to keep doing what he thinks is right. It’s all very exciting and new, and I’m looking forward to the next six episodes with anxious anticipation.

If you enjoyed Captain America: The Winter Soldier and you want to see more about what happens to SHIELD, now is a great time to jump in with Agents of SHIELD. I recommend going back to last weeks episode, The End of the Beginning, at which point you will be all caught up to current.

Keep a look out tomorrow for my review of this weeks new Agents of SHIELD episode, and feel free to follow me on twitter (@creationmythstu) as I will be live-tweeting tonight’s show! (I live in the Mountain time zone.)

Thanks for reading and please, let me know what you think of all of this in the comments. I’d love to hear from you!