Good morning, readers. This week on Talking Comic Books dot com we have seen the maiden voyage of Talking Games, a video game podcast starring Steve Seigh, Bobby Shortle, Justin Townsend, and Jacqui Turner. In celebration, I’ve decided to dedicate this week’s From the Forums to our second favorite time suck: video games! Check out Talking Games, grab a controller, and let’s see what you’ve got to say.

First let’s take a look at what you all thought about the new podcast:
Forum Avenger deadfett said: “Really great episode guys! The flow was absolutely flawless and the discussion overall was done to perfection. Great job hosting the show Steve and you would never guess this was Justin’s first time doing a podcast at all.” And added later: “Also… the podcast was done so well I found myself wanting [to chime] in and realized I was pulling a Dr. Malcolm talking to myself in the car.” I’m glad I’m not the only one who does that!

arcticbeast, who is currently the front runner in the “creepiest avatar” award, says: “Great show guys listening to it now [almost] done.” And specifically about this week’s topic: “I couldn’t agree more about Titanfall. I got to play for a few hours last night with a couple of my cousins and it was awesome.”

And Steve–aka deadanchoress–who is hosting Talking Games, had this to say to everyone who has already tuned in: “I’d just like to take a moment to thank everyone who went ahead and checked out the first episode of Talking Games. Your support means the world to us and none of this would be possible without you there to listen. We have a lot of great shows planned, an amazing panel, and hope to bring some really cool guests onto the show in the near future.
Game on!”

Elsewhere in the Forums, xtjmac510x posted about Riot Games’s presentation at GDC (Game Developer’s Conference) regarding plot in games and how many players really finish their games.
Here’s the gist: “In games, plot is highly overrated… Players don’t remember plot. What they do remember, is they remember characters.” (Pulled from the presentation itself as posted by xtjmac510x)

Simon says (sorry, I couldn’t resist): “I feel one of the main reasons people (or just myself) can’t describe a plot to a game is not due to the medium but the length….I ended up investing at least 50 hours of time into Fallout 3, 27 hours into Dead Rising 2: Off The Record, at least 30 hours into Deus Ex: Human Revolution…A plot spread out over that time is just not as easy to remember minute details.”

and Fourm moderator huw says: “I think the comment about story not being important is a little wide of the mark. Maybe it’s secondary to good characters, but it does matter. Games don’t necessarily need a highly intricate storyline, but I’d be much less inclined to return to a game if the story was weak.”

Most poignant, however, was MightyMilton, who asks: “How does one “beat” Skyrim?” 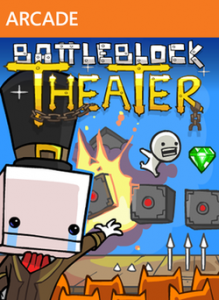 And finally for this week, IncredibleD started a thread asking that most enigmatic and existential of questions, “What games are you playing right now?” Here’s what we have so far:

IncredibleD is playing way too much, including South Park: Stick of Truth, Scribblenauts Unmasked, Battleblock Theater, and WWE 2K14.

joestate shared a heartwarming story involving classic RPG Earthbound. You should read it for yourself here.

Also, I’ve decided to try something new. I usually listen to music on Pandora when I write, and so this week I took a recommendation from the ever-popular “Top 5 Albums” thread, plugged the artist into a station, and let it play. This time, it was The Beastie Boys, suggested by lissapunch. While there was some great music–everything from old school hip-hop to newer acts with some old school influence–here were my five favorite songs:

I hope you enjoyed this week’s From the Forum. I would love to hear from you all about what you think about the column, ideas for future posts, etc.

Thanks for reading, and thanks for posting!