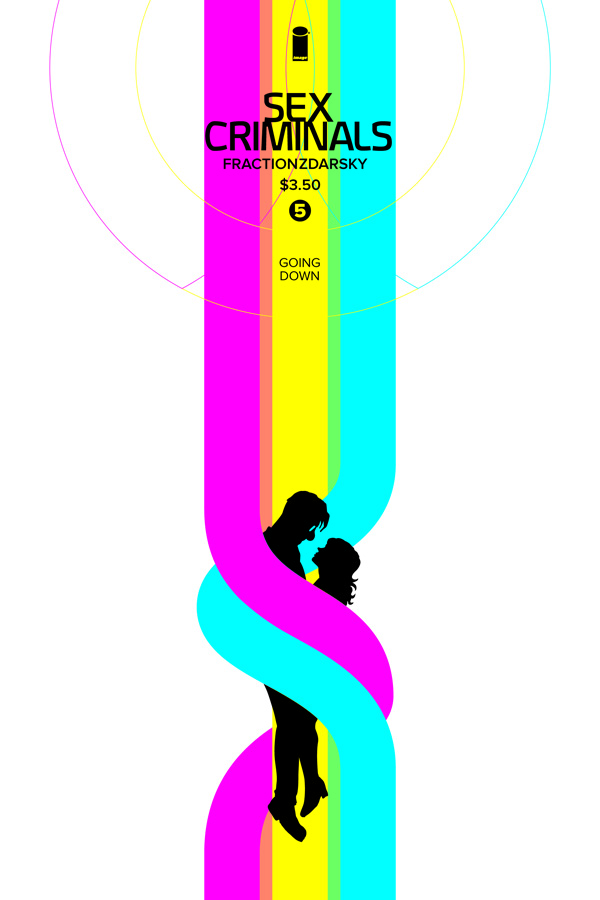 This is it, children. After issue #5, we go on a 3 month, Sex Criminal-free dry spell. But hey, you know what they say: breakup sex is the best sex, right? 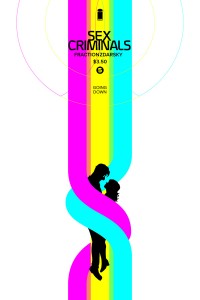 Issue #5 wraps up Suze and Jon’s first encounter with the sex police, who still remind me of something you would have seen on MTV about 25 years ago. Fashion not withstanding, however, Kegelface and the funky bunch are formidable opponents for our horny heroes. After Suze has a somewhat disturbing revelation about Jon, we get to learn a little more about Ms. Kegelface and how she conducts herself both inside The Quiet and outside. And, we finally get to see the last little bits of flashback about how Suze and Jon’s ill-fated bank robbery came about. And, of course, we also get to see how they get away to stop time another day.

Jon’s confession, Suze’s insecurity about him, the looming visage of Kegelface, and the daring escape from the sex police make issue #5 the most dense book in the series thus far. Fortunately, we’re back behind the camera with Suze for this one. I enjoy the floating narration that we’ve been getting from book to book, but truth be told, I think Suze is the more reliable character. She’s the one who is thinking ahead, trying to take precautions, and looking out for the both of them. Suze is the character that we all want to think we could be in a situation like this. Jon is the character we all are more likely to be–impulsive, reckless, and in denial that we could ever get caught. The biggest and scariest question that Sex Criminals #5 leaves us with, then, is what is a girl to do with a guy like that?

Sex Criminals is the best comedy book on the stands right now. Period. Not an issue goes by where I don’t laugh out loud. What I also find fascinating is that a comedy like this might not be able to exist anywhere other than comics. Sure, if Skin-emax decided to pick it up for an original series it might work, but there is a lot in this book that still seems like it’s too taboo for most audiences. So let’s all give a cheer and a clap for comics, because without Sex Criminals, there would be a small, kegel shaped hole in my heart. My only concern about the book is in the introduction of Jon’s mental illness. It’s not like he’s going to go on a killing spree or anything, but as a parent of a child with similar issues I will be interested to see how this aspect of the character is portrayed going forward. I’m sure that will be a big part of the next story arc, though.

Chip Zdarsky’s art once again knocks it out of the park. At this point, I can’t see this book without it. This story and this art are as inseparable as teenagers after prom. I can only imagine what it must be like to try and translate a story like this from page to panel, but Zdarsky does it in such a way that each frame is nearly pitch perfect. His colors are nearly perfect as well, and the trippy bubble effect that happens every time we enter The Quiet just put a smile on my face. Also, some of the best covers in the industry. I just can’t get enough of them.

Buy it. No joke, this is seriously funny stuff. I could see how it might be a little too risque for some people, but it’s also the most frank and honest portrayal of a budding sexual relationship that I’ve ever seen. And funny, did I mention funny? Issue #5 is the last of this arc and Sex Criminals is going on hiatus until June, so now is a perfect time to pick up the last few issues or the inevitable trade. I will say, however, that one of the strange joys of Sex Criminals is the opening recap and the sex tips in the back, and I don’t know if those will get printed in a trade.

One thought on “Sex Criminals #5 Review”