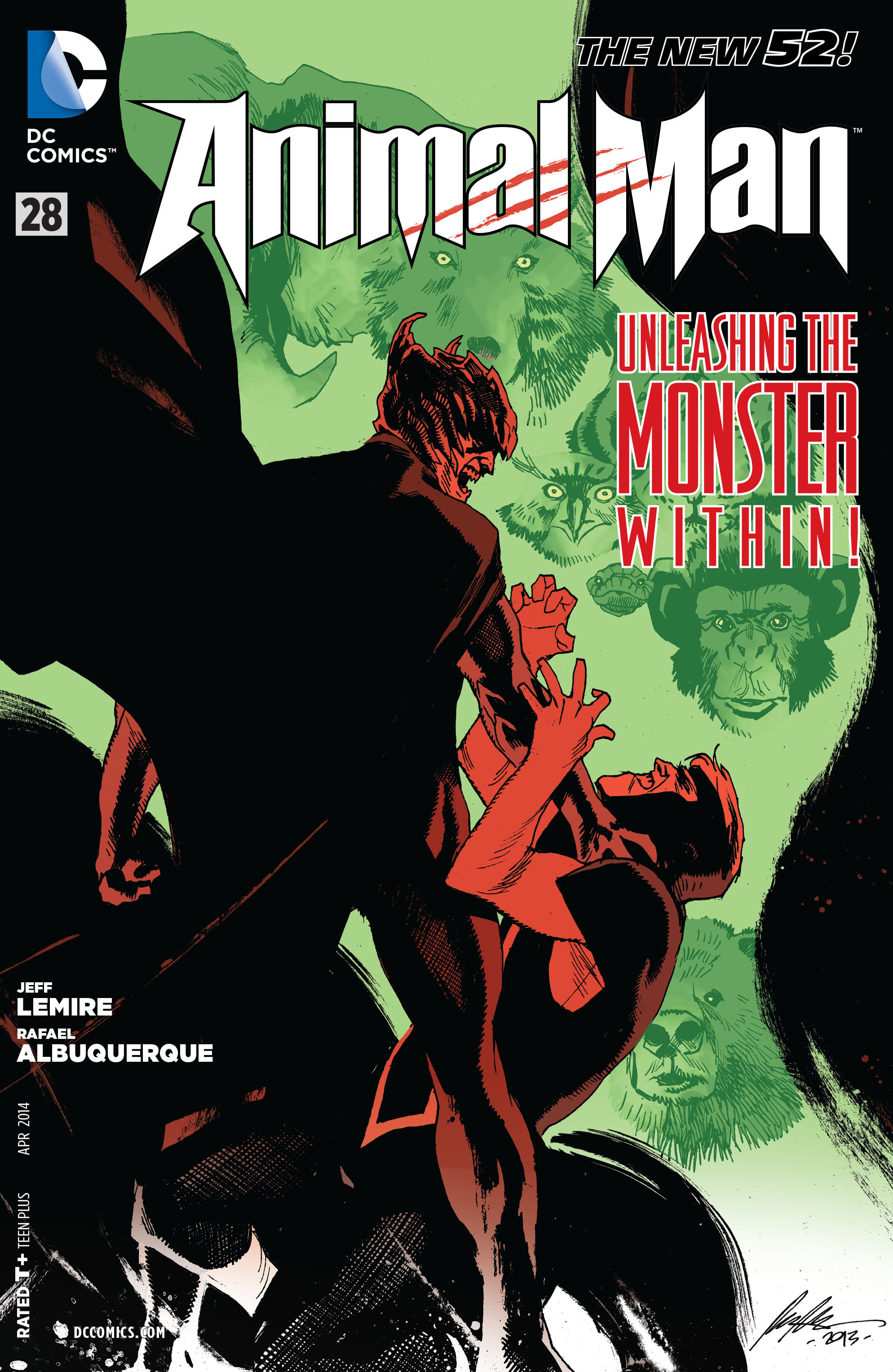 Animal Man is over. After this issue there is only one more–a wrap up issue as near as I can tell–and then the doors close and the lights go out. The story of Buddy Baker will continue in other venues, but I doubt we’ll see anything with his family anytime soon, which was really what made this title special. Unfortunately, while everything that happened in issue #28 made logical sense and moved along to the inevitable conclusion, this arc really fell apart at the end for me. 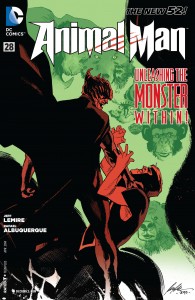 Brother Blood is in the Red, looking to eradicate Maxine and the denizens of that realm. Buddy is where we left him, squaring off against the last of the totems–the one who killed the others and aided Brother Blood. With his newfound cosmic powers, Buddy takes down the horned-one and speeds off to rescue Maxine. The youngest Baker is, I think, my biggest problem with this story. We’ve been hearing for 28 issues now how powerful Maxine is–more so than her father. Yet, we never get to see her really let loose, even when she and her mother are threatened. Instead, she bestows her power on another. The logical part of my brain thinks this is a perfectly reasonable solution: Maxine is very young and still just a kid in so many ways. However, the part of my brain that loves storytelling knows that this just isn’t a satisfying end to this arc that had been building since issue #21. I needed to see Maxine really let loose, and I needed to see Buddy and Maxine working together. I know it sounds cliche, but these things are cliche for a reason.

Once again, and for the last time, Rafael Albuquerque’s art is amazing. Readers of this series have been blessed to only have a few different artists over the run, and Albuquerque’s art is quite welcome among them. The only thing I don’t understand is why most of the panels were without a background. In this whole issue the realm of the Red seemed to be reduced to a orange-red smudge. Other than that, however, the art and colors in this issue were right up there with the best of the series.

Wait and see. The next and final issue of this volume of Animal Man will be drawn by Jeff Lemire as well as being written by him. As I said, I believe it will be a wrap-up issue–something that will establish the status quo of the Baker family going forward until the next volume of Animal Man, whenever that may be. I’ve loved this run from issue one, but I’m afraid that I’m not going to get that “stand up and cheer” moment with these characters that I feel like everyone whose been reading deserves. Don’t get me wrong–Animal Man is still a top-notch comic–but this little stumble at the end takes a little bit of the luster off the rest of the series. I can only hope that #29 manages to pull it all together and end on a high note.