Love is a very fragile and complicated thing. You have to work at it. It’s an emotion that requires your constant vigilance as well as a feeling that can often be impossible to describe to others. That said,  it looks as if the time has come for Alex to introduce his new live-in android companion, Ada, to the rest of his friends … this should be good. 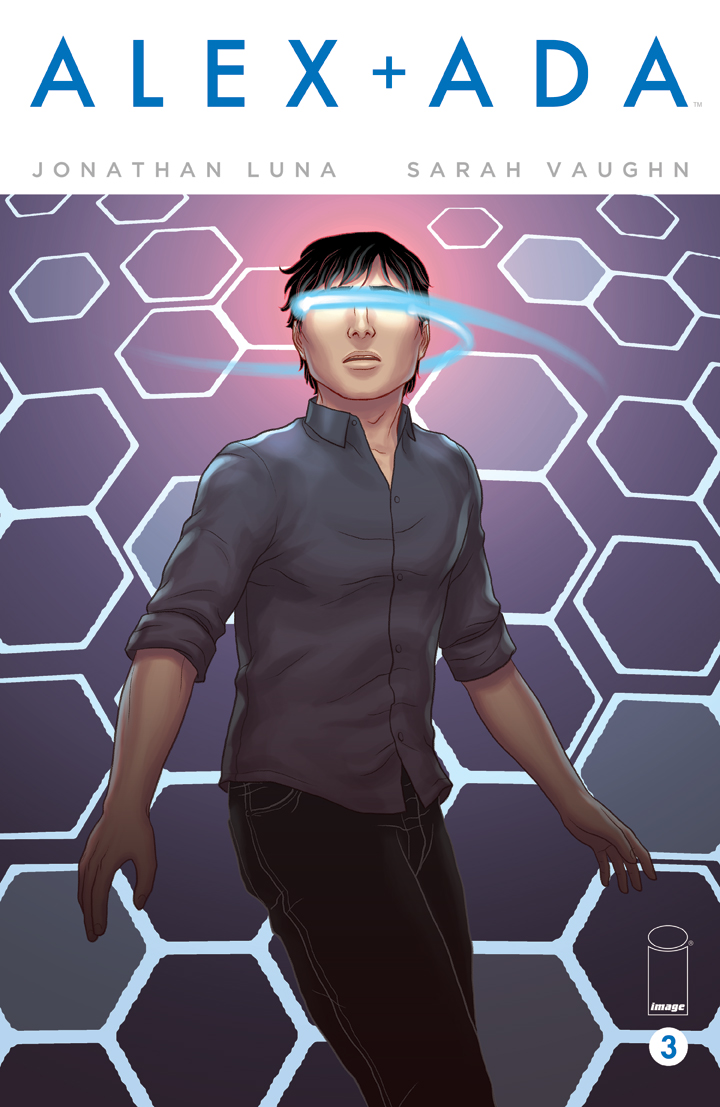 Make no mistake about it, Alex + Ada is a book that you should be reading. I’m not aware of any other book on the shelves today that’s establishing such a unique and endearing relationship between two characters as this one is. The odd tale of Alex + Ada is a breath of fresh air, and one that asks you to trust in Sarah Vaughan and Jonathan Luna’s slow burn approach to storytelling. Those who do will be rewarded with a book that, so far, has posed some mighty powerful questions to its readers.

How far will you go for a chance at love? Just how much of your identity are you willing to sacrifice at the possibility of making something that is already pretty good a whole lot better? I would imagine that these are just a few of the internal questions that Alex is struggling with  as we watch him explore the more unknown aspects of his newest relationship.

The thing I love about Alex so much is his curious nature – as well as his very obvious wanting to understand and appreciate his new female companion. He’s not a man who is content to be with a woman who simply obeys his every command and attends to his every whim. Good on him! He wants a woman with opinions, someone who will challenge and provoke him, and hot damn if that isn’t a mentality to admire in today’s unrelentingly chauvinistic society. “Shut up and make me a sandwich” t-shirts, guys? Really? Really?!

Also to the books credit, was the refreshing interaction between Alex’s small group of friends and his new “hot” bot, Ada. Whether it be Isabel’s bewilderment, Emily’s astonishment, Teji’s respect, or Jacob’s meat-headed quips, each of them reacts to Ada in their own unique way – offering a solid blend of perspectives upon which to view this peculiar situation. I both enjoy and appreciate that.

I’d also like to note that the art (stylistically) takes a nice leap in the second half of the comic as well. It’s impressive how something as simple as adding a new environment in which we can view our characters has allowed for a new spice to be the mix, one that I am very much looking forward to exploring the more we read on.

Verdict: I’ll say it for the third time in three months, BUY THIS BOOK. Start collecting it now before too many issues have been released and you begin to waffle internally as to whether or not you should jump on.

This review was written while listening to the song “I Feel Love” as performed by The Blue Man Group featuring Venus Hum.

* Fun Fact: I was actually in attendance during the performance shown in the video below … many years ago, obviously.