Over the past few days, Marvel has released puzzle pieces embedded with pictures of different Marvel heroes hinting at a potential wedding happening in April. Today the pieces came together to reveal the wedding of Deadpool in issue #27 of his ongoing series. The Merc With the Mouth is making his foray into All-New Marvel NOW with the event and Gerry Duggan wants to make sure people know that this is more than just a gimmick, it’s important to his story:

“…this is a knee-jerk reaction from a wounded guy to go out there and sort of do something crazy to sort of jump start a life, but there is a real emotional reason for doing it, so I think that will be the part that will resonate. Then the actual gags of the wedding will be fun too, but there is a real grounding to it, and that’s what will make it fun to explore. As for how long she’ll be around, I’m not 100% sure, because when you get close to Deadpool, that’s maybe when I start to think about adding you in my Deadpool.”

After the last arc in the series, which found Deadpool teaming up with Captain America and Wolverine, Gerry wanted to make sure that the book was always growing and getting better with time:

We played to our real strengths in that first arc, almost like tee ball. With the second arc, we were feeling a bit more confident and started to get a little darker. He killed his friend in that second arc, and with “The Good, the Bad, and the Ugly,” I think it matured. I’m a little worried now, you know, about sort of having total confidence. Do you risk staying on the stage too long? I’d hate to be the guy at the party that should have left an hour before.

Even with that said, Gerry and [co-author] Brian Posehn have big plans for the series that extend beyond the wedding:

“Yeah, we’re planning beyond the wedding issue, which is 27, and before long – certainly before 2014 is out – the way that Deadpool ships, we’ll have accumulated in two short years enough for a really thick omnibus, and that feels good.

The Wedding of Deadpool is happening in April with issue #27. What are your thoughts on Deadpool getting married? Who do you think the bride will be? Are you enjoying the run so far? Leave your thoughts in the comments below. 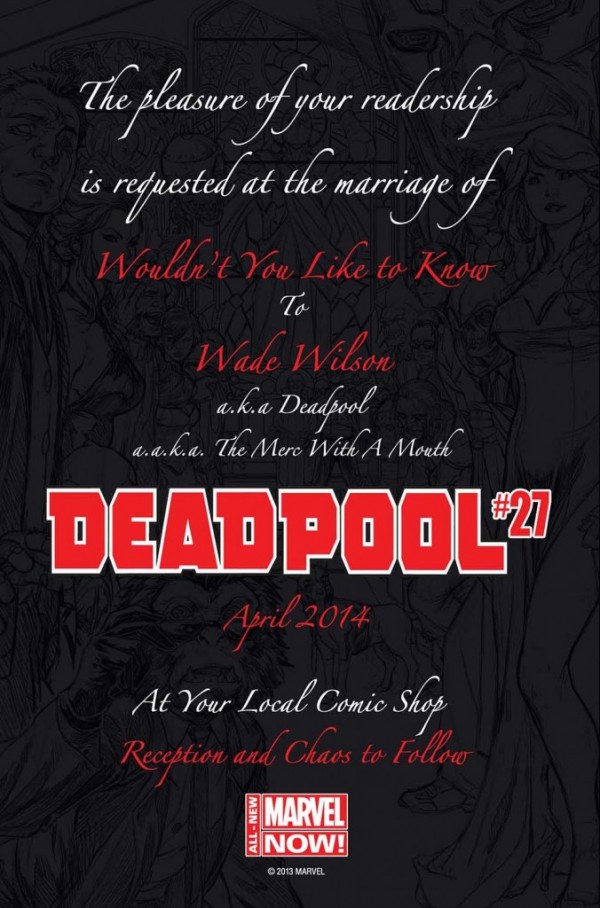 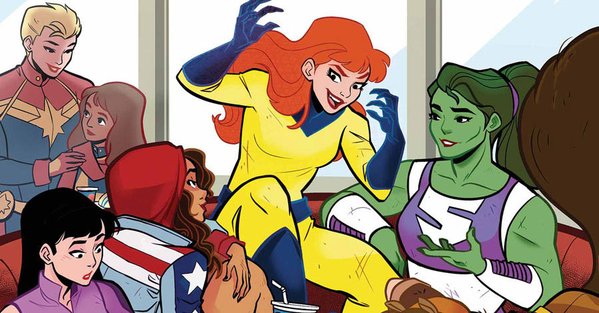