2013 was a big year for comics. Between the acceleration of the New 52 and Marvel NOW! initiatives, comic fans had a lot to look forward to from the two biggest companies. Image, Dark Horse, IDW, Dynamite, and BOOM! also kept fans happy with fantastic publications throughout the year. Some companies have hit hard times, others are enjoying renewed interest in their books, and fans are enjoying a diversity of material.

Women in the comic industry had a great (albeit not perfect) year as more and more comic fans vocalize their support for both female characters and creators. Let’s take a look at some of the highlights for women in comics. 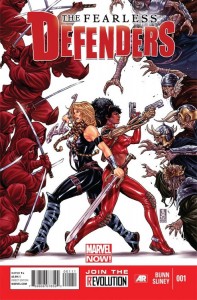 When Fearless Defenders hit stands February 6th, female readers rejoiced. Finally, a comic from Marvel featuring a diverse cast of women that had staying power. Interviews with Cullen Bunn, the writer, showed that he had a vision for this series. Will Sliney’s interior artwork brought the fun Marvel books today are exhibiting, and Mark Brooks’ covers were out of this world. Sadly, Fearless Defenders ended this year at number 12. 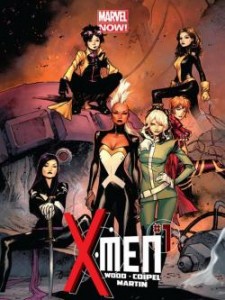 Along with Fearless Defenders, another all-women team came from Marvel. X-Men, from Brian Wood, was hailed as another team book, one that would continue to carry the same feel of the other X-Men titles published currently. Fans were promised epic fight scenes, group dynamics, and high-stakes storytelling. The only difference between this new series and other books was the cast. Ororo, Rogue, Kitty, Rachel, Betsy, and Jubilee proved to be a winning combination of mutants. With no signs of slowing down, X-Men will continue to be a fantastic comic series to read in 2014. 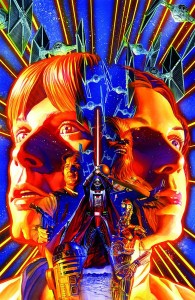 When Dark Horse announced a new Star Wars series from Brian Wood, people paid attention. With the same title as the original movie, Star Wars takes place shortly after the Rebels destroyed the first Death Star. Wood follows the Rebels and the Empire as they both regroup and recharge. While the Rebels must find a new base, the Empire makes adjustments to how they need to approach the Rebels. What makes this comic series a great moment for women in comics is how Princess Leia is portrayed. From the first issue, we see her gunning down TIE fighters, giving troops orders, and displaying the grace expected of a princess. Throughout the first 12 issues, we see her heartbreak over her destroyed planet, jealousy when Luke has eyes for another pilot, and the extent to which she is willing to sacrifice for her cause. Strong female character does not even begin to describe what we see in this comic series.

It seems like Jordie Bellaire’s name comes up everywhere you turn. Bellaire is a colorist for Marvel, Image, DC, Valiant, and many others. Her books run from the surreal Pretty Deadly to the heroic Captain Marvel. If there is one colorist you should be paying attention to, it’s Bellaire. 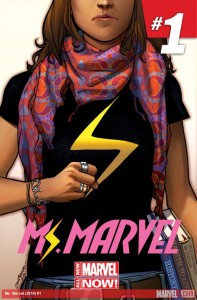 While technically not even close to being a comic from 2013, the announcement a few weeks ago justifies its presence on this list. Captain Marvel wrapped up its final volume with issue #17 (don’t worry, it’ll be back) with a brief image of a young Pakistani-American woman with incredible powers. Soon, fans were introduced to Kamala Khan, our new Ms. Marvel. Hopefully Marvel will continue to introduce new, diverse characters throughout 2014. 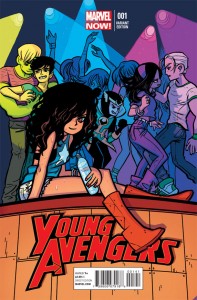 While Young Avengers is not an all-female title, it does have some of the most positive portrayals of teenage women out there. Kate and America are two valued members of the team. America is a Latina teen that kicks butt quite often, and Kate showcases her archery prowess as one of the older members of the team. Kieron Gillen and Jamie McKelvie understand teens, especially how young women behave. 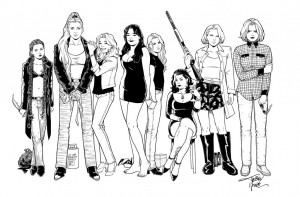 An oldie but a goodie, the Strangers in Paradise omnibus is a must-have for any comic collection. The story of two intimate friends, Francine and Katchoo, Strangers in Paradise offers one of the most realistic views on romance, friendship, and women. Despite being twenty years old, it continues to offer fresh perspectives on what it means to be a woman in love. 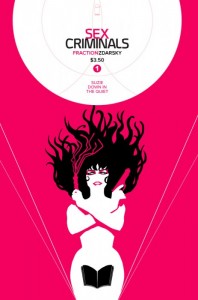 Speaking of a woman in love…Suzie and John were introduced to us this year in Sex Criminals. These two people can stop time with sex. What’s remarkable about the series is how Suzie is treated. Too often we see women who are shamed for sex in the media. Here, we see how much Suzie loves sex without attaching negative stigma to the act. Pretty cool, huh? 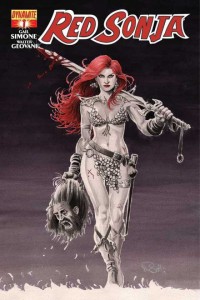 Thank you, Dynamite, for pushing Gail Simone’s run with the She-Devil. It is difficult for many female readers to be interested in a female warrior in a chainmail bikini (probably because we know that’s not even practical), but attaching Simone’s name to Sonja changed everything. With Simone at the helm, it was safe to try Red Sonja. Readers knew what they would be getting when they gave this character a try: a woman with a good sense of humor kicking butt and taking names. Simone also reached out to other women in comics to write Legends of Red Sonja, an anthology of the character. Both comic series have helped revitalize the character. 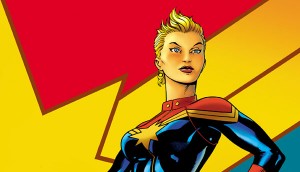 How can we talk about women in comics in 2013 without mentioning the Carol Corps? For those in the dark, the Carol Corps is the name chosen by fans of Captain Marvel. There is no better example of the power of female fans in comics. The Carol Corps use social media to reach out to one another, helping fans get copies of the books, specialty-made items (dog tags, lucky hats, clothing…), and offer emotional support to one another. It is, more or less, friendship built through fandom.