Thanksgiving Day is upon us in the United States and the Talking Comics crew lets you know what they are most thankful for in the world of comics. From Kelly Sue DeConnick, to Daredevil, and all the way around to you our loyal listeners it has been a year to remember. 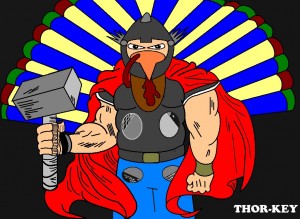 Books of the Week include: Daredevil, Fairest in All the Land, Sex Criminals, Uncanny X-Men, Harley Quinn #0, X-Men #7, Imagine Agents and more!

Also,  Is Paul Rudd Ant-Man? Is Moon Knight back? Plus learn the striking similarities between Alan Moore and Bob Reyer!