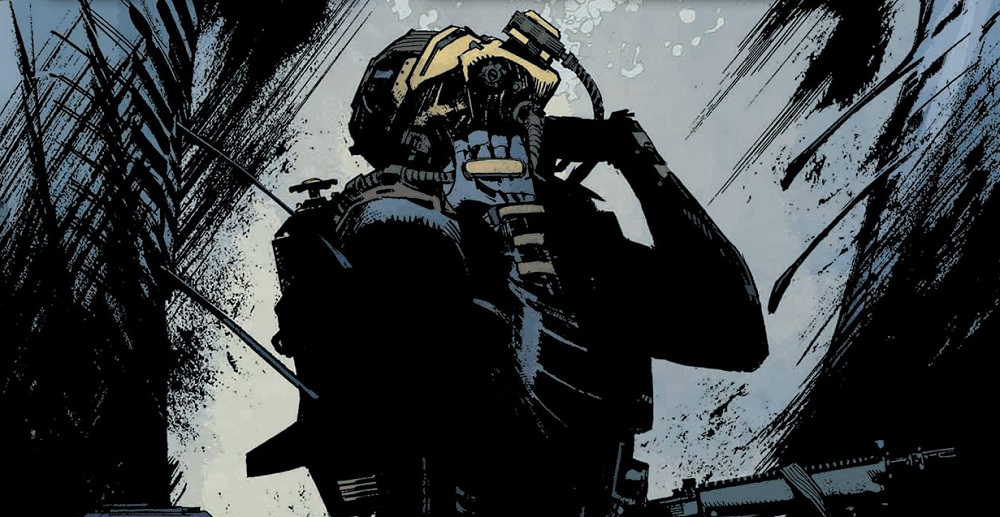 Just a suggestion to Scott Snyder, Sean Murphy, and the rest of the crew behind The Wake: the next time you throw an issue like this one at us, you might want to publish it on some sort of water resistant material to guard its pages from the countless beverages that will be spat upon it in shocked astonishment.  Oh, and it should come with a pack of tissues to mop up the mess of tears that the issue will have undoubtedly caused to spurt from our eyes.  But seriously folks, in terms of knocking-you-on-your-ass value, The Wake #5 is way up there.  It’s exciting, it’s heartfelt, and it’s insanity-inducing once you realize how long you have to wait for its next installment. 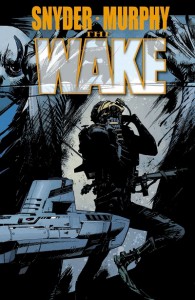 Trapped at the bottom of the ocean, surrounded by thousands of monstrous sea creatures lead by their angry gargantuan papa beast, and cut off from the rest of the world, Lee Archer and the crew of the Ghost Rig are quickly running out of time and options.  Nothing, however, can prepare them for what will come next in this nightmare in the deep.

This might be my favorite outing for Sean Murphy so far in this series.  His artwork has been stellar from the start, but his use of shadow and depiction of the sea beasts’ gracefully efficient movement really captures the eerie splendor of these creatures and the world they inhabit.  You know an artist has done something right when you cannot imagine a book without him drawing it, and that’s certainly something he’s achieved here with The Wake.

The Wake #5 is one of those issues you read and then dread reviewing because you don’t want to give even a single morsel of it away to your readers.  So, that being said, I will simply say this: Scott Snyder takes a huge risk in this issue with the overall story.  One that, if it had not been executed with just the right amount of care, would have blown up in his face.  But it doesn’t, and thank the great sea-gods for that.  Instead we’re left with a rollercoaster ride of a comic, one that will entertain, mystify, and make you afraid to go back in the water.

Buy, and brace yourself for, The Wake #5.  It’s a highpoint in this already awesome horror/sci-fi series, one that will leave you shaking your head in all the best ways.