Have you ever been to see a really great cover band? One that plays the songs just like the album you love so much, one that has really good singers, guitar players and a hell of a drummer? You know the one I’m talking about, the band where you leave the bar saying “Man, they are almost as good as the real thing.”

That is Batman: Arkham Origins. 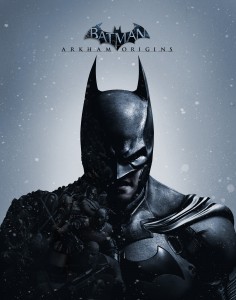 Origins is the third installment of the vaunted Arkham franchise and the first to be developed by someone other than Rocksteady, ( it’s from Warner Brothers Games Montreal). It tells the story of a Batman only a few years into his crime fighting career.  This Caped Crusader is still a myth, a vigilante nuisance who is hated by the cops and, is himself, an angry young man who hasn’t quite figured out how to be the best Dark Knight he can be.

The narrative of Batman: Arkham Origins takes place on Christmas Eve in Gotham City. You see Bats has pissed off the mobster Black Mask one to many times and so Mask has decided to put a 50 million dollar bounty on his head. This large sum of cash causes 8 deadly assassins to descend on the city, all with aim of taking the Batman out of the picture. 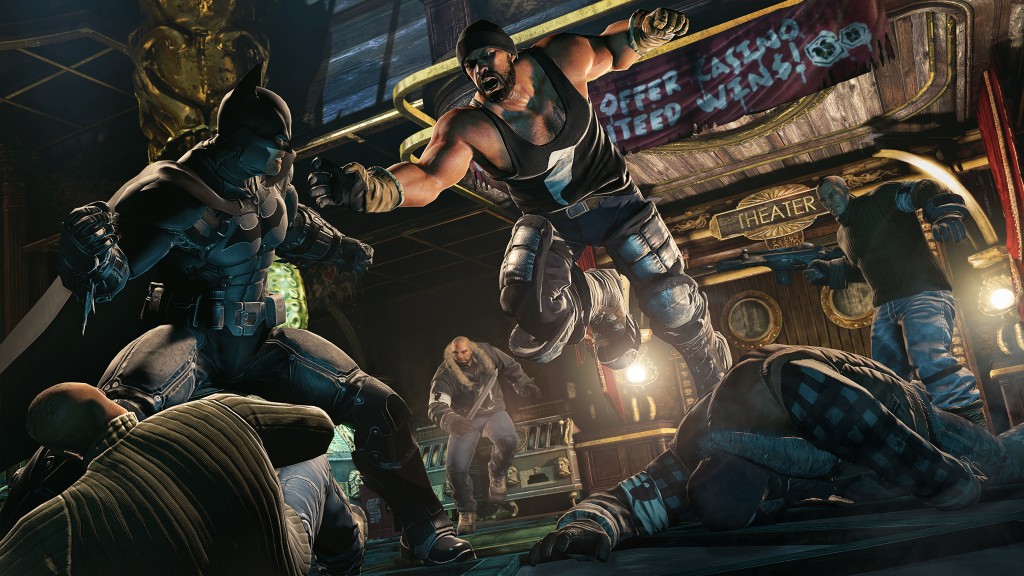 Here is the simple truth. I still had a great time playing Batman: Arkham Origins.  There is something about punching crime in its stupid face that is supremely satisfying. Sure, there may be frustrating hiccups, (which I’ll get to later) but the range of gadgetry and the new combat scoring system make it an extremely engaging game to play.  The fact that you are graded on each encounter was at first bothersome to me, as I tend to value immersion in the world over gamey mechanics. However, as the story progressed, I found that it became a constant motivation for me to be better at the moment to moment game play.  I wanted to vary my techniques and eliminate my opponents faster because of this I felt more prepared for the difficult battles at the end of the story.

The narrative itself was a bit mixed bag, but what I do find admirable is that it attempts to get more into the psyche of Bruce Wayne. This is a tale, not just of Batman reacting to a bad situation, but of learning why he does what he does. The brash, callous nature of this Dark Knight, especially in his interactions with Alfred, is a fresh departure from what we’ve seen previously.

Another new wrinkle WB Montreal brings to the table is the enhanced detective mode. What was once essentially just “Batman Blood Hound” is now an engaging game mechanic that gives the player something to do when they don’t feel like putting criminals in traction. I loved breaking down each individual crime scene and the rendered reenactments really made me feel like the World’s Greatest Detective.  Some of the revelations produced through these sequences were as thrilling as any combat sequence and because of this I wish their were a few more story based iterations of the detective mode.

If there is anywhere that Batman: Arkham Origins succeeds above and beyond where its predecessors did, it’s in the ingenuity of the boss encounters. Each altercation challenges the player to use a different skill set or gadget, and while some work better than others, they all put an entertaining spin on the entire boss fight concept.  The pinnacle of these is the Deathstroke fight which I can say, without any reservations, is the best single battle in any of the three games. It’s challenging while being fair and offers a level of intensity that is unmatched.  The only shame is that it comes so early in the game, and so the later fights seem less thrilling. It’s not a damning shortcoming, but it highlights the underlying problem with all of Origins. 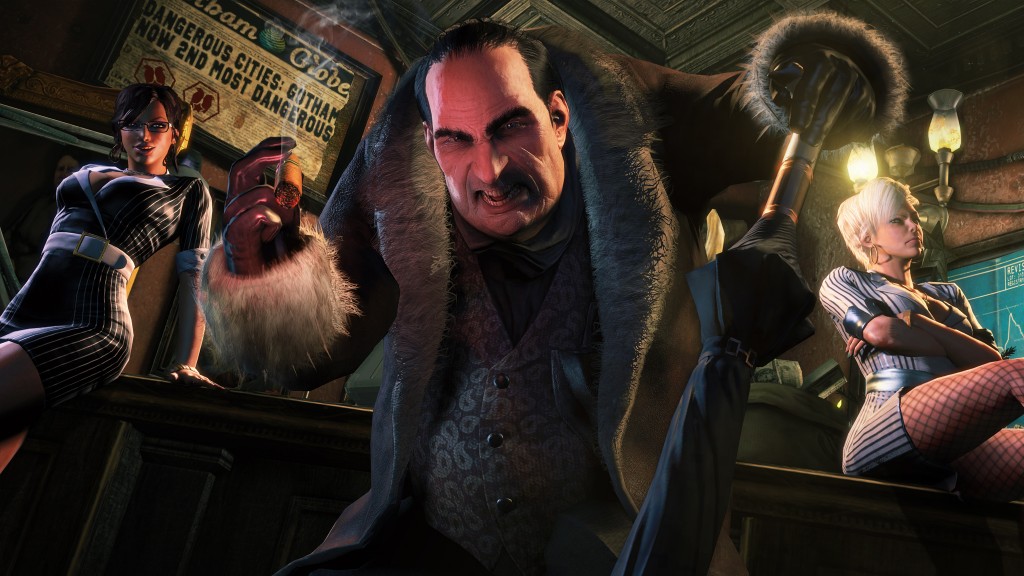 Batman: Arkham Origins  is rife with little issues that continually hamper the experience.  In Arkham: Origins the fluid, near perfect hand to hand fighting mechanics have become clunkier and less forgiving. In past games the amount of time you had to counter an opponent coincided directly with how long the on screen”counter” prompt remained visible, but in Origins I found myself repeatedly taking damage when it seemed I should not be.  The window the player has to counter an incoming attack has been drastically shrunk, and yet the on screen prompt duration has not been. Couple that with instances where the bad guy attacking me came from off screen and  you get a stack of frustrating moments where momentum and life is lost due to bad mechanics. There is always the possibility this move was made to show Batman’s newness on the job, but that is not explained anywhere in the game itself.

Then there is the narrative in Arkham: Origins. As I mentioned earlier the game was billed as a Tales of the Dark Knight type story, one that features a young Batman who must survive a 50 million dollar bounty put on his head. This is how the game begins, but near the half way point the story being told veers off into an unforeseen, but somewhat safe direction. Make no mistake, the second half of the game is very good, but its radical departure from Origins starting point renders the first half somewhat irrelevant. I will not go into story spoilers, but I will tell you, if you are expecting a game that features Batman taking on all eight assassins within the main story, you will be sorely disappointed. In fact, I went through the entire central narrative and a chunk of the side missions without ever encountering Deadshot. This is an open world game and so the pace, and breadth, of discovery will be different for everyone, but this lack of fulfillment when it comes to the core premise was disconcerting.

On their own these are gnats and niggles, but when you combine them with a hornet’s nest of glitches, freezes and navigational issues, you get a title that is just a little less than its predecessors.

Batman: Arkham Origins is full of inconsistencies, odd story choices and lacks the polish of the previous Rocksteady games. However, that doesn’t change the fact that the overall experience of the game is still very solid. The combat, though it can be frustrating, still gives the player the thrill of being The Dark Knight and the main storyline, while disjointed, features fantastic voice acting and an engaging take on the Bat mythos. In the end the main problem with Origins might not be the game itself, but the sense of sameness we get from this franchise as a whole. The landscapes are similar, the combat is similar and even the storyline falls into well worn territory.  I think there are big things in store from WB Montreal, but here they feel like they are stuck trying to recreate the riffs that Rocksteady has all ready perfected. You will have a good time with this game, maybe even a great time but you will finish saying, “That was almost as good as the last one, almost.”