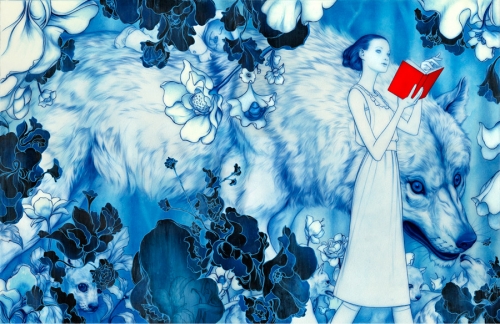 Bill Willingham’s long running series is coming to an end after over 10 years. The series will come to a close at Issue 150 in a little over a year. Not much has been said on the subject yet (an exclusive interview is to follow over on Newsarama), but the post on Bill Willingham’s web site reads:

“After more than ten years of publication, and hundreds of issues of Fables, and various Fables-related works, I have decided the time has come to begin the process of bringing our sweeping story to a close. And, along the way, I’ve decided to retire from a great deal of my comics work.

Retirement in the storytelling trade means, still working and writing every day, but being a bit more selective in what projects I take on. Pushing 60, I thought it would be a good time to start making concrete plans for those remaining good writing years.

Fables will end with Issue 150, which will be a larger than usual size, as were many of the other milestone issues. Fairest, our companion series, will also come to an end just before the big final Fables issue.
Both DC and I will announce more details later on, but first and foremost I wanted to let our wonderful readers know about this as soon as I could, and note that our story plans leading up to Issue 150 made it increasingly clear that this upcoming saga should naturally be the final story.

Of course Mark is already well aware of this and said, “I respect Bill’s decision and am looking forward to working with him on the book’s epic final year, leading to the series’ grand finale.”

Newsarama is going to have more details, and I’ll link to their story as soon as it’s ready to go.
Let me restate my thanks to the best, sustained readership in all of comics. I promise to do my best to make the coming year in Fables a great one.”