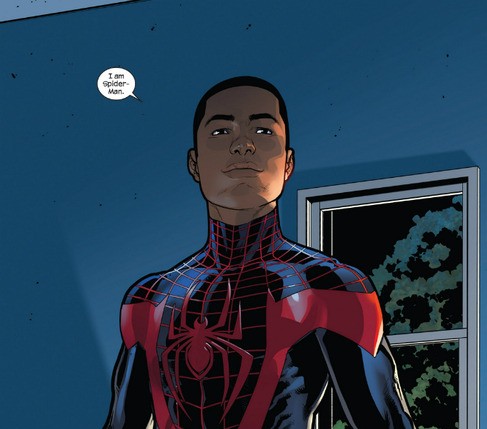 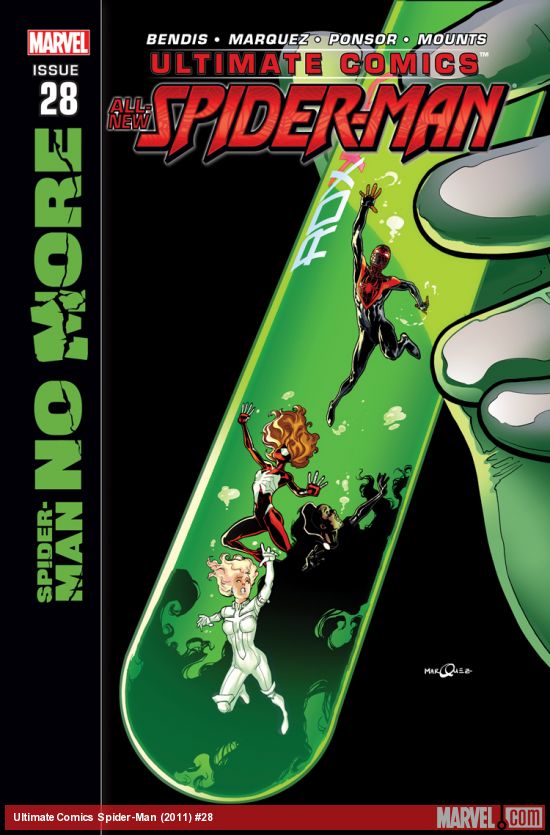 I don’t get emotional about movies, comics, video games, etc. I don’t get mad about continuity problems or other inconsistencies. I don’t lose it when a show I like gets cancelled. I am, however, terrified about Ultimate Spider-Man. This might be the best comic on the shelves right now, and with the fate of the Ultimate Universe uncertain with Cataclysm, I am genuinely scared for the characters who inhabit this book.

Here’s the problem with Ultimate Spider-Man, though: the rest of the universe keeps getting in the way. The only hiccup in 28 issues of great storytelling was the Divided We Fall/United We Stand event, and even then Spidey managed to have the best book in the series. Now we stand on the horizon of yet another line-wide crossover, a cosmic one no less, and it just seems like it will be one more interruption in the middle of an otherwise amazing run.

Issue #28 marks the end of Spider-Man No More and is the last issue before Cataclysm takes over the Ultimate Universe. Bombshell, Spider-Man, and Spider-Woman have been incapacitated by Taskmaster and are in trouble. Fortunately, they are not entirely helpless, and before too long Cloak and Dagger join the fight. Jessica Drew gets all the evidence she needs that Taskmaster was hired by Roxxon, and the gang head over to settle some scores. The best part of the book, even though there is some awesome action and fighting, is where Spidey hangs the Roxxon CEO out and window and just listens to him spill his guts for two pages. Leave it up to a top notch team like this to keep a dialog heavy scene like this visually interesting. We all knew that Miles wouldn’t drop the mantle of the Spider forever, but when we get that moment where he confirms his destiny, it still tugs at the heart strings.

The art is, as it ever has been, exceptional. Dave Marquez and Sarah Pitchelli–the other main artist for this title–have established a “look” for this book that makes it stand out while also being delightfully consistent. The lines are smooth and the characters are expressive without being cartoony. And, as always, the colors and light effects are the best of the best.

Buy it. See what Ultimate Spider-Man is like outside of the big events and before the universe changes into who-knows-what. I’ll have my fingers crossed, my voodoo dolls out, and my rabbit’s foot handy as Cataclysm begins, hoping beyond hope that Marvel has the smarts to keep Miles swinging.