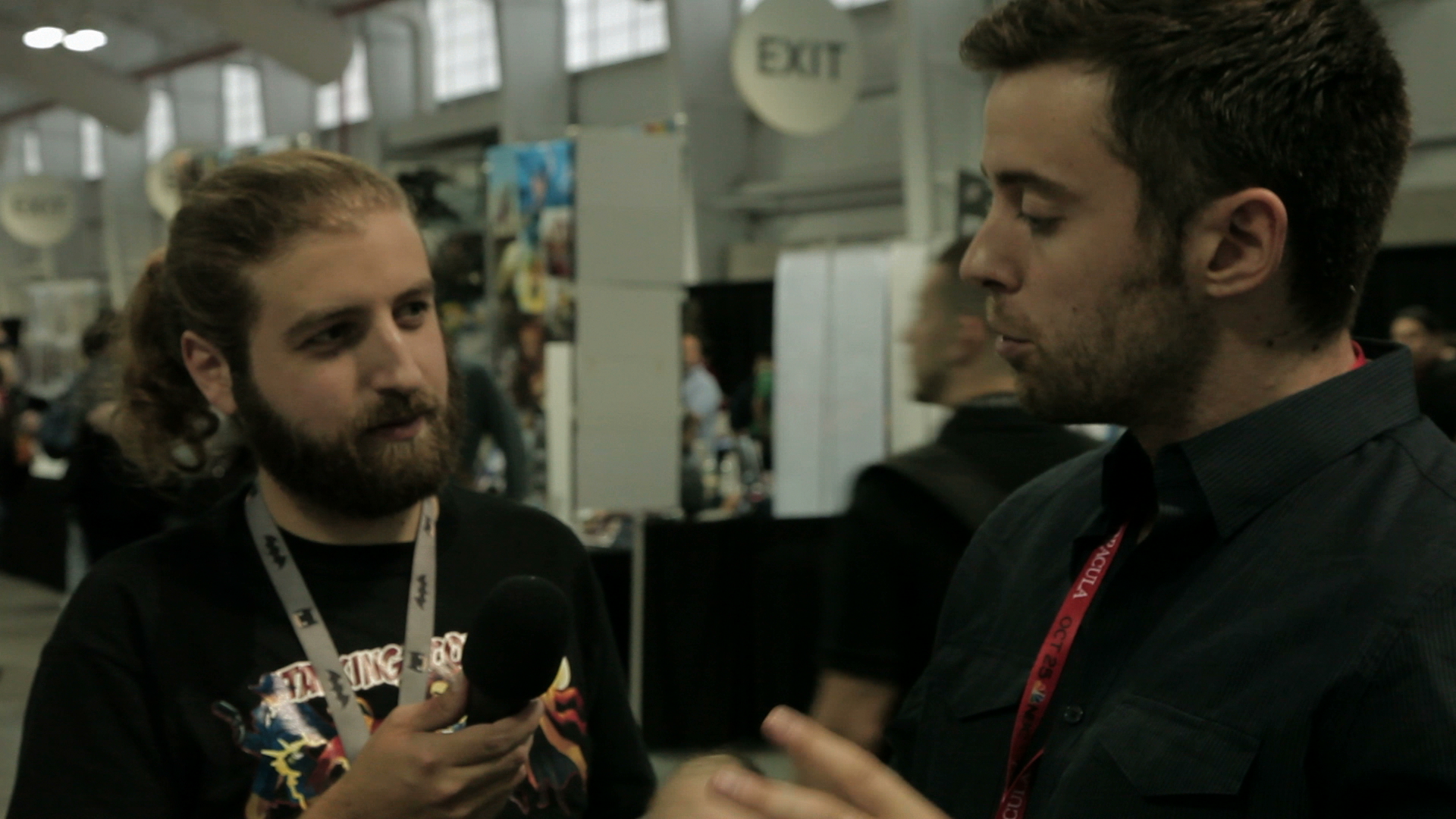 NYCC is over, but there is still more to bring you from the halls of the Javits Center. Like last year we have  a giant slate of interviews that Steve and Bobby compiled during the weekend. Included here are chats with Brian Wood, Taran Killam, Marc Andreyko, Royden Lepp, Stephanie Hans, Joshua Williamson, Will Sliney, Jane Espenson, Mike Del Mundo, Becky Cloonan and more!

If you want to help Steve Niles and his family recover from the flood at their house make a PayPal payment to HelpSteveNiles@gmail.com.

Below is a statement form Mr. Niles:

“Woke up at 6am to water rushing into the house. Already ankle deep by the time we saw it. We got as much as we could off the ground and tried to block but there wasn’t much we could do. The worst was trying to get to Gil. It was waist deep almost and strong enough to throw around logs. I reached him and he was submerged and freaking out. Don’t remember much more then lifting him and carrying him all the way back to the house. Looking back I can see how scary it was.”

We are securing the house as much as we can and going through the damage. A scrapbook full of original art I’ve kept for 30 years is gone. A lot more.

Our friends Belinda and Steve are setting up a fund to help. I feel terrible about this but once things settle I’ll have to face up that we need help. I just wish I could catch my breath for 5 minutes and I can make my own money. Austin has had other ideas I guess.

We’ll keep you posted. We’re sort of trapped here for right now. Going to pack and move as much as we can before the next storm hits.

Thank you guys so much.”