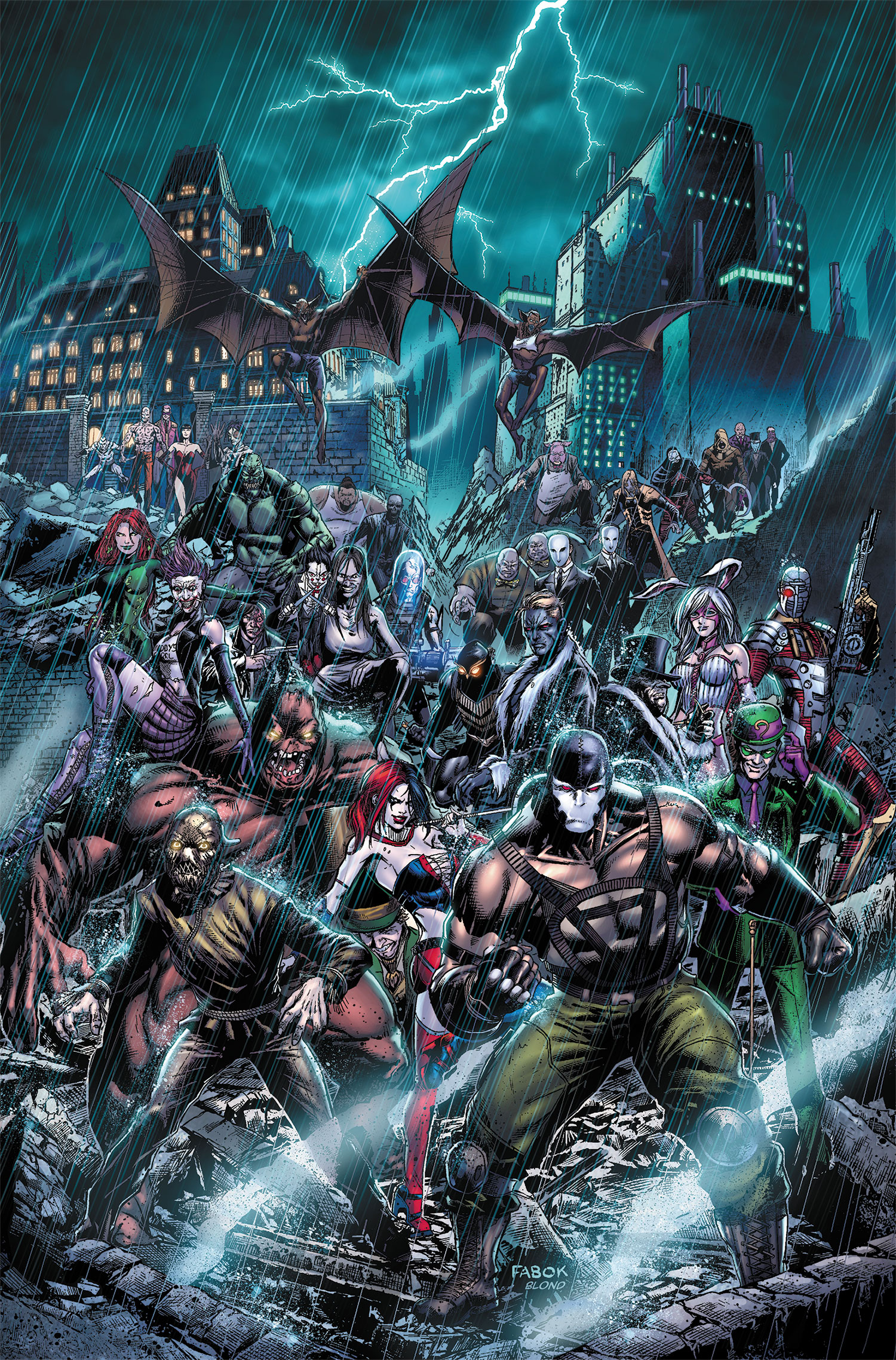 Now that Villain’s Month is over and the Forever Evil event moves forward, it’s time for tie-ins! First up is Forever Evil: Arkham War. Continuing from the events of Batman #23.4: Bane, Arkham War takes place in Gotham during the chaos that is current continuity. After Arkham Asylum was liberated, the inmates have divided up Gotham like a very gloomy birthday cake. Now, Bane has touched down in the city and is working to take over the place piece-by-piece under his own rule.

I’m not going to say that Arkham War is without problems, but I would be lying if I said i didn’t enjoy it. The art here is head and shoulders better than the Bane one-shot, and we actually get some plot points that will make this a fun series to follow going forward. Pete Tomasi has done some good work here turning a story that has little to do with Forever Evil proper and making it entertaining and even a little relevant.

As for the negatives, a couple of moments in the issue were either too long or just too much. Professor Pyg is a semi-prominent character in this leg of the story and is one of my least favorite characters in the DCU. This is a personal issue, to be sure, but I could have done without him altogether. Also, there is a scene between The Penguin, who has declared himself mayor, and Scarecrow that just takes too long. While their dialog offers some backstory as to how the city has been sliced up, it’s information that could have been better delivered.

I am happy to say, however, that the art is awesome. Bane looks like a bonafide badass and the rest of the characters in the issue are expressive, powerful-looking, and just plain cool. The locations around Gotham look great in their destroyed and chaotic states, and the colors in various scenes help to ground us in those locations. All in all, it’s a huge improvement over this story’s prologue.

Buy it. If you are enjoying Forever Evil and want to see what is happening in a Batman-less Gotham, take the chance on Arkham War. It’s not a perfect issue, but Pete Tomasi continues to demonstrate that he has a solid handle on Gotham and all its baddies. And what could be funner than seeing what kind of trouble the mice get into while the Bat is away?