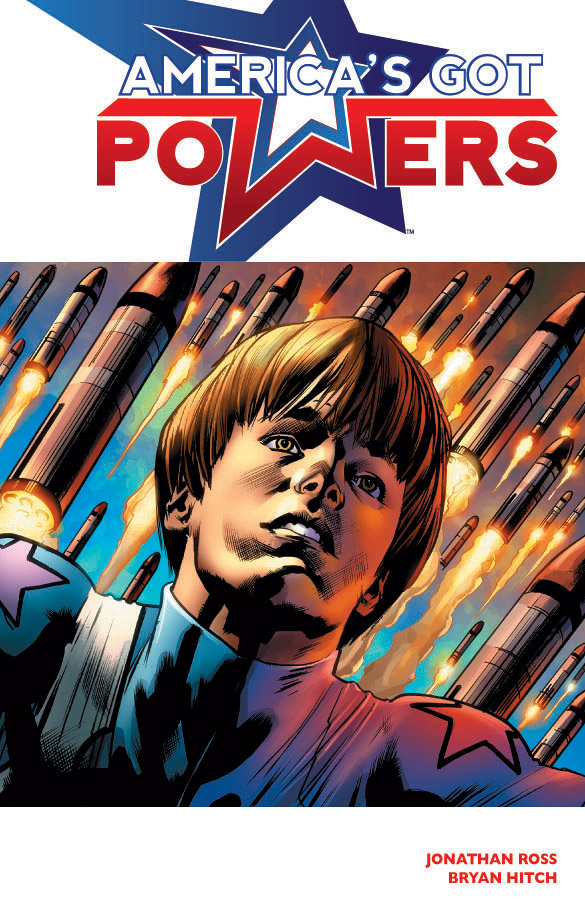 If America’s Got Powers was an actual reality-game show, we would have had a second season winner by now. Issue one hit the stands in April of 2012, and now, a year and a half later, we are finally at the end. The series was originally only supposed to be six issues, but May solicitations revealed that the series would get one more issue to wrap up. The question I have is whether it wouldn’t have been better without.

Issue #7 is hard to get a handle on. This is the end of the story, but the book seems to have a few endings, one after the next. I will try as best I can to explain without spoilers. We have long since found out how Tommy Watt’s “Zero power” works, but issue seven shows us another application that stretches belief almost to the breaking point. In fact, the issue seems to back-pedal on the established physics of the world in a few different ways, including a point where a character “runs out” of power. But, even more improbable, Tommy seems to have anticipated these twists, despite seeming to have very little understanding of his powers up to now. About halfway into the book there is a pretty cheesy moment of heroism from Tommy, we are given the origin of the crystal–which is more than a little anti-climatic–and ending #1 follows. Things wrap up in a nice little bow. The following two pages make for ending #2, where some unnecessary but not terrible follow-up is delivered, and belief stretches even a little farther. But then, on the final page, we get one last twist to the story that is not only completely extraneous but also feels like a feeble attempt to create possible sequel opportunities.

Bryan Hitch’s art is, of course, quite good. What struck me throughout the series is the resemblance that certain characters have to real people. It has already been said that Professor Syell was modeled after David Tennent, but the resemblance of the US president in the book to our current president is unmistakeable. And, my favorite of the bunch, the main “villain” of the book looks a lot like a female Republican vice presidential candidate from about eight years ago. Whether these lookalikes were added to give the story more of a tether to reality or more of a cinematic quality, I’m not wholly sure. For me, all it really did was provide an amusing aside to the characters that was smile-worthy at best, and distracting at worst.

Wait and see. Despite my harsh take on the end of this story, the beginning had a lot of promise and good ideas. For those interested, I will recommend the inevitable trade. Image has been doing a great job getting the trades out quickly and for very reasonable prices. As for me, I will be wary of mini series that add issues in the future. I’m sure that the extra pages could do well for some stories, but for America’s Got Powers, a shorter final act would have been better.