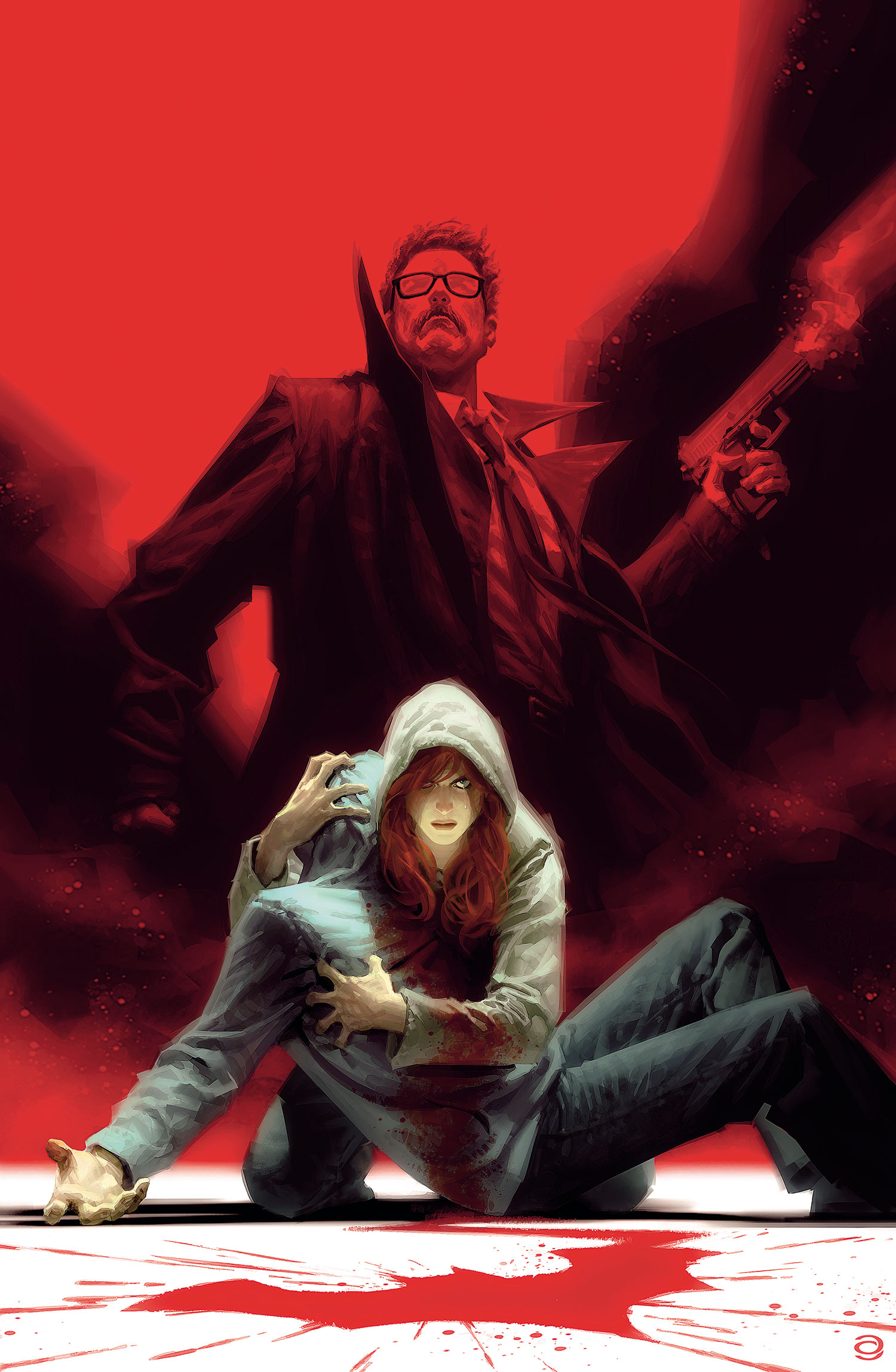 Man, Gail Simone puts the Gordon family through the wringer issue by issue. Don’t forget how the Joker tortures Barbara Gordon Sr. and gruesomely severs her finger during Death of the Family. Or James Gordon Jr. pulling a gun on his own mother and forcing Batgirl to “kill him” in self-defense. Could anything be worse than Barbara abandoning the cowl? Or Commissioner Gordon pursuing Batgirl in a manhunt? Readers are about to find out in another high-stakes issue of Batgirl.

In Batgirl #23, Commissioner Gordon does what some fathers threaten to do at some point–shoot their daughter’s boyfriend. Okay, he didn’t exactly pull out a shotgun in his backyard after Barbara misses curfew. Extenuating circumstances including a gang turf war, guns and high-tech weaponry exonerate the elder Gordon from blame in this case. Tell that to Barbara, who begins the issue holding Ricky as he bleeds out on the floor. No wonder why Barbara passes out on the couch at home once she escapes the police. Gail Simone has such an intuitive sense of Batgirl’s voice and her reactions ring true to the horrible, emotionally-scarring situation.

I’ll admit, I briefly dropped Batgirl about ten issues ago. The villains weren’t working for me and Barbara’s personal life got shelved to establish a darker tone. Then I got pulled back in by Simone’s compelling narrative on sibling rivalry in Batgirl #19. Since then it’s been a gripping read on the top of my pull list. This issue is particularly satisfying for long-term readers because of unexpected character appearances that fit into the larger narrative of Simone’s run (no spoilers, I promise).

How sweet is that cover? The image conveys tragedy from the use of saturated colors to Barbara’s haunting expression. The interior artist, Fernando Pasarin, does an exceptional job capturing Commissioner Gordon’s anguish through panel layouts and body language. A few of the facial expressions look strange, but overall this issue maintains consistent quality with a great scene showing Barbara’s home life.

The Verdict: Buy It! Honestly, this book keeps the stakes high by making good use of Batgirl’s supporting cast and drawing on her personal life. If you haven’t been keeping up, this is definitely not a good jumping-on point. Preferably, go back to Batgirl #19 to get some context on Commissioner Gordon’s beef with Batgirl.